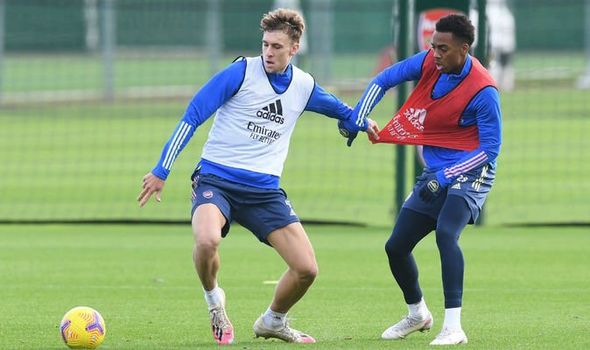 Arsenal fans most certainly have high expectations for youngster Nikolaj Moller. The 18-year-old centre-forward joined the north Londoners’ Under-23’s squad in October from Swedish side Malmo for an undisclosed fee.

Moller has been in red-hot form since moving to Meadow Park this summer, scoring three goals in three appearances for Steve Bould’s side.

The Swede’s impressive form saw Mikel Arteta recently invite him to take part in training with the first-team, an opportunity he grabbed with both hands.

Moller – who drew comparisons to a young Zlatan Ibrahimovic before joining the Gunners – was over the moon to have trained with the first-team, sharing snaps of himself during the session to Twitter.

His tweet was inundated with replies from Arsenal fans, some of whom continued the Ibrahimovic comparisons. 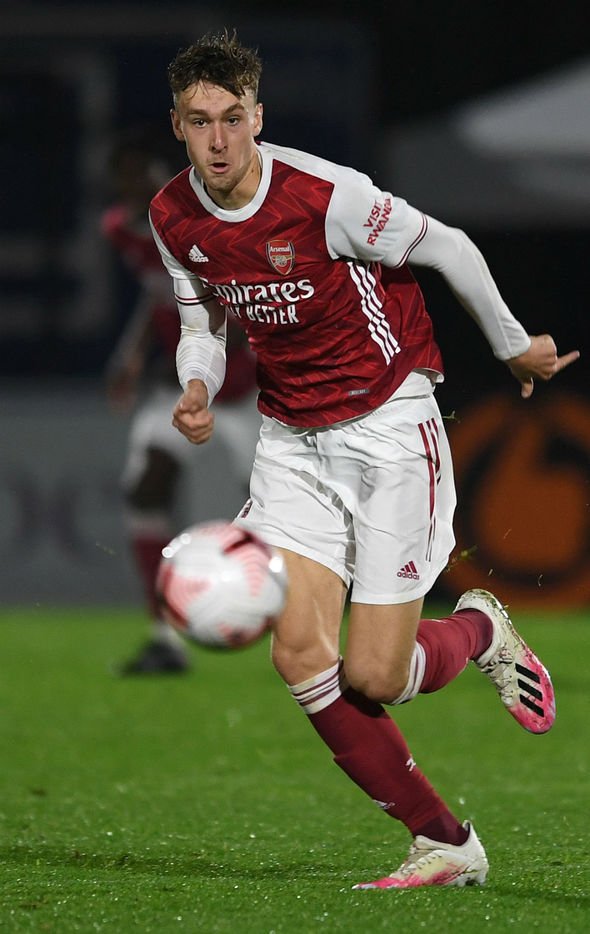 Another said: “I like the look of him so far – we do need a big man option up top as an alternative.”

“Great news,” one fan said after seeing his inclusion in first-team training. “He does look like a proper talent.

One excited Gooner wrote: “Moller as our new #9, let’s goooo.”

“My boy,” one of the Emirates faithful said. “You’re going to make it with us. I need you to become a legend. I know a baller when I see one.”

“Are u ready to replace Zlatan?” asked another excited Gooner.

One supporter is expecting the teenager to soon find himself in the first-team, saying: “You’ll join the first team earlier than you expected. Keep working.”

Moller has a long way to go in order to get himself in contention for a spot in the first team as he has Folarin Balogun, Eddie Nketiah, Alexandre Lacazette and, of course, Pierre-Emerick Aubameyang ahead of him in the pecking order. 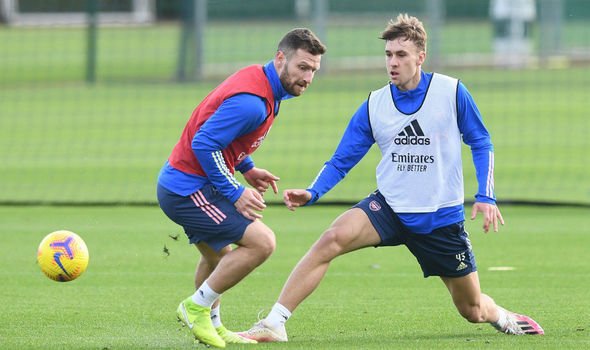 But if he keeps scoring at the rate he is, he could soon find himself included in the matchday squad.

Moller and his Arsenal Under-23 team-mates will be back in action next Friday, travelling to Merseyside to take on their counterparts at Everton.

The first-team, meanwhile, return to the pitch next Sunday, travelling to Yorkshire to take on Leeds United.