‘Draw me like one of your French girls’: Arsenal fans react to ‘King’ Alexandre Lacazette stretching out under an umbrella on the bench at St Mary’s as he watches his side play Southampton

Arsenal striker Alexandre Lacazette entertained fans by spreading out in the stands under an umbrella as he casually sheltered from the heat on a sweltering evening at Southampton.

The French forward watched his side go 1-0 up in the Premier League while reclining over several seats under a red umbrella in scorching temperatures.

Fans on social media laughed at the sight of Lacazette, who is affectionately known as ‘king’ to some supporters, sunbathing during the first half. 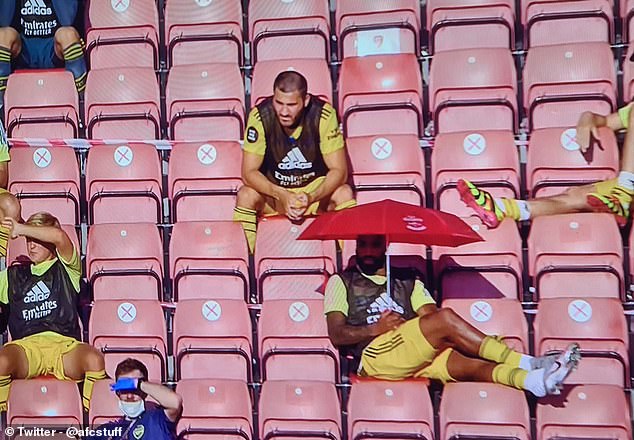 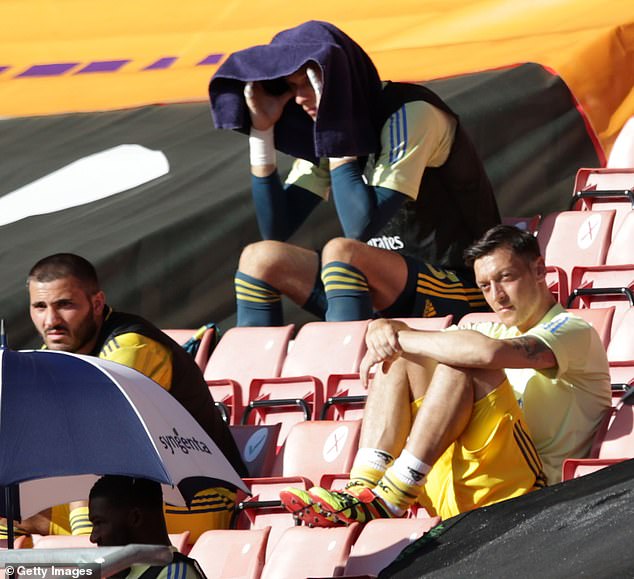 In a reference to Kate Winslet’s famous line while reclining to have her portrait taken in the film Titanic, one witty user accompanied a photo of Lacazette with the caption: ‘Draw me like those French girls’.

Another Arsenal fan account laughed: ‘Alexandre Lacazette looking very relaxed in the stands with the other Arsenal substitutes.’

Lacazette’s fellow stars in reserve, including defender Sead Kolasinac and playmaker Mesut Ozil, were not holding umbrellas in the picture shared by supporters as the sun beamed down on a scorching hot day across the UK. 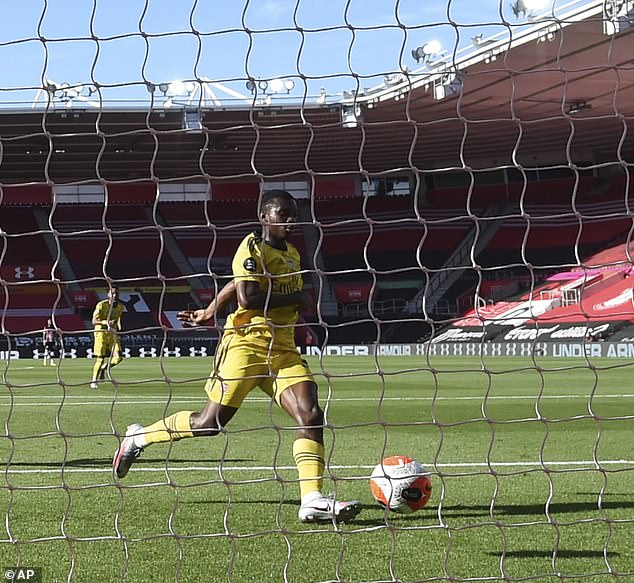 Eddie Nketiah, 21, pounced on a goalkeeping error to give the Gunners an early lead

Despite an impressive win, an Arsenal fan tweeted that Lacazette’s post impressed him most

There were plenty of comparisons to character Mary Poppins, who often used an umbrella

‘Lacazette isn’t relinquishing his King of The Swagometer crown without a fight,’ said one viewer, while another added: ‘This is a new kind of leg day.’

Players have been using the stands of empty stadiums as makeshift benches and observing social distancing by sitting seats apart following the return of the Premier League amid the coronavirus pandemic.

One of Lacazette’s young team-mates in the Arsenal squad, Eddie Nketiah, gave the Gunners a 20th-minute lead at St Mary’s stadium.

Lacazette entered the fray 10 minutes before the end and missed a late chance to score with a header after Joe Willock had doubled Arsenal’s lead in the 87th minute.

The 29-year-old has scored 34 goals in 89 appearances since becoming the club’s then-record signing when he joined from Lyon for £46.5million in 2017. 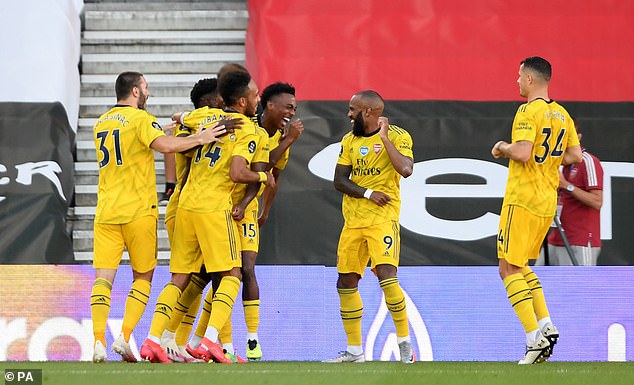