Arsenal cult hero Nicklas Bendtner has admitted he didn’t like playing alongside Emmanuel Adebayor. The Togo international is disliked by many supporters after wildly celebrating a goal against them during his spell at Manchester City. And he’s now lifted the lid on his career at the Emirates Stadium.

Bendtner was highly-rated during his younger years at Arsenal but, in the end, failed to realise his potential.

The 32-year-old became a cult hero because of his ability to produce moments of both magic and confusion in equal measure.

He scored a respectable 45 goals from 171 appearances during his stint in north London but found himself at odds with some of his team-mates.

And he’s now opened up on a tangle with Adebayor during a Carabao Cup clash between Arsenal and Tottenham in January 2008, telling Arsenal’s ‘In Lockdown Podcast’: “He’s not really my cup of tea.

“I got on with most people in the team and made some really good friends, but me and him? Probably not so much. 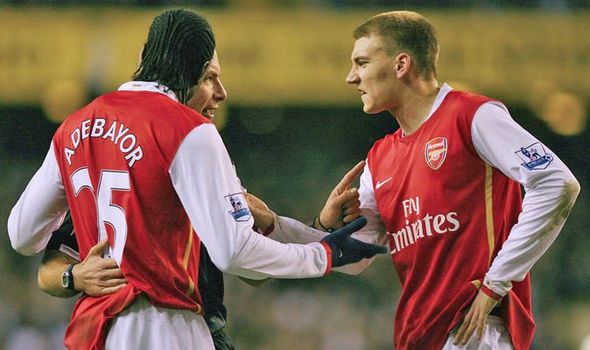 “I remember him being substituted on and I think there was a key moment where I don’t think the ball had been passed to him.

“There was a heated exchange of words where a lot was said between us, and then we squared up to each other.

“Then he sort of push headbutted me, so he sort of pushed me away while headbutting me on the nose. Then [William] Gallas came in, split us up and took us apart.

“I was disappointed enough with myself and the team about the performance we gave, so that [incident] obviously didn’t do anything to help. 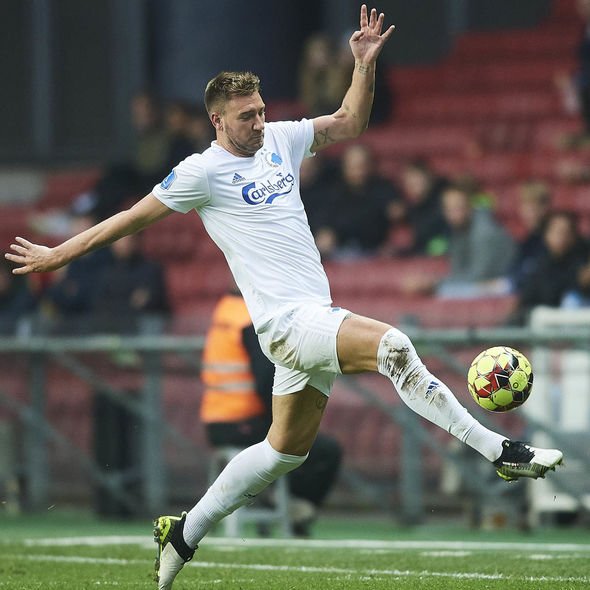 “We tried to talk it through in the dressing room but not so much words… more something else.

“Then we got separated and called into the boss’ office the next day. We got fined and that was the end of it. We didn’t really have any encounters at all from that moment.

“We never tried to patch things up. We learned to have the respect for the club and the team. That we would be on the same team, we would give everything when we were on the pitch together, but we wouldn’t be friends.”

Bendtner clashed with Arsenal legend Thierry Henry as well, with the France international unhappy at complaints levelled in his direction.

And he added: “It’s actually a funny story. It was quite an important moment.

“It showed me a lot about being humble and understanding, because of the background I came from it was more if someone says something you would sort it out right there and then.

“Thierry gave me a lesson. This is the guy who’s been assisting and scoring the most goals.

“He’s got legendary status in the Premier League and with Arsenal but the fact wasn’t what happened on the pitch for me.

“The fact was that he managed to sit down and talk with me afterwards, that showed me a lot more to him that I could expect and knew about at the time.

“It definitely had a big effect on me. I mean, the fact that he could do that but then still say, ‘But you’ll get punished.’ He would tell me what it’s like to be part of a team and to be at Arsenal and what it means.”