Home » Soccer » Arsenal fear clubs could hard-ball them over Aubameyang

Arsenal risk being hard-balled by clubs interested in signing Pierre-Emerick Aubameyang — with head coach Mikel Arteta open to offers for the striker.

The Gabon forward’s future is under a cloud after he was stripped of the club captaincy following his latest disciplinary breach.

Arteta confirmed on Saturday that Aubameyang was left out of the squad who beat Southampton 3-0 because of a disciplinary issue, and then the club announced on Tuesday that he was no longer skipper. 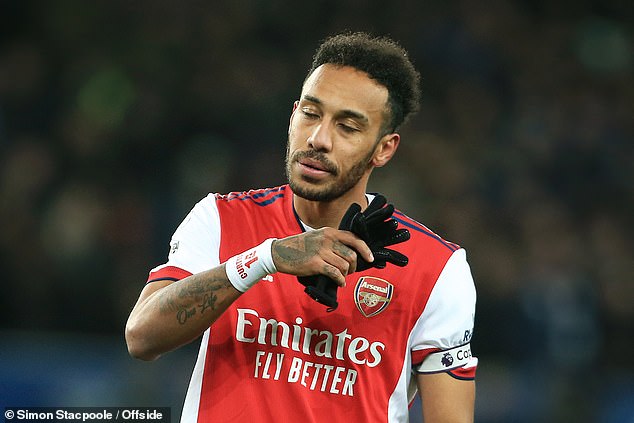 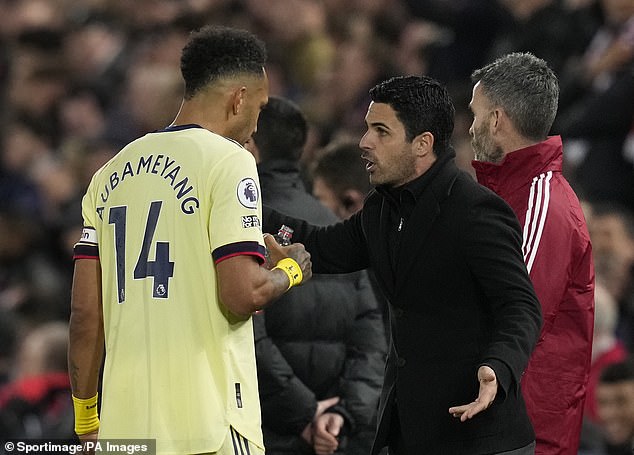 Now there are concerns behind the scenes that Arsenal have devalued one of their biggest assets by discussing the issue so openly.

Barcelona would be ready to explore a move for the 32-year-old, but Manchester City’s Ferran Torres is their priority.

It is feared Arsenal have lost some of their bargaining power as potential suitors know the relationship between Arteta and Aubameyang is fractured. 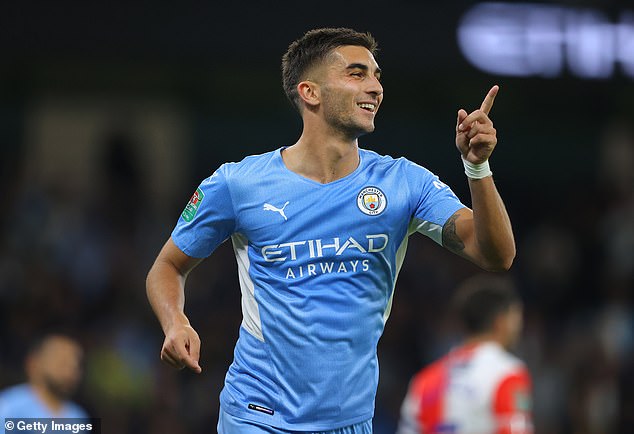 The Gunners will consider letting Aubameyang leave in January, but the winter market is difficult to operate in.

Arsenal would ideally want to sign a direct replacement for Aubameyang before letting him leave, but their preferred options — including Everton’s Dominic Calvert-Lewin — would be more readily available in the summer.

Aubameyang will not be forced out of the club and it is very unlikely he would accept a pay cut on his current deal, worth up to £350,000 a week.

He is therefore likely to stay until the summer, when it may be easier for both parties to sort his exit. 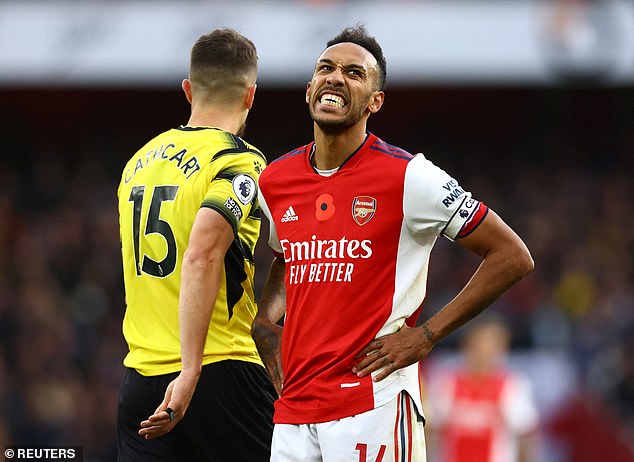