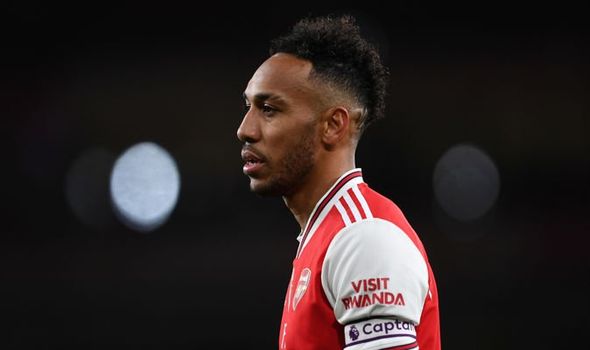 Arsenal have an opportunity to sit down with Pierre-Emerick Aubameyang and discuss his future before any potential suitors make contact with him, with the striker yet to hear from any clubs interested in snapping him up this summer.

The 30-year-old will enter the final 12 months of his Arsenal contract in July and the £50million-rated frontman has yet to hold negotiations with the north London club about an extension.

Aubameyang is unlikely to make a decision on his future until after Arsenal’s fate this season is determined.

Should the campaign be resumed after the spread of the coronavirus calms down, Arsenal appear unlikely to clinch a Champions League spot for next season.

And failing to do so might convince the Gabon international he needs to move on, having yet to play in the competition since his switch to England in January 2018. 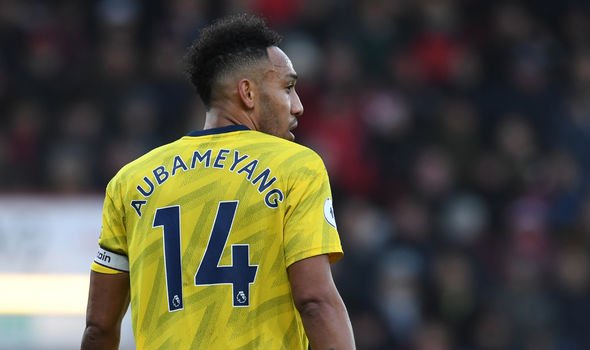 But the clubs heavily linked with Aubameyang – which include Real Madrid, Manchester United and Barcelona – have yet to reach out to Arsenal or the player himself about a possible move.

And so Mikel Arteta and co. have an opportunity to speak with him about his future before any of the interested parties do so.

Football expert Julian Laurens, who offered an update on Aubameyang’s future on ESPN FC, said: “There’s so much at stake there for him and for Arsenal.

“He only has the remainder of this season, whatever that will mean, and then the following season and he’s out of contract.

“At the moment because of the current situation, there’s been no talks between him and the club.

“Although this will be planned at some point to see if maybe he can extend his contract at the Emirates.

“Other than that, either they will see him in the summer or he will go for free the following one.

“For a player like him who is 30, you could expect some players to come for him, so far there has been no Barcelona, no Manchester United, no clubs like this from what I’ve been told coming in contact either with Arsenal or Aubameyang and his people.

“That doesn’t mean that it won’t come later in the season, it might well do because someone as prolific as him with only one year left on his contract, it’ll be very interesting for a lot of top clubs looking for a striker as deadly as him.

It has been suggested handing the ex-Borussia Dortmund attacker £300,000 a week – which would represent a rise of £100,000 a week on his current terms in the midst of Arsenal’s financial troubles – could convince him to stay.

And Gunners hero Charlie Nicholas thinks that if his former club can offload current top earner Mesut Ozil, who earns a £350,000-a-week salary, then they should do so to fund a pay rise for Aubameyang.

The reigning joint-winner of the Premier League Golden Boot, Aubameyang has been directly involved in 45 of the club’s last 113 top-flight goals despite having largely played out wide in that time when he prefers playing through the middle.

Nicholas told Sky Sports: “While I do believe that Arsenal need to fund a rebuild, my preference would be to offer Aubameyang what he wants. 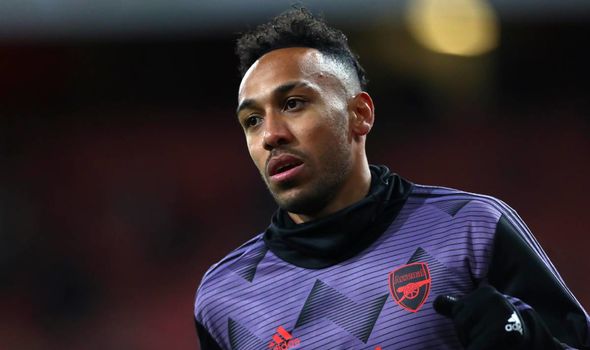 “Everyone will flag up his wages and I have been told differing scenarios, especially with Mesut Ozil.

“Is it possible Ozil could move on? Could this then help fund wages for Aubameyang and others?

“If they can get Ozil off the wage bill without getting anything for him, it will not be too much of a detriment.

“There are differing ways of doing this, but more than anything, I would want Arsenal to renew Aubameyang’s contract for three or four years, if they can.

“They must give Aubameyang exactly what he wants. There simply aren’t many other players like him at that level.”