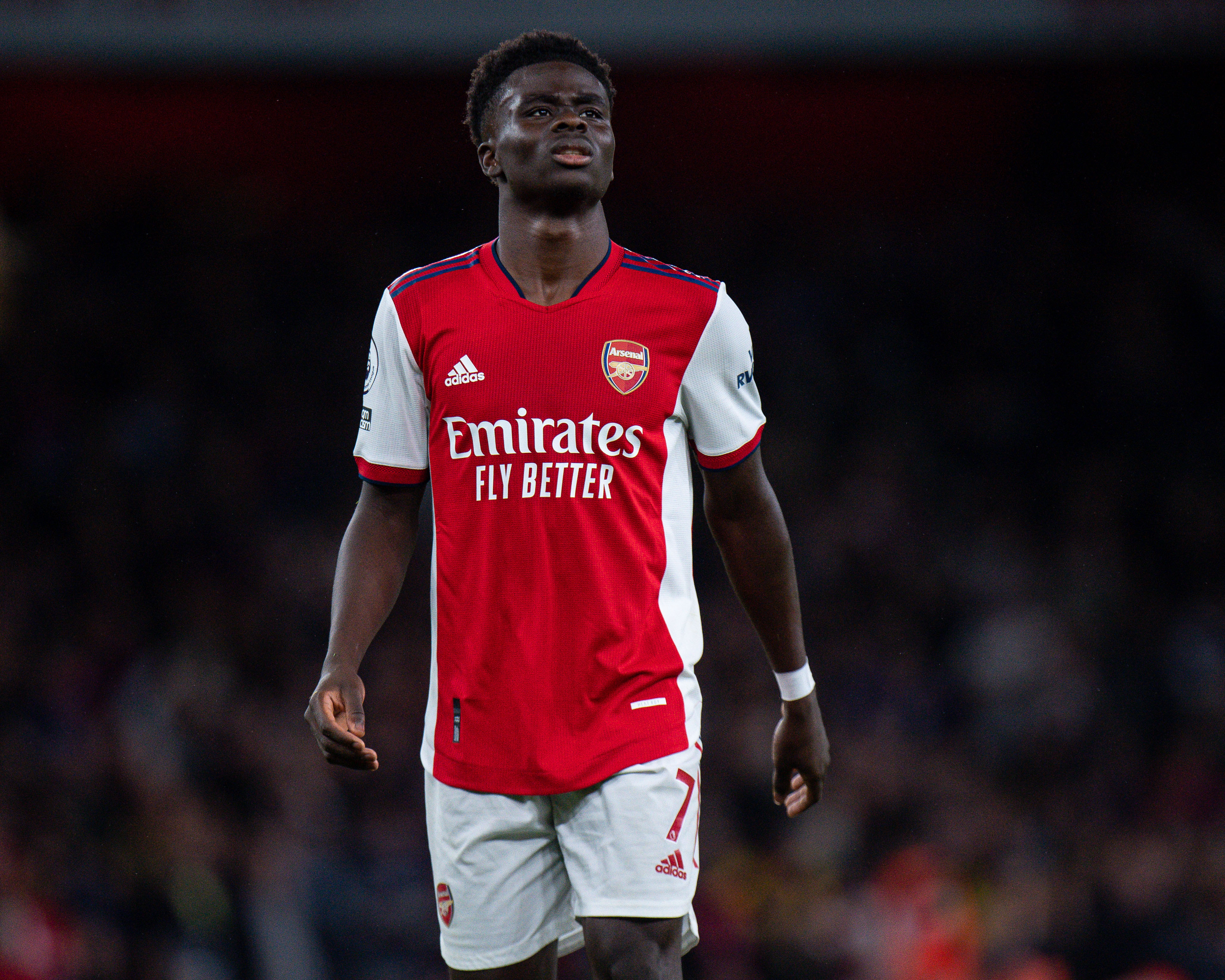 Arsenal star Bukayo Saka has reportedly been given the green light to return to training and will be available to take on Aston Villa on Friday.

The 20-year-old was forced off at half-time in Arsenal’s 2-2 draw with Crystal Palace on Monday night after being chopped down from behind by James McArthur while clearing the ball.

Mikel Arteta was furious with the challenge, but the Palace midfielder escaped with only a booking and Saka was replaced by summer signing Albert Sambi Lokonga for the second half as Alexandre Lacazette rescued a late point for the Gunners.

The Arsenal head coach revealed Saka’s right leg was ‘very sore’ following the London derby and there had been uncertainty over whether the England international would be fit to face Villa.

However, according to The Sun, Arsenal’s medical team have given Saka the go-ahead to join his team-mates in training once again and the youngster is expected to feature at the Emirates.

‘We had to take him off because he could not continue,’ Arteta told Sky Sports shortly after Arsenal’s draw with Palace.

‘He was very sore in the area. When I look at the action I cannot understand how the player can continue to play.’

Pressed on whether McArthur should have been sent off, the Spaniard replied: ‘Absolutely.’

Former Arsenal striker Ian Wright agreed that McArthur should have been given his marching orders for the ‘vicious’ challenge on Saka in the 43rd minute.

‘The more you see it the worse it gets because a professional knows what’s happening. When the ball is in the air he’s seen Saka touch it, there’s no way he even looks to hesitate to stop going through with that.

‘He can see Saka’s kicked the ball. That’s vicious because he’s absolutely blasted through his leg.

‘How they don’t see that [VAR] is absolutely beyond me. It’s crazy, honestly, even without VAR you look at that, it’s a sending off.

‘We saw when Saka kicks the ball you pull out, he actually went with even more force. It’s almost like he’s done exactly what he wanted to do. Saka doesn’t come out for the second half because he’s injured, and I think he’s going to struggle to play on Friday.

‘It’s unbelievable, the referee is right there.’

Saka’s return means Granit Xhaka is the only first-team player unavailable to Arteta, with Arsenal riding a six-match unbeaten streak in all competitions.

A recent update on the Gunners’ website revealed Xhaka was aiming to return to full training at the start of 2022.

‘Granit is making good progress in the initial stages of his recovery from a medial knee ligament injury,’

‘The current aim is for Granit to be back in full training early in the New Year.’