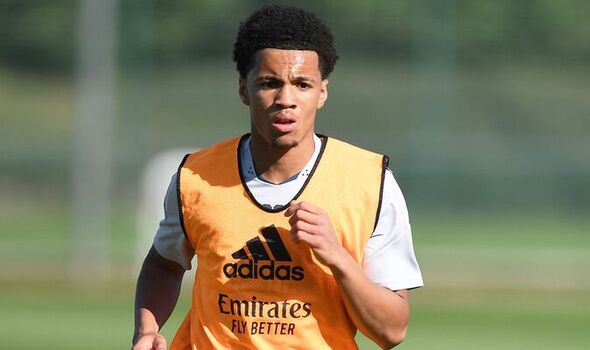 Arsenal have named 15-year-old Ethan Nwaneri on their bench for the match at Brentford. However, Mikel Arteta is without club captain Martin Odegaard for the match in west London due to injury.

Nwaneri has been training with the first-team squad this week. And he has been handed a huge opportunity by being named in a match-day squad at senior level for the first time.

The midfielder, who was born in 2007, only made his debut for the Arsenal under-21 side this season. But he has clearly caught the eye of Arteta in training and in matches for the club’s youth teams.

Nwaneri grabbed an assist in his only game for the under-21s in a 4-1 win over Blackburn earlier this month. The teenager has an eye for goal and can play in central and attacking midfield.

If Nwaneri was come off the bench, he would become the youngest player to play in the history of the Premier League. Liverpool star Harvey Elliott is currently the youngest at the age of 16 years and 30 days when he was at Fulham.

Cesc Fabregas currently holds the Arsenal record at the age of 16 years and 177 days in a League Cup match against Rotherham. Jack Wilshere is the youngest player to have ever featured in a league match for the Gunners. He was 16 years and 256 days old when he came on against Blackburn for his debut in September 2008.

But in a big blow to Arteta, he will be without Odegaard for the match at Brentford. Odegaard has started all six Premier League matches so far this season but misses out due to a slight knock. 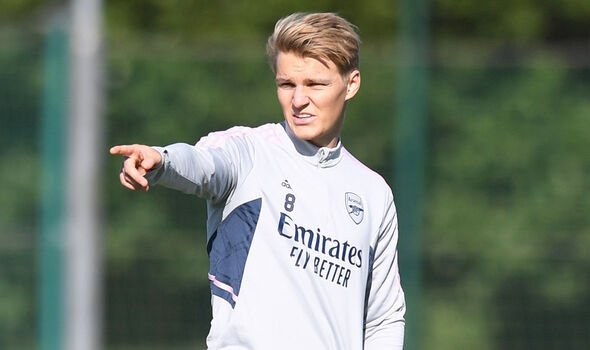 Oleksandr Zinchenko is also absent from the squad due to injury. The Ukraine FA announced this week he will not be a part of their squad for the upcoming international break, with the issue set to keep him sidelined for a couple of weeks.

Kieran Tierney comes into the team at left-back in place of Zinchenko. Meanwhile, Thomas Partey has recovered from a thigh injury and replaces Albert Sambi Lokonga in midfield.

To watch Arsenal’s All or Nothing documentary for free, sign up for a 30-day Amazon Prime trial here