Arsenal icon Patrick Vieira has joined the likes of Thierry Henry and Dennis Bergkamp in lending his support to billionaire Daniel Ek, insisting the Spotify co-owner will not back down from trying to buy the club from Stan Kroenke. With support for the current Arsenal owners at an all-time low, Ek tested the waters in trying to complete a takeover with a reported £1.8billion bid.

The Kroenke family have indicated that they have no plans to sell up and Ek’s offer was swiftly rejected.

Josh Kroenke has been tasked with trying to mend the relationship between owners and fans and he made a rare appearance in the directors’ box at the Emirates in Arsenal’s final game of the season against Brighton last weekend.

He spoke with the playing squad as well as Mikel Arteta, with the Gunners coach suggesting Kroenke isn’t going anywhere anytime soon. 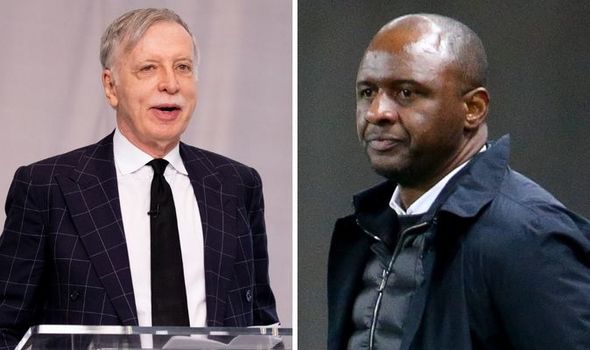 “He wants to take the club to a different level and that’s why he’s here.”

But despite the Kroenkes appearing as though they have no plans to sell, Vieira has said that still hasn’t dissuaded Ek from trying to complete a takeover.

“He’s definitely going to try again,” he said on the ITV Football podcast.

“He is going to be there for quite a long time. He’s a massive Arsenal fan.

“And talking to him a couple of times his desire and his commitment to Arsenal football club will be fantastic.

“Obviously, if the club is not for sale there is nothing that he can do but he’s going to be there and he’s going to wait and he wants to buy the club.

“I think it will be really important because Arsenal is in a critical moment. 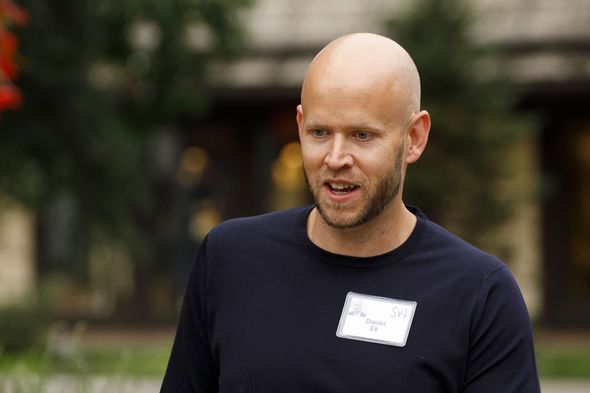 He added: “In the last couple of years I believe that the club didn’t take the right direction. And I think it is time for change. If the change doesn’t happen, I believe that Arsenal will be in a difficult position.

“We can only make a judgement from outside. We watch every single Arsenal game and it is difficult to recognise the club that we used to play for and it’s difficult to understand the reasons why Arsenal went down the last couple of years but obviously losing Arsene and not finding the right sort of crew to handle the fact that Arsene wasn’t there wasn’t in place.

“And I think every single year Arsenal didn’t get through to the Champions League or even this year to the Europa League. So this is a big disappointment for all of us as Arsenal fans.

“But we get to the time where everybody at the club, the Kroenkes need to get more involved to take Arsenal back where he (thinks) the club should be. If that’s not the case, I think it is time for them to let the club go and let somebody else take care of the football club.”