Arsenal midfielder Granit Xhaka has admitted his admiration for inbound AS Roma manager Jose Mourinho amid reported transfer interest. Xhaka has been linked with a move to the Serie A club this summer, and he hasn’t ruled out that possibility.

Despite Arsenal’s struggles, the 28-year-old arguably recorded his most impressive individual season at the club throughout 2020/21.

Ahead of the campaign just gone though, Xhaka looked likely to depart the Emirates Stadium after falling out with the fans and losing his captaincy.

However, Mikel Arteta persuaded him to remain at the club, where he’s been regularly used in midfield since.

Xhaka featured in 31 of Arsenal’s Premier League games this term and made 10 appearances in the side’s Europa League run.

Arteta may have to do without the Switzerland international next season, though, amid growing talk of a move overseas. 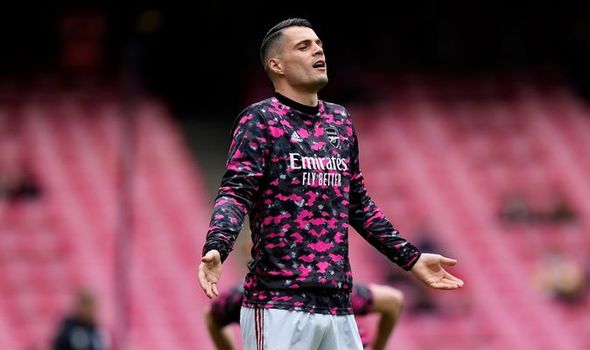 Ahead of Mourinho’s arrival this summer, Roma are reportedly eyeing a deal to take Xhaka to Italy.

Speaking to Swiss daily Blick, Xhaka has emphasised his current focus on the national team ahead of Euro 2020.

However, he mentioned that he’s open to discussing his future in north London when the appropriate time to do so arrives.

He said: “Of course, I read the rumours too.

“But now I’m one hundred per cent focused on the national team. That’s more important than Arsenal or rumours right now.

“I have another two years on my contract in London, and at Arsenal, they know what they have in me.

“When the time comes and we can, may or must talk about a transfer, I’ll be here.”

Xhaka also addressed the direct links to Roma and Jose Mourinho, to which he claimed he hadn’t previously heard of.

Despite that, he admitted that he’s proud of Mourinho’s reported interest because of his ability to win trophies and what he’s achieved throughout his career.

“Honestly, I didn’t hear what Mourinho said, but that makes you proud,” Xhaka added. 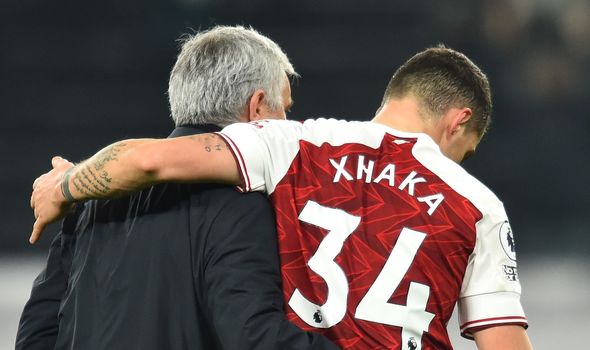 “Everyone knows Mourinho and what he has achieved. Mourinho knows how to win trophies.”

Xhaka’s contract is by no means close to expiring, but many consider a transfer likely this summer.

He’s not expected to be the only potential departure either, with several members of Arteta’s current squad seemingly on their way out.

At the top of the list, Hector Bellerin could be heading for the exit door this summer after falling out of favour.

Willian, who has flopped since his free transfer from Chelsea last year, is likely to leave the Emirates Stadium too, among others.