Arsenal have set a £22million price for Lucas Torreira, reports say. The Uruguay international moved from Sampdoria in the summer transfer window of 2018. But he could now be poised to leave the Emirates Stadium, with Mikel Arteta keen to swoop for Thomas Partey of Atletico Madrid.

Arsenal signed Torreira in 2018 installed with the belief that he could become a vital player under Unai Emery.

However, with Emery no longer in charge, the Uruguay international has struggled for regular game time following Arteta’s appointment as manager.

Torino, Roma and Fiorentina have all been linked with Torrreira at a time where his Arsenal future hangs in the balance, with Arteta keen to bring Partey to the Emirates Stadium.

And Tuttosport say Arsenal have slapped a price tag of £22m on Torreira.

Torino appear to be frontrunners in the race to sign the 24-year-old, who has won the FA Cup and Community Shield titles during his time at the club so far.

But while Arsenal need the money to raise funds for Partey, they’re said to be prepared to accept a £24m offer in instalments to ensure they get him off the wage bill. 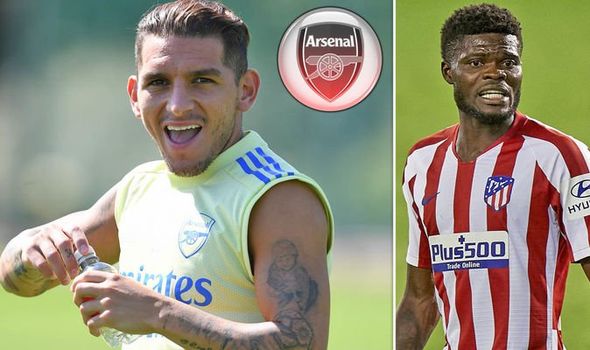 They are, though, said to be completely against a loan deal.

And what ultimately happens with Torreira is something only time will tell.

Speaking in May earlier this year, the Arsenal star admitted he dreams of playing for Argentine side Boca Juniors one day in the future.

The Uruguayan told Fox Sports Argentina: “I imagine a Copa Libertadores night at the Bombonera wearing Boca’s shirt, of course.

“Right now my head is in Europe and I want to stay for a while.

“But I have that desire and dream to go [to Boca] – and not just to retire, but to compete and feel what the Boca world is.” 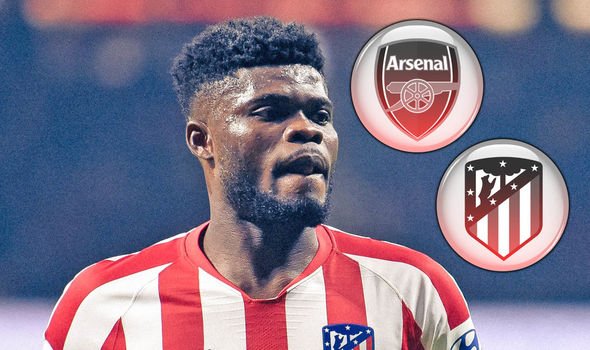 “Thomas Partey is the most important signing for Arsenal,” he said.

“A player like Thomas Partey stops things getting to the back four – he is that screen that sits there, like [Patrick] Vieira and Gilberto were – someone who protects the back four so they don’t even need to break a sweat.

“They haven’t had that kind of player since Gilberto, who was such an unsung hero. That type of player, Arsenal have missed.

“I believe that getting Thomas Partey is the priority and I think that they will get the business done in the end but I’m sure they have to get a couple of bodies out of the club before they bring him in.”

He then added: “I don’t like to admit this, but if it is the only way to bring in Thomas Partey, I can see Arsenal parting with Lacazette.

“I don’t want him to leave because I think he gives Arsenal something totally different.

“He’s very good at holding up the ball which gives [Pierre-Emerick] Aubameyang time to get his runs going inside and score more goals.

“Don’t forget, Aubameyang scored 20 goals with Lacazette in the side.

“I don’t think Aubameyang is that good with his back to goal, he’s a lot better runner running towards the goal so it might lessen the threat of the team.

“So, ideally, I’d like to keep Lacazette and get Partey as well.”