Luiz was sent off just before half time for denying a goal-scoring opportunity in an incident involving Wolves striker Willian Jose in Arsenal’s eventual 2-1 defeat at Molineux.

As Jose bore down on goal his foot appeared to catch Luiz on the knee. Referee Craig Pawson awarded a penalty which Ruben Neves scored and Luiz was also dismissed. 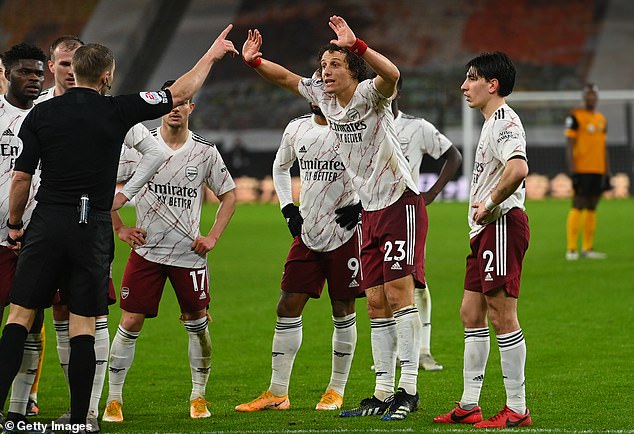 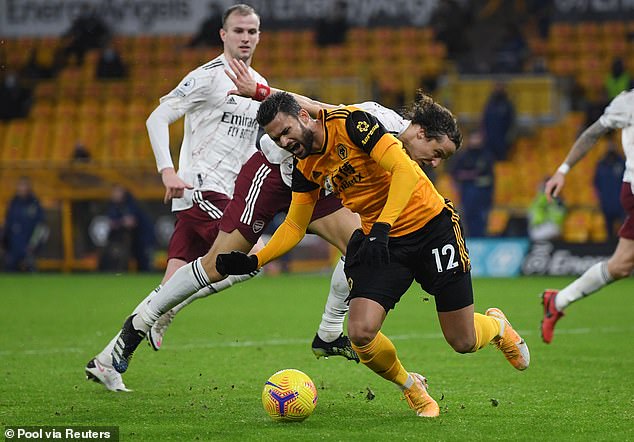 However, contact was minimal and also occurred when Luiz did not appear to be making a challenge.

Arsenal are adamant Luiz did not commit a foul and are hopeful that, along with the fact he was also trying to avoid making contact at all, will support their bid to get his red card overturned. 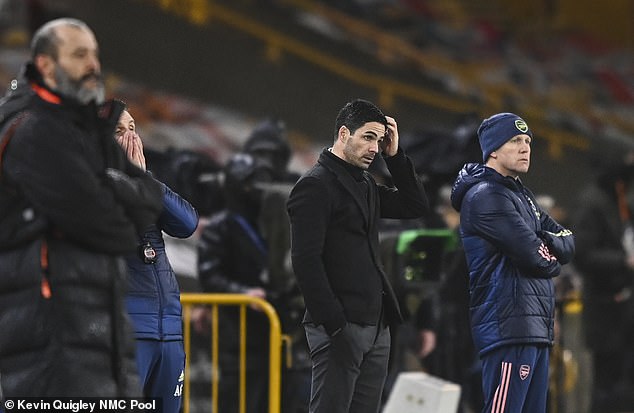 Mikel Arteta has said he will hold his hands up and agree, if VAR can justify the dismissal

‘I’m sure they made the decision that they based on that they have seen something but I’m sitting here expecting to see something and I’m not seeing anything.

‘It was a big decision. If they can justify they got it right I will hold my hand up and apologise but the only thing I’m saying is I cannot see any contact and that’s really, really frustrating as it’s a big moment in the game. 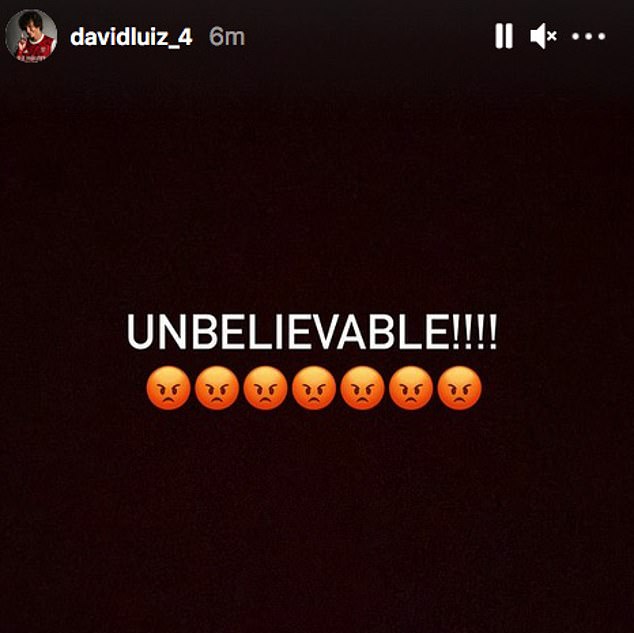 ‘If there is any contact it is him to David. That’s what I’ve seen. I don’t know if they have a different angle to what I have or you have.

‘That’s where the disappointment is coming from. It’s hard enough to win games in this league and those big decisions are like that.’