Arsenal: Club told to be patient with Arteta by Dublin

Arsenal have landed highly-rated Bruno Mazziotti as part of their medical team, just days after Thomas Tuchel was sacked from Paris St-Germain, where he had been working. Gunners technical director Edu was critical to the appointment, knowing the physio from his time as part of the Brazil national team’s administration. Mazziotti has experience with Real Madrid and AC Milan as part of a distinguished career.

Arsenal have hired Mazziotti to join their medical team at the Emirates in a move that has been worked on since June.

The 42-year-old is one of the most highly-respected medics in his profession and represents a real coup from the Gunners, who have had their problems with injuries over the years.

Edu was critical to the deal and is close with Mazziotti due to their time together with the Brazil national team, as well as meeting for the first time at Corinthians.

The Arsenal chief has been keen on bringing the physio to north London since the summer, when first contact was made. 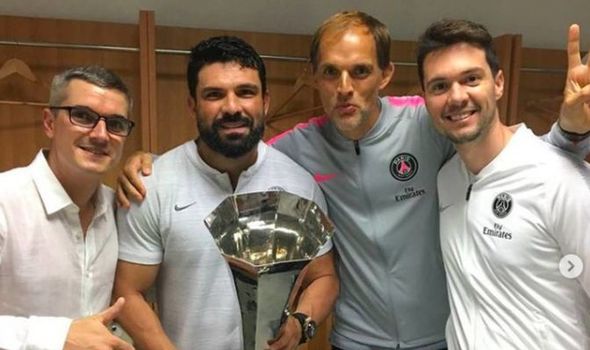 But with Tuchel’s sacking from PSG, Mazziotti is another high-profile departure from the Parc des Princes.

An agreement had been reached with him in September but the past few months have been spent working on a severance package from the French champions.

He will team up with Gary O’Driscoll in heading up the medical department at Arsenal.

The Brazilian will also likely replace Chris Morgan’s duties, who had returned to Liverpool as a first-team physiotherapist four years after leaving the Reds.

O’Driscoll was also on the verge of departing with a move to Anfield mooted but the Gunners convinced him to stay.

And with Mazziotti on the payroll, Arsenal now have a fully-functioning medical team with plenty of experience.

He appeared to confirm the move to London on his Instagram, where he enlisted Arsenal as his place of work. 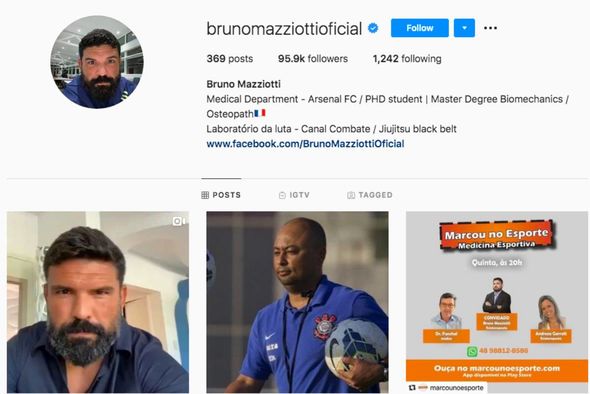 As well as PSG and now Arsenal, Mazziotti has worked at Real Madrid and AC Milan and is highly-renowned in his field.

Meanwhile, the Gunners have won their first Premier League match since 1 November when they beat London rivals Chelsea on Boxing Day.

With Mikel Arteta coming under mounting pressure, he utilised his younger stars over his experienced heads with Bukayo Saka, Gabriel Martinelli and Emile Smith Rowe all shining.

David Luiz, Willian and Pierre-Emerick Aubameyang were all absent, with only the latter afforded a spot on the bench as Alexandre Lacazette, Granit Xhaka and Saka all got on the scoresheet in a 3-1 win over the Blues.