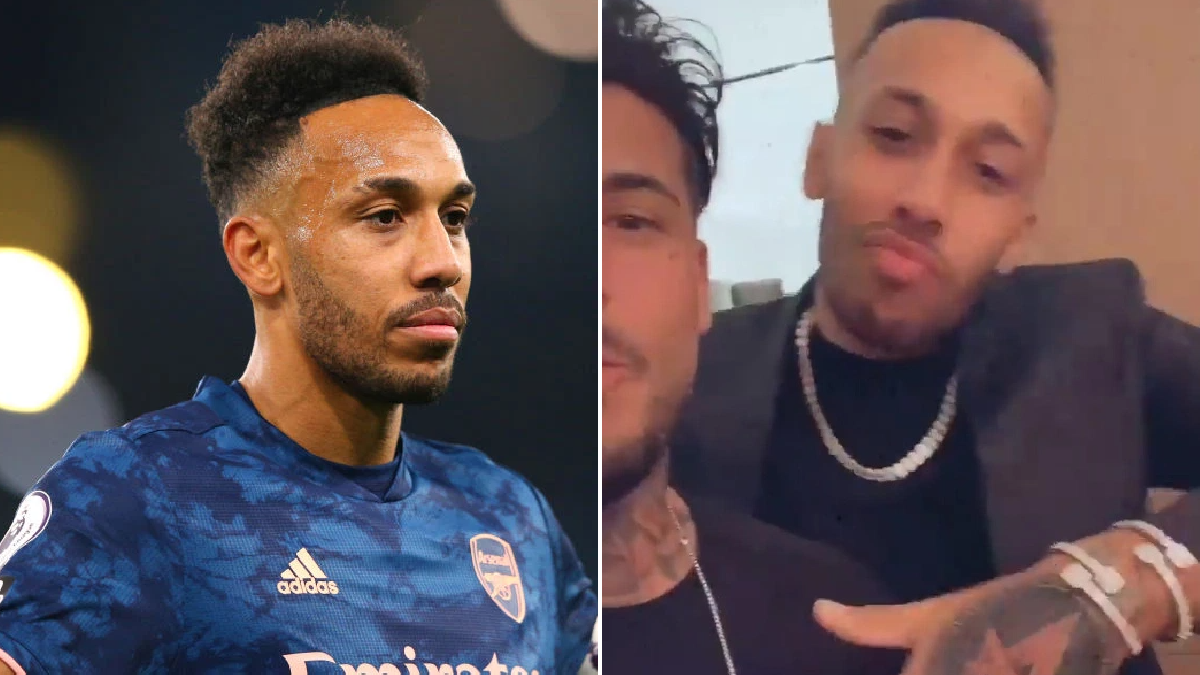 Arsenal are investigating a possible breach of coronavirus lockdown regulations by captain Pierre-Emerick Aubameyang after he got a new tattoo.

The 31-year-old forward, who was granted a leave of absence recently after his mother became ill, was pictured getting a new tattoo on his hand with the footage uploaded to the Instagram account of Spanish tattoo artist Alejandro Nicolas Bernal.

But, according to UK government regulations, tattoo parlours – both mobile and static – are required to remain closed during the latest lockdown.

Neither Aubameyang nor tattoo artist Bernal were wearing masks during the session, nor did they practice social distancing.

The footage was uploaded six days ago, on February 9, a week after Arsenal skipper Aubameyang had returned to the club after being granted time off to visit his ill mother in France.

It is unclear whether the incident took place in the UK or during his time in France – though Bernal is Barcelona based – and a breach may not have occurred if, for example, the tattooist is part of the Arsenal striker’s bubble.

Although the wintry weather has meant Aubameyang has worn gloves in his most recent outings, he did not appear to have the new tattoo in his last appearance before being given time off against Newcastle on January 18.

Arsenal have been made aware of Aubameyang’s potential lockdown rule break – which may have compromised their own coronavirus-secure bubble – and say they will investigate the matter.

A spokesman for the Gunners confirmed: ‘We will speak to the player about this matter and establish what has taken place.’

After a difficult start to the season in front of goal Aubameyang has returned to form more recently, netting a hat-trick in Sunday’s 4-2 victory over Leeds United at the Emirates having also bagged a brace against Newcastle last month.