Arsenal star Bukayo Saka has admitted players were delighted in the dressing room after their 4-0 win over West Brom on Saturday. The Gunners continued their recent resurgence at the Hawthorns, with Mikel Arteta’s side winning their last three Premier League matches. And it seems confidence at the Emirates Stadium is now running high as a result.

Arsenal went into the match against West Brom looking to build on recent victories against Chelsea and Brighton.

And they did just that, producing a fine display at a snowy Hawthorns to pick up all three points.

Kieran Tierney and Saka struck before half time, with Alexandre Lacazette then scoring twice to propel Arsenal to victory.

And Saka, speaking to the club’s official website after the match, admitted players were delighted in the aftermath of the result.

“Wow, it was so cold, the ice was getting under my boots!” Saka told Arsenal.com.

“My boots were frozen, I felt like I was ice skating at times, it was good that we got through it and we managed to get the win in the end. 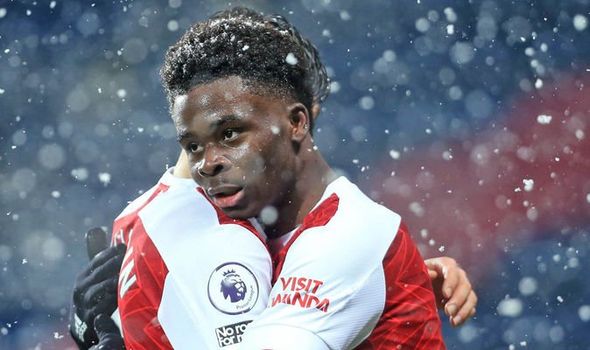 “I felt we started the game well, we created so many chances, we had so many crosses, so many shots, more than we normally do and it could even have been more than 4-0.

“We’re really happy with this performance, we just want to build on it.

“[For my goal] Emile saw me around the corner and played it first time and then I went to Lacazette and Emile made the third-man run and luckily Emile saw me in the middle of the open goal.

“It was great goal from all of us, one-touch play and this is the football that we love to play.”

Arsenal are now up to 11th in the table, putting more distance between themselves and the relegation zone. 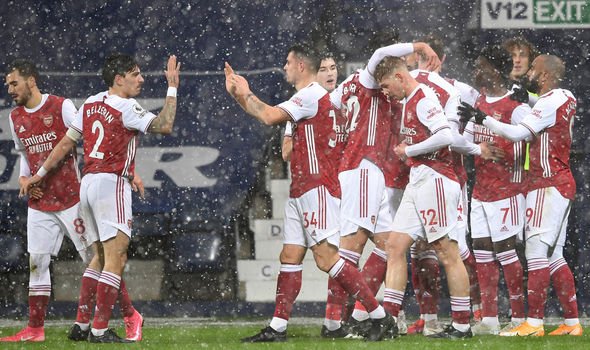 They’re now six points adrift of the top four, albeit having played one match more than rivals Tottenham and Arsenal.

Arteta said after the match his side had rediscovered their attacking edge, saying: “At the end of the day, I wasn’t that concerned with the performances.

“I think we lost games that we were really unlucky [in] and most of them it was our own fault, because we made some errors and lacked some discipline in certain moments.

“But obviously you need to win football matches and now this brings a different momentum, energy and as well the players they get the handbrake off and you can see that they are more free to play.”

Emile Smith Row stood out for Arsenal and Arteta was full of praise for the youngster. 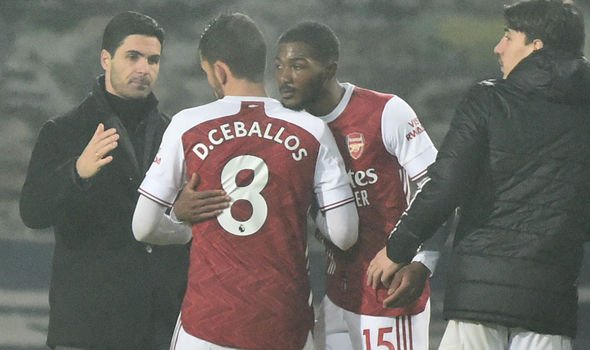 “He is a player that I really liked since the first day I watched him,” said the 38-year-old.

“Just the way he moves, how intelligent he is with the positions he takes and his work rate – don’t underestimate that.

“He works really hard for the team and he had a really bad injury this year and hasn’t really trained with us at all.”

“For the last two weeks he has been much more involved and you can see what he can bring to the team.

“I am delighted to have a young player with his talent and in that position. It was something that we needed.”