Arsenal starlet Gabriel Martinelli has been paid a huge compliment by former Gunners ace Cesc Fabregas. The Spaniard revealed during a Twitter Q&A that Martinelli would be the one player from Arsenal’s current team that he wished he could have played alongside.

Martinelli has only been in the Arsenal first-team for a short time, but he has made a big impression.

The 18-year-old Brazilian joined the club last summer from Ituano in his native Brazil.

He cost just £6million, and is already appearing to be something of a bargain.

After a short spell in the first-team squad, it was reported that Liverpool and Real Madrid were interested in acquiring his services. 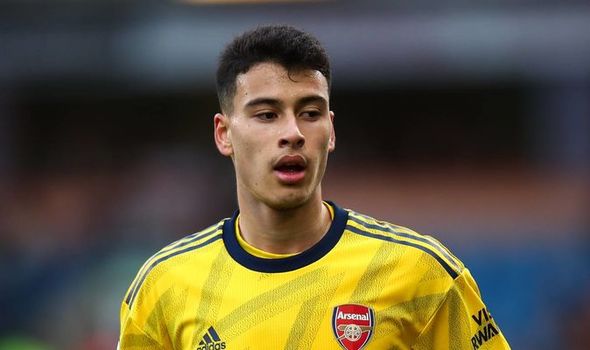 And Fabregas has clearly been watching with a keen eye, after revealing that he wished he could have played alongside the star.

Replying to a fan asking who he would pick from the current Arsenal team to play with, he replied: “Martinelli”.

Fabregas made 304 appearances for the Gunners during his time at the club, and was known for his ability to unlock defences.

During his spell with Arsenal he clocked an impressive 92 assists, and is recognised as one of the club’s best players in recent years.

Arsenal fans can only dream of the service Fabregas would have given to Martinelli, given the Brazilian’s electric pace.

Martinelli emerged as one of the brightest prospects in Europe after his impressive start to life at The Emirates.

He found the net ten times in 26 games across all competitions, and is expected to become a key figure in Mikel Arteta’s side next year.

The teenager could be bumped up the pecking order after the summer transfer window amid rumours Pierre-Emerick Aubameyang could be sold. 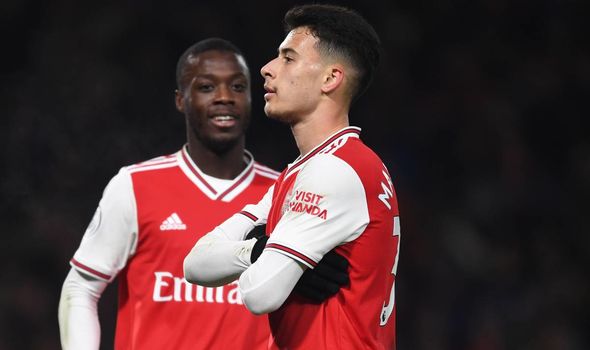 The Gambonese striker has been linked with a move to Inter Milan, and is out of contract in the summer of 2021.

Fabregas isn’t the only ex-Arsenal player to be impressed by Martinelli, as Charlie Nicholas declared he feels the youngster is the ideal man to replace Aubameyang whenever the 30-year-old ends up leaving.

“[Gabriel] Martinelli does have the potential to [replace Aubameyang]. The signs with him are pretty similar,” Nicholas said.

“He is young, but that does not matter. If people look at how he finishes, you can see a cool and clinical aspect.

“Jurgen Klopp was raving about him for a reason. He is ruthless. The potential is there, but will not reach Aubameyang’s level yet.”