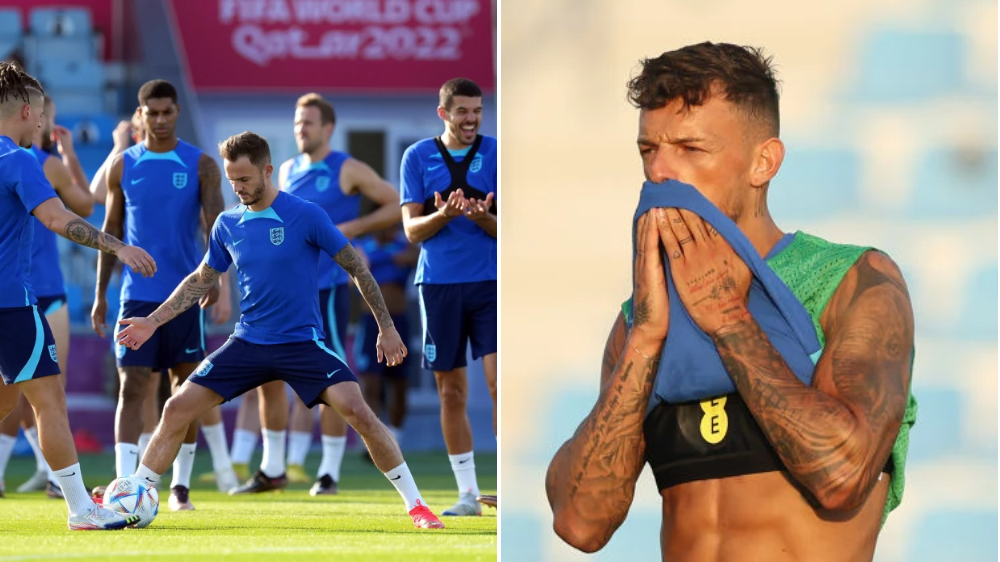 England have an almost fully fit squad to choose from for Tuesday’s World Cup showdown against Wales with only Arsenal defender Ben White missing the final training session.

Gareth Southgate’s side will progress to the knockout stages of the tournament if they avoid a four-goal defeat to Wales, with victory guaranteeing top spot – and eliminating their old rivals.

There had been suggestions that England might shuffle their pack for Tuesday’s match, with Southgate having named an unchanged team in Friday’s goalless draw against the USA – the first time he had done so in over four years, since the 2018 World Cup semi-final.

With Kyle Walker still recovering from injury, White had been an option to replace Kieran Trippier at right-back but the Arsenal man is now a significant doubt for the match.

He was the only player out of England’s 26-man squad who did not take to the training pitch at the Al Wakrah Sports Complex on Monday in the Three Lions’ final training session.

Fortunately, the 25-year-old – who has excelled since moving from centre-back to right-back with the table-topping Gunners – is not injured and simply missed the session due to illness.

A number of players, both within the England camp and across other nations competing at the World Cup, have had players come down with illness due to the air-conditioning at the stadiums and team hotels.

In better news for England, James Maddison trained once again – with the session taking place in 30-degree heat – while skipper Harry Kane also took part despite concerns over his fitness.

One player who looks increasingly likely to come into the England team after the USA stalemate is Manchester City playmaker Phil Foden, with Southgate insisting he will be a massive weapon in the tournament despite limited game time so far.

‘We love Phil, he’s a super player,’ said the England boss. ‘He’s going to play a big part in this tournament for us.’

On where he might line up, Southgate continued: ‘There are different possibilities. He can play on either flank and can play as a false nine if we chose to do that.

‘He can play off a striker, although he doesn’t do that as much at club level so that’s maybe applicable to certain games or certain moments.

‘He’s a very flexible player in terms of the attributes he has and where he can have an impact. He’s a goal threat, which is also very important.’