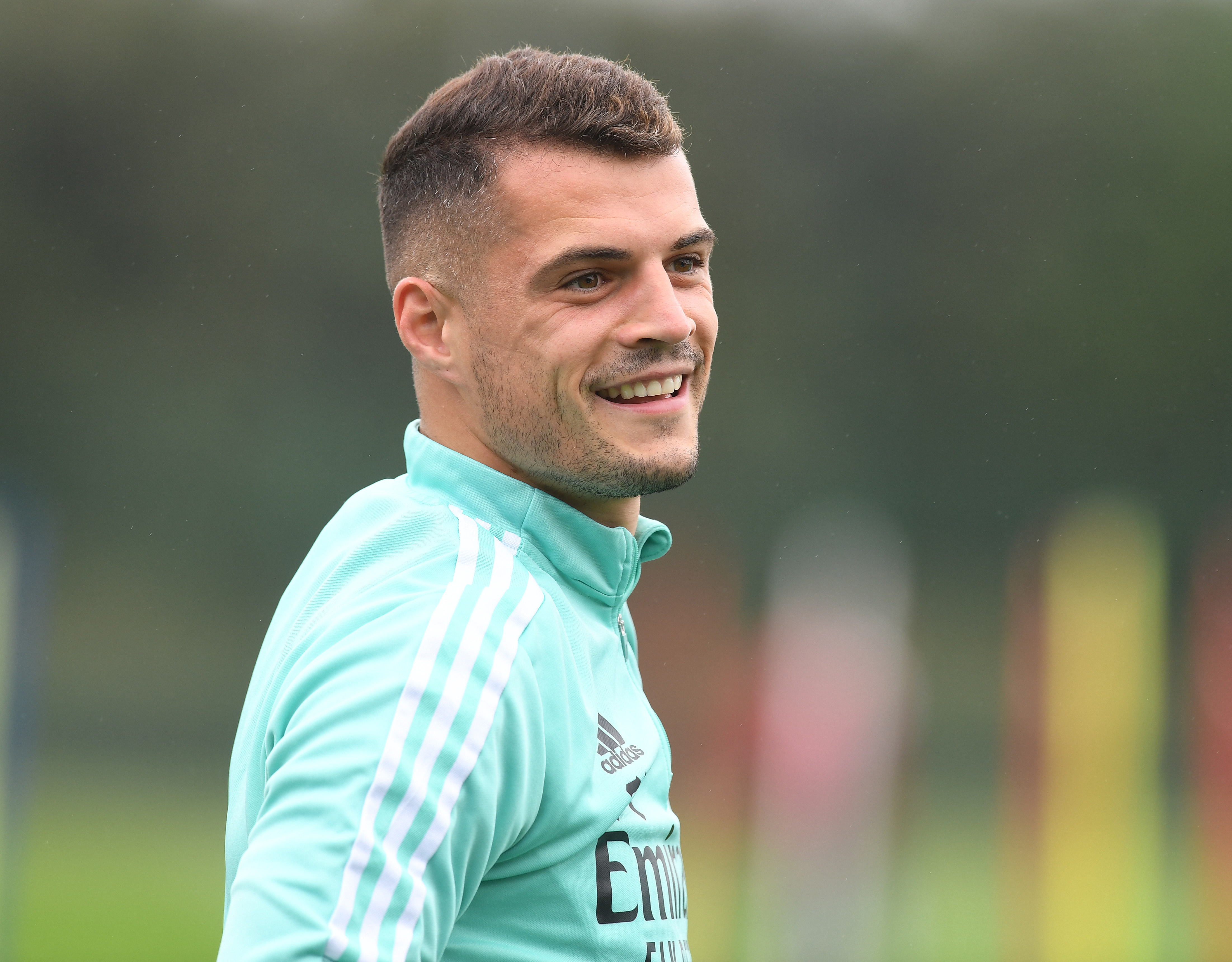 Granit Xhaka looks set for a lengthy spell on the sidelines after he was forced off with a nasty knee injury in Arsenal’s 3-1 win over Tottenham at the weekend.

Arsenal fans were treated to one of their most enjoyable performances of recent times as goals from Emile Smith Rowe, Pierre Emerick-Aubameyang and Bukayo Saka secured a comprehensive north London derby victory at the Emirates.

But Xhaka went to ground after Lucas Moura collided with his planted leg in the 82nd minute and the sight of the midfielder being helped off the pitch put a slight dampener on the occasion.

It had already been a frustrating start to the campaign for Xhaka, with the 29-year-old having to serve a three-match suspension following his sending off against Manchester City. He also struggled with an ankle problem in pre-season and tested positive for Covid-19 during the recent international break.

Arsenal are yet to reveal the severity of the injury but an Instagram upload from Xhaka’s long-term partner, Leonita Leka, suggested the Switzerland international could be out of action for some time.

The post in question shows a glum-looking Xhaka playing with his daughter, Ayana, while wearing a hefty brace around his right leg which is propped up on the sofa.

Mikel Arteta seemingly feared the worst and admitted he was ‘pretty worried’ about Xhaka’s injury while addressing the media in the aftermath of Arsenal’s defeat of Spurs.

‘Unfortunately he got an injury and I’m pretty worried because it doesn’t look very positive at the moment,’ the Spaniard told reporters.

A serious injury to Xhaka would come as a major blow to Arteta’s resurgent Arsenal side, who had boasted a fully fit squad for the first time this season prior to Sunday’s derby.

Arsenal will look to make it five wins from five in all competitions when they travel to Brighton this weekend and Arteta will likely provide an update on Xhaka’s condition at his press conference ahead of the match.

The Gunners return to the Emirates for three home games following their trip to the south coast as they prepare to face Crystal Palace and Aston Villa in the Premier League before hosting Leeds in the fourth round of the Carabao Cup.

Arteta’s side sit tenth in the table after their victory over Spurs, five points off league leaders Liverpool.