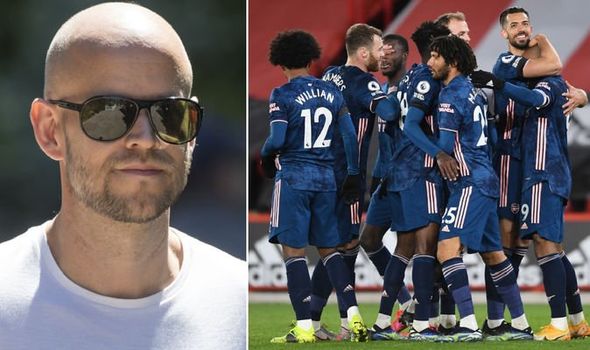 Spotify CEO and co-founder Daniel Ek could soon make a formal bid to buy Arsenal, per reports, but the move will leave the futures of several Gunners stars in doubt if the Swede wants to take the club back to the summit of English football.

The 38-year-old is believed to have started plans to purchase the club over the weekend following heavy backlash over the Kroenke family’s involvement in signing Arsenal up to the European Super League.

A protest organised by supporters last Friday demanded that Kroenke Sports & Entertainment (KSE), owned by Stan Kroenke, relinquish their control of the club. However, it is thought that the American businessman would want at least £2bn.

Ek could be supported in putting together a deal by former players Dennis Bergkamp, Thierry Henry and Patrick Vieira.

He laid out his intention to buy Arsenal in a tweet on Friday. “As a kid growing up, I’ve cheered for @Arsenal as long as I can remember,” he said. “If KSE would like to sell Arsenal I’d be happy to throw my hat in the ring.”

Earlier this year, Ek’s net worth was valued at around $4.7bn by Forbes. If his takeover were to be completed, Ek would need to spend vast amounts to ensure Arsenal regularly compete at the top of the league with the likes of Manchester City, Liverpool, Manchester United and Chelsea.

Express Sport looks at four players who could find themselves at risk of losing their place, or being sold on, if a takeover is sanctioned. 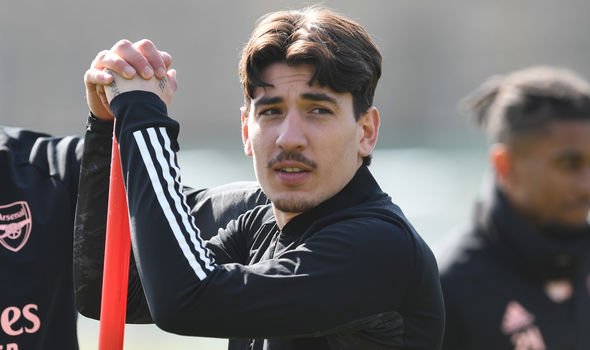 The right-back, who joined the Gunners from Barcelona as a 16-year-old, has had a disrupted few years due to injury.

Those have impacted the development of the once highly-rated Spaniard.

His fitness, alongside Mikel Arteta’s preference for Calum Chambers at full-back, have limited Bellerin to nine Premier League appearances since the turn of the year, out of a possible 17.

A move for 22-year-old Inter Milan wing-back Achraf Hakimi would be an upgrade, while Bellerin could benefit from better first-team opportunities elsewhere having seen his career stagnate over the last few years. 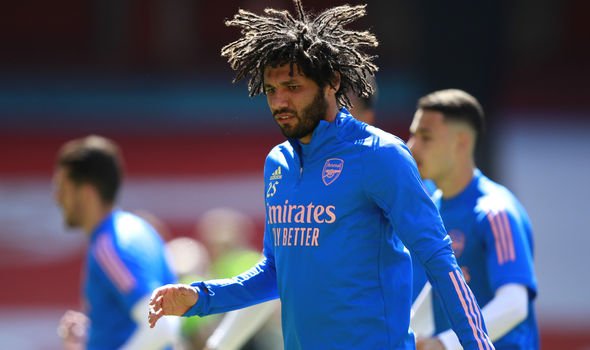 The Egyptian has never enjoyed a regular spell in the Arsenal team since joining from Basel for around £7m.

The 28-year-old spent last season on loan at Besiktas, finishing third in the Turkish Super Lig.

Despite being linked with a permanent exit last summer, Elneny has played 38 times this season – although most of those have come as substitute appearances or as part of weakened line-ups in the Europa League.

Arsenal could feasibly ask for around £10m to move Elneny on, which would help raise further funds to upgrade other areas. 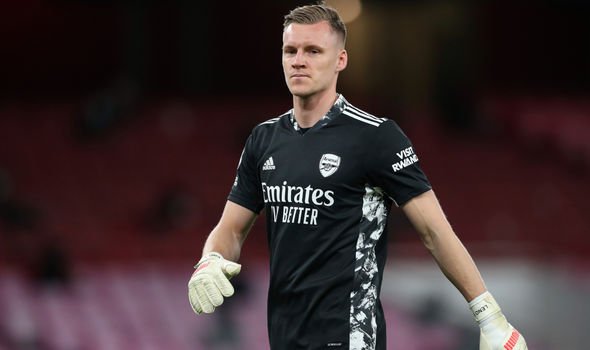 The German was signed from Bayer Leverkusen in 2018 in Arsenal’s bid to finally have a long-term No 1. Leno did well in his first two seasons without being spectacular, but suffered a serious knee injury against Brighton during Project Restart at the end of the last campaign.

Emiliano Martinez deputised and performed exceptionally well. The Argentine was in goal for the 2-1 FA Cup final victory over Chelsea.

At times, it has seemed that Arsenal let go of the wrong goalkeeper. While Martinez has cemented his position as one of the best goalkeepers in the league, Leno’s form has been inconsistent.

The nadir came on Friday when he failed to grasp Richarlison’s cross, and the ball deflected into the net via his knee to hand Everton a 1-0 win.

There was also a sending off against Wolves in February, when Leno came charging out of his penalty area and bizarrely handled the ball.

Leeds’ 20-year-old shot-stopper Illan Meslier would provide a better alternative if Arsenal were to spend big money on a long-term first-choice goalkeeper. 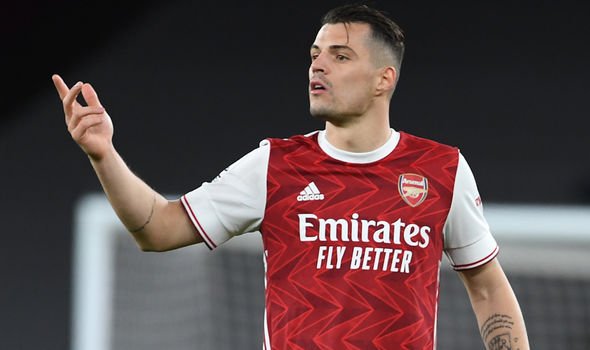 A controversial figure at Arsenal, who has recently won over the fans following a tough 18 months.

It now feels a long time since Xhaka was booed and jeered off the Emirates pitch while being substituted during a 2-2 draw with Crystal Palace in October 2019.

Arteta has helped to turn the Swiss’ fortunes around when it once seemed over, and he has made 40 appearances this campaign.

But Xhaka has always seemed like a player who could make way for an improved alternative.

That could be directly, with a defensive midfielder being signed to replace the 28-year-old. A sensational return for former academy graduate Ismael Bennacer has been mooted over the last few years.

Or Xhaka’s sale could be used to raise funds for a more attack-minded midfielder, which is an area in which no Arsenal player has nailed down a regular berth. A move for Borussia Dortmund’s Julian Brandt is rumoured to potentially cost just £22m.