Arsenal target Thomas Partey would be willing to make the move to the Emirates Stadium should a deal be agreed with Atletico Madrid, reports say. The Ghana international is admired by Mikel Arteta. And he could yet move to north London, despite the Gunners also being keen on Lyon star Houssem Aouar.

And they’ve also secured back to back Premier League wins, hammering Fulham and edging out West Ham.

Despite their fine form since Arteta’s appointment, Arsenal are still hoping to strengthen their squad with a week of the transfer window remaining.

Partey has been on their radar throughout the summer, with the Ghana international shining for Atletico under Diego Simeone’s tutelage throughout the years.

And Football London claim that the 27-year-old would be willing to move to the Emirates Stadium should a deal be agreed with the La Liga giants.

Atletico have spent the summer demanding £44million for their prized asset, adamant any potential suitors must meet his release clause in full.

The report says personal terms with Partey wouldn’t be a problem either, with the Atletico star yet to commit to a new contract. 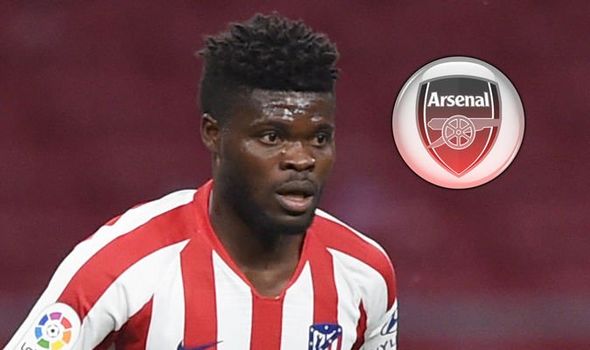 But Partey is said to be training as normal and ready to continue with Simeone’s side at the current moment in time.

Arsenal, in a bid to raise funds for Partey or Lyon star Aouar, are willing to shift out Lucas Torreira – demanding a fee of £20m for the Uruguay international.

And Sead Kolasinac, Shkodran Mustafi, Sokratis Papastathopoulos, Matteo Guendouzi and Mesut Ozil could be sold as well, with all players currently down in Arteta’s pecking order.

Meanwhile, though Aouar has become the Gunners’ main focus in recent times, Nigel Winterburn feels they should be going after Partey with vigour instead.

“Thomas Partey and Houssem Aouar are the right sort of names to be linked with Arsenal,” Winterburn told FreeSuperTips.

“At times, for long periods, Arsenal have good possession of the ball. But when teams set up defensively, they struggle to break the opponent down.

“Last weekend [against West Ham] was actually a poor performance by Arsenal, but I’m happy about the result because last season that would have been a game that Arsenal would have lost. 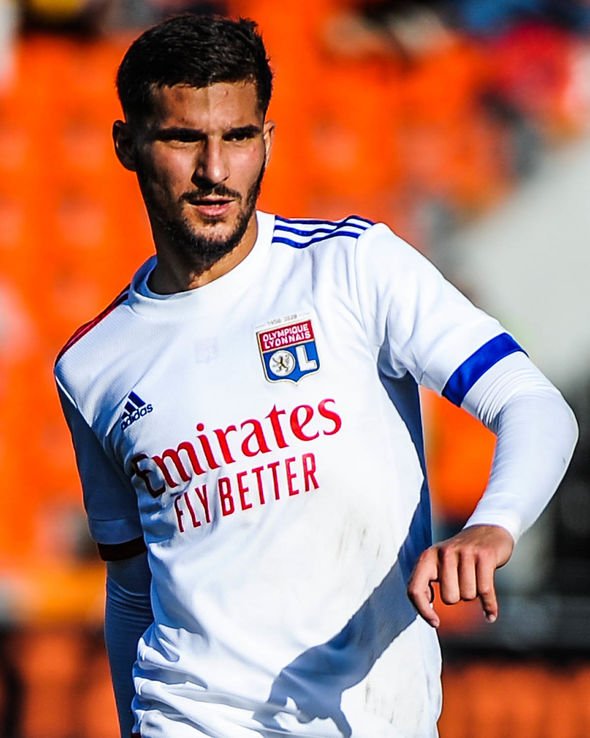 “I’ve said for the last two seasons, that the Arsenal squad needs to be changed and refreshed.

“Mikel Arteta has come in, he’s addressed the defensive issues, and by considering Houssem Aouar and Thomas Partey it looks like he’s starting to address the problems in midfield as well.

“Arsenal’s big issue is that they’ve got so many midfield players, they probably need to offload some before they can bring more in.

“However, players like Thomas Partey and Houssem Aouar are players that I’m pleased to see Arsenal linked with. They are different types of players that can bolster a midfield.”

He then added: “I really like Partey because he is quick, solid and powerful off the ball as much as on it.

“There have been times in the past when Arsenal fail to break things down because of the pace of other teams on the counterattack, which is something that Partey could come in to do.

“He takes the ball in tight situations and has the power and the ability to go past the opposing midfield players.

“Once you start to eliminate in this way, as Partey does, you tend to open space in and around the opposition’s defence.

“With Arsenal’s pace up front, they can take advantage of this and cause some damage.

“Mikel Arteta is not totally happy with the midfield that he currently has and looks like he wants to change it up.

“As always with Arsenal it takes a long time to get things done. We’re just going to have to again wait and see, but I don’t believe that Arsenal have the money to bring them both in.

“Also, when discussing ideal signings, we forget to consider whether those players want to join Arsenal, and that’s the most important thing.

“So, we’ve got to wait and see, but my preference of the two would be Thomas Partey.”

Related posts:
Basketball News:
Guthrie claims maiden Carji Greeves Medal
Royal Antwerp vs Tottenham live stream: How to watch Europa League fixture online and on TV tonight
Cruel cost of gun’s ‘ridiculous’ feat
MLB News:
Teddy Bridgewater contract breakdown: How the Panthers signed one of NFL’s best QB bargains
Rams take baton: Must ‘be great to be relevant’
Simulated World Series: MVP Corey Seager leads Dodgers to elusive championship
Recent Posts
This website uses cookies to improve your user experience and to provide you with advertisements that are relevant to your interests. By continuing to browse the site you are agreeing to our use of cookies.Ok