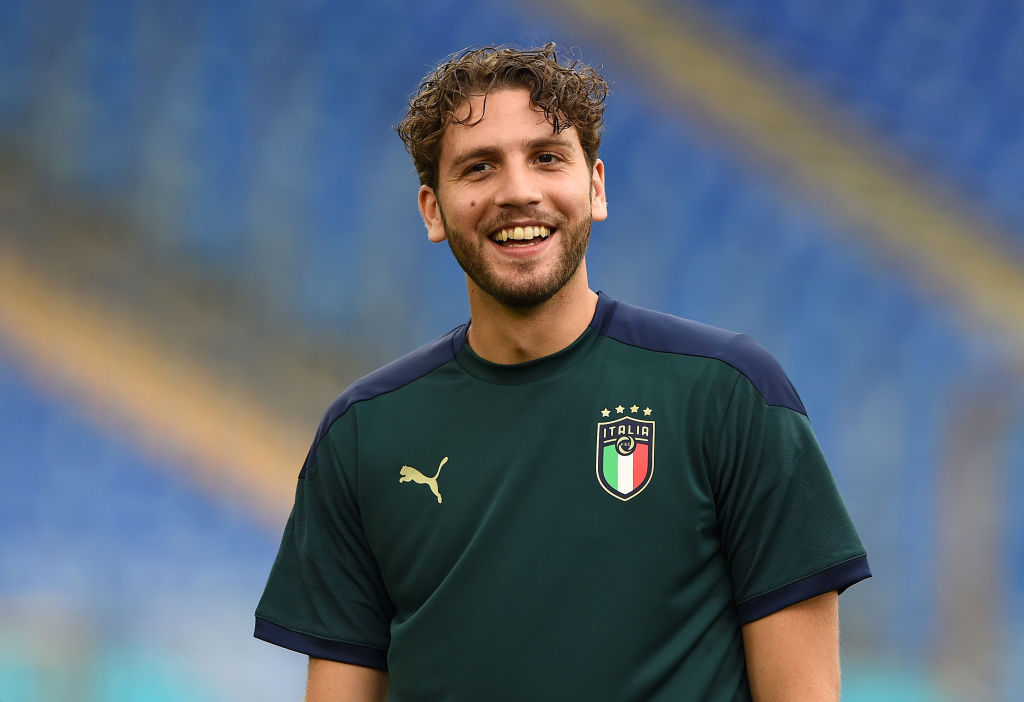 Arsenal are reportedly weighing up a transfer move for Manuel Locatelli and will be watching over the midfielder’s performances for Italy at the European Championships.

Locatelli had an outstanding domestic season to help Sassuolo to an eighth-placed finish in Serie A and the 23-year-old was rewarded with a place in Roberto Mancini’s 26-man squad, who are many people’s dark horses at this summer’s tournament.

Manchester City, Juventus, Borussia Dortmund and Paris Saint-Germain have all been heavily linked with Locatelli in recent weeks and it appears Arsenal have joined the race for his signature, with Mikel Arteta on the hunt for midfield reinforcements.

According to Sky Sport Italia, the Gunners will be keeping a close eye on Locatelli as Italy prepare to kick off their Euro 2020 campaign against Group A opponents Turkey at Rome’s Stadio Olimpico tonight.

And while Sassuolo are reluctant to part with such a key player both on the pitch and in the dressing room, the report claims an offer of around €40m (£34m) could convince them to do business before the transfer window closes.

However, their valuation of Locatelli could rise should he go on to play a starring role for Italy in front of the eyes of the world over the next month.

Arsenal are set to lose midfielders Lucas Torreira and Matteo Guendouzi this summer and Martin Odegaard appears unlikely to return after an eye-catching loan spell in north London, with Real Madrid keen to keep hold of the Norwegian.

Joe Willock could also be set for the exit door at the Emirates as Newcastle explore a possible permanent deal for the youngster following his heroics in the second half of the season.

Italy head coach Mancini is expected to opt for a three-man midfield of Locatelli, Nicolo Barella and Jorginho versus Turkey, with PSG star Marco Verratti unavailable this evening due to a knee injury.

Earlier this week, Locatelli admitted he may have a tough decision to make on his future once the Euros are over.

‘It is just gossip. There is such an important competition to play and I am focused on that,’ he told reporters at Italy’s training camp.

‘It is normal to have rumours about the transfer market, but I will not let myself be influenced by them.’

‘It would be a waste of time to think about that, even though I know that after the Euros will have some decisions to make.’

Locatelli added: ‘Representing Italy and the Italian people at the Euros is a beautiful responsibility that everyone wants to have. It is something to tell our children about.

‘For me it is a dream that I have had since I was a child. I used to watch these competitions on a big screen with my friends.

‘Turkey are an important team, they have great players like Hakan Calhanoglu, who I used to play with. It will not be easy, but we have to give everything.’