Arsenal manager Mikel Arteta and technical director Edu have already identified two targets for next year’s summer transfer window. And club bosses have already held talks with the agent of one of their targets as they bid to turn the Gunners back into a major Premier League force.

Arsenal’s big signing of this summer’s transfer window was of course midfielder Thomas Partey, who joined from Atletico Madrid on deadline day after the Gunners triggered his £45million release clause.

Before that, Arteta had mainly focused on strengthening his defence, bringing in Gabriel Magalhaes, Cedric Soares and Pablo Mari during 2020.

Looking ahead to 2021, Arteta and Edu are set to focus on sharpening up Arsenal’s attack.

The Gunners have been linked with strikers Patson Daka of Red Bull Salzburg and Odsonne Edouard of Celtic, but are still seeking the creative midfielder they need to provide the link between midfield and attack. 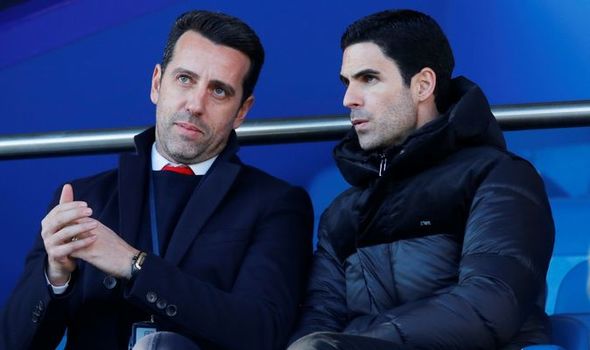 Houssem Aouar was a target during the summer, and the north London club are expected to renew their pursuit of the Lyon playmaker, who is believed to harbour dreams of playing in the Premier League.

But Aouar’s price tag could be a problem, with Lyon said to have wanted £55m for him this summer.

Arsenal have identified Red Bull Salzburg midfielder Dominik Szoboszlai as a cheaper alternative – and have already held talks with his agent Matyas Esterhazy over a potential move, according to reports cited by Sport Witness.

Szoboszlai has already notched six assists in seven games in the Austrian Bundesliga this season, and has scored once in the league and twice in the Champions League. 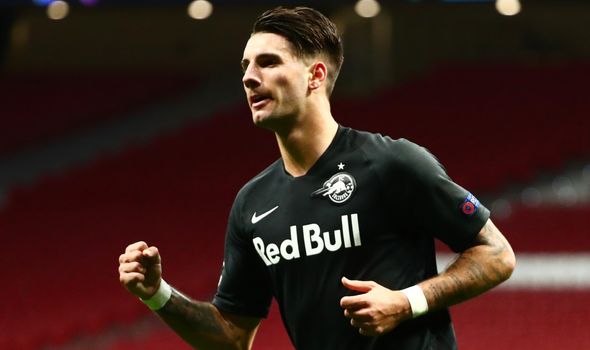 The 20-year-old has reportedly twice come close to agreeing a deal to join AC Milan – but Esterhazy said his client will not be joining the Serie A side, and claimed Arsenal’s interest in him “is real”.

The midfielder is said to have a release clause in his Salzburg contract of around £22m, making him a cheaper option than Aouar.

But Arsenal are expected to face competition to sign the Hungary international, who can play across the midfield and recorded 12 goals and 18 assists for Salzburg in all competitions last season.