Arsenal icon Tony Adams wants to see his former club shake up their current transfer policy this summer, starting with selling both Hector Bellerin and Cedric Soares. The Gunners haven’t been able to compete with the likes of Chelsea, Manchester United and Manchester City when it comes to spending millions of pounds in the transfer market.

That was made abundantly clear last summer when Arsenal brought in both Willian and Soares on free transfers.

They still splashed the cash on signings such as Thomas Partey and Gabriel while Pablo Mari’s loan move from Flamengo was made permanent.

But they also missed out on a number of top targets, including Lyon star Houssem Aouar while Emiliano Martinez was sold.

Martin Odegaard was also brought in on a short-term loan back in January to give Arsenal more options in the attacking midfield position.

JUST IN: Arsenal aware of condition that could lead to £30m Ivan Toney transfer 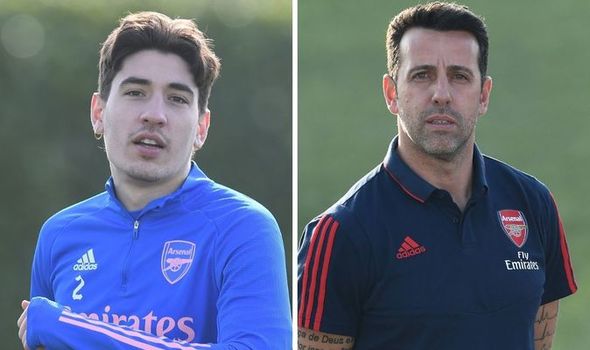 However, Adams is yet to be convinced by the loan signing of Odegaard and believes Arsenal need to rethink their transfer strategy.

Mikel Arteta is keen to bolster his squad and give himself an array of options in every position.

Both Bellerin and Soares are currently battling with one another to start at right-back.

But Adams believes the club would be better off focussing their efforts on selling both players in order to bring in one player who is capable of making a big difference.

“If you’re bringing players in who are a lesser standard, you don’t get someone that’s less than what you’ve got,” he told Stadium Astro.

“Cedric, is he better than Bellerin? Have you made an improvement there? Take it or leave it.

“Or are you telling me we need two? Get rid of two and get a good one! That would be the opinion that I would have. 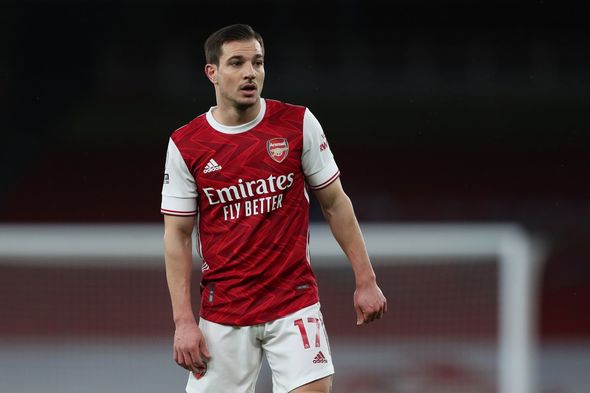 “You always bring in players who are better than the ones that you’ve got or don’t bring them to the club.”

Bellerin is under contract at Arsenal until 2023 but there has been ongoing speculation over his future at the club.

Both Paris Saint-Germain and Barcelona have been credited as holding an interest in signing the 25-year-old.