Arteta not getting carried away over Arsenal's early season form

Arsenal hold the advantage in the race for Shakhtar Donetsk winger Mykhaylo Mudryk according to former striker Kevin Campbell as he is ‘probably ringing’ current Gunners’ left-back and international team mate Oleksandr Zinchenko about a move. The wideman has been widely reported to have become one of the Mikel Arteta’s top transfer targets but other clubs like Brentford and Everton are also said to have him in their sights.

Mudryk has emerged as one of the most sought after prospects in European football following a series of promising displays for Shakhtar. He continued this in the Champions League against Celtic this week, scoring his side’s only goal of the game following on from his goal and two assists against RB Leipzig last week.

His performances have attracted the attention of Arsenal who reportedly contemplated making an offer for him towards the end of the summer transfer window. Shakhtar are believed to have placed an evaluation of around £30million on his services which may be enough to tempt the Gunners into a move in January given his current form however they would face competition from Everton, Brentford and potentially a host of other outfits from across Europe.

However, former Arsenal striker Campbell believes his former side have an ace up their sleeve when it comes to their battle to tempt the Ukrainian to the club in Zinchenko. The Englishman reckons the pair may be exchanging phone calls as the 21-year-old weighs up his next move. 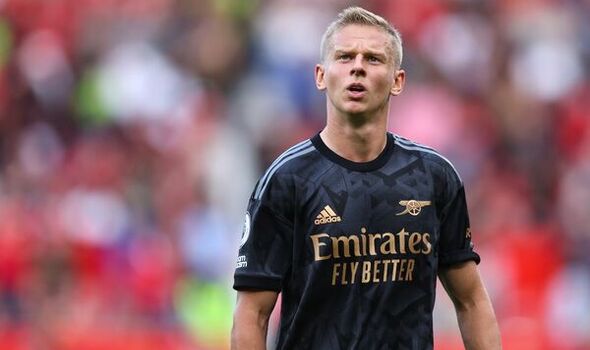 “I truly believe he is the right profile for Arsenal. He seems to have a great attitude. Again, I think he likes the Arsenal. Obviously, his [international] captain’s at Arsenal.

“So he’s probably ringing Zinny and saying ‘speak to the manager, get me over there’. He’s doing pretty well for himself at Shakhtar. He’s looking the part. Now he’s been linked to Arsenal, everybody’s watching him. I’d like Arsenal to have all the weapons. So no matter what, we could chop and change, and we’re still strong.” 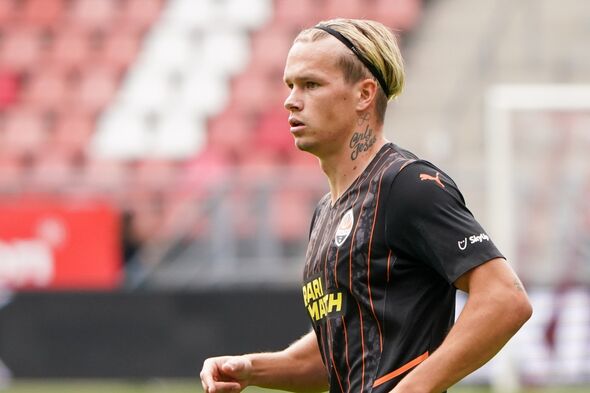 For his part, Mudryk has been open about his ambitions to play in the Premier League and his admiration for Arsenal.

“Yes. I think every guy dreams about the Premier League,” he said when asked about a potential move to north London. “It’s hard to say but Arsenal is a very good team. Very good coach, I like the way they play.”

It remains to be seen whether or not Mudryk will eventually sign for the Gunners but it appears Arsenal hold in advantage in the race for his signature.