Juventus are interested in signing Arsenal striker Alexandre Lacazette and are prepared to offer midfielder Adrien Rabiot in exchange, reports claim. The Gunners have a long-standing interest in Rabiot and tried to secure his services in January.

The Gunners contacted Veronique Rabiot, Adrien’s agent and mother, in January to discuss a loan deal for the remainder of the 2019-20 campaign.

But Juventus ultimately decided against offloading the six-capped France international.

But despite his progress and markedly improved performances in Turin, Rabiot’s Juventus future hangs in the balance.

JUST IN: Man Utd £40.9m transfer plan in doubt because of Liverpool and Cristiano Ronaldo 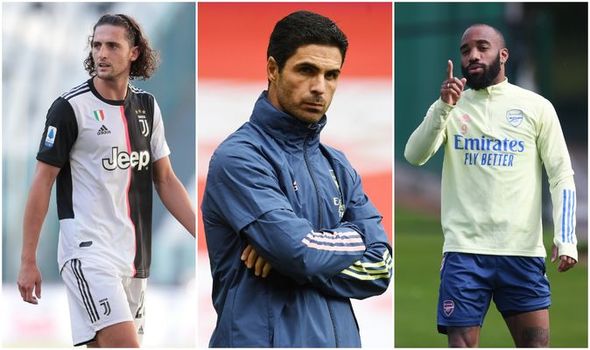 And that, according to Italian publication Calciomercato, is because the perennial Serie A champions are looking to use him as bait to sign Lacazette in the upcoming transfer window.

The report claims the two parties are ‘trying to set up’ negotiations to discuss the possibility of an exchange.

Striker Gonzalo Higuain is expected to leave the club this summer and French forward Lacazette is on Juve’s list of potential replacements.

The 29-year-old, who has scored 48 goals and provided 24 assists during his time in north London, has just under two years remaining on his contract.

Manager Mikel Arteta clearly wants to tie Lacazette to a new contract at the Emirates Stadium but claimed in early July that talks hadn’t yet started.

Barcelona to complete transfer for Brazil centre-forward on Wednesday 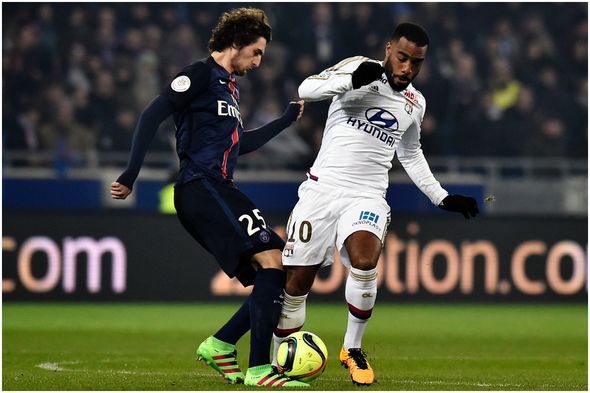 “We have to have a chat about the next step with him and get his ideas and his feelings,” Arteta said. “As I said, I am really happy with him.

“He’s a player that I’ve always liked, even when I wasn’t here, because of what he brings to the team: his qualities, his ability, his work rate. So let’s see. Now we are in a crucial moment.

“It’s no time to talk about a lot of contract situations. We still have time and we will do it in the right moment.”

Barcelona and Juventus have already agreed a swap deal ahead of the transfer window with midfielders Arthur and Miralem Pjanic trading places, with the Serie A champions also paying £9million.