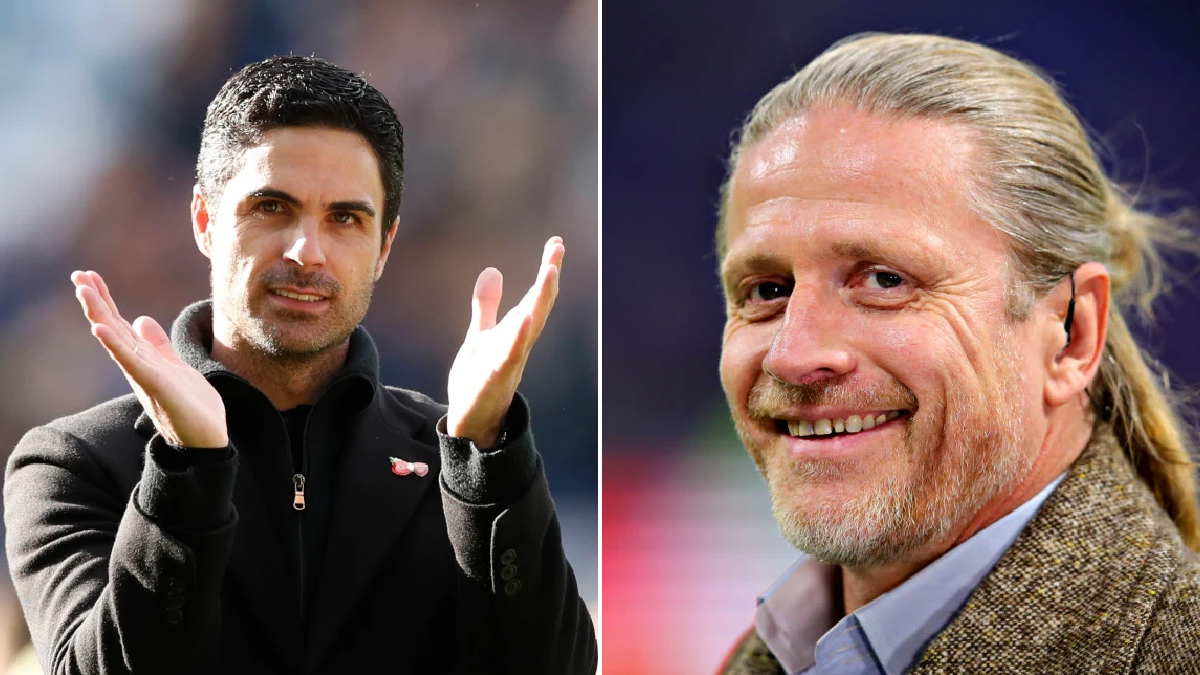 Emmanuel Petit has named five players that Arsenal could sign this summer and insists his former club need to bring in ‘at least’ four new signings to bolster Mikel Arteta’s squad.

The Gunners have enjoyed a largely promising campaign, recovering from three straight defeats at the start of the season to climb into the Champions League spots with just three games remaining.

Arteta’s side are currently four points ahead of fifth-placed Tottenham and will secure a top-four spot if they beat their north London rivals in Thursday’s mouth-watering derby.

Former Arsenal midfielder Petit has been encouraged by the team’s progress this season but says the squad still needs strengthening, urging the Gunners to sign at least four players in this summer’s transfer window.

Jesus and Sterling have both been linked with moves to north London recently, while Arsenal expressed interest in signing ex-Chelsea man Abraham before his move to Italy. Zaha, meanwhile, was close to joining the Gunners in 2019.

Petit, speaking to Genting Casino, said: ‘I really like Tammy Abraham, he is of course still with Roma in Italy. He’s a tall guy, physical, he can run fast, he has improved.

‘The way he’s playing with his teammates as well, he’s improved in terms of finishing, this is exactly what Arsenal need.

‘He’s a totally different player to Eddie Nketiah and I think they need different options up front and to me, Abraham could be a very good option, especially after what happened at Chelsea.

‘If you give him the opportunity to come back to England, especially in London, he will come back with a feeling of revenge.

‘In a way, there are some similarities with Romelu Lukaku when he came back from Chelsea, he was looking for revenge.

‘In football, I like that kind of thing. It’s important mentally. For his quality as well in front of goal, I think it could be a very good deal.

‘I’ve heard big names as well, Gabriel Jesus, Raheem Sterling, I really like Wilfried Zaha, or even someone like Allan Saint-Maximin from Newcastle.

‘Gabriel Martinelli is a very good player, just like Bukayo Saka, but when they get injured, who’s going to play on the left and right?

‘There are no options, they need at least four players, at least two up front.’

Speaking in April, Arteta hinted at another Arsenal spending spree this summer, having sanctioned deals for the likes of Ben White, Aaron Ramsdale and Martin Odegaard almost 12 months ago.

Asked if he anticipates a busy summer at the north London club, Arteta said: ‘I am expecting so, yes.

‘I think both competitions [the Champions League and Europa League] require a much larger squad because the amount of games you play is much bigger in both, so I don’t think [which you qualify for] makes a lot of difference or changes a lot.

‘If you can financially afford it and we don’t have to do the turnaround in the squad that we’ve had to do, if you ask me what I want it’s 22 outfield players and three goalkeepers.

‘You have to come a long way in the aspects that you see on the pitch, it’s a lot of things that have to be put in place, and that takes time.’