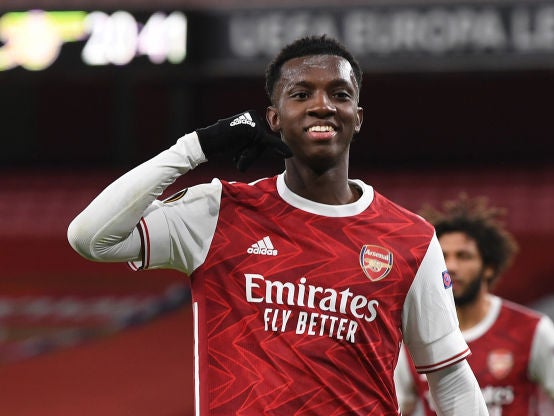 Nketiah celebrates his goal vs Dundalk

Dundalk still did themselves credit.

There is a thin line for clubs like Dundalk in these games, which is why they tend to have to prioritise quite a thick line at the back.

The resource and quality gaps mean they have little choice but to dig in and try to counter, but the problem is that it means there’s not much they can do at all once they go behind. So it was in this game.

The greater frustration for Dundalk and manager Filippo Giovagnoli was that, collectively, their shape had been good. They were just let down by individual errors.

Curious as it may seem after a final scoreline like that, there was a relatively long period when there was an angst to Arsenal’s play. They were forcing it, and couldn’t create proper chances as Dundalk stayed solid.

The first proper breakthrough didn’t really come from any play, but from a block, as the ball bounced back across the box to sit up kindly for Nketiah just yards out. He somehow missed from inside the six-yard box. 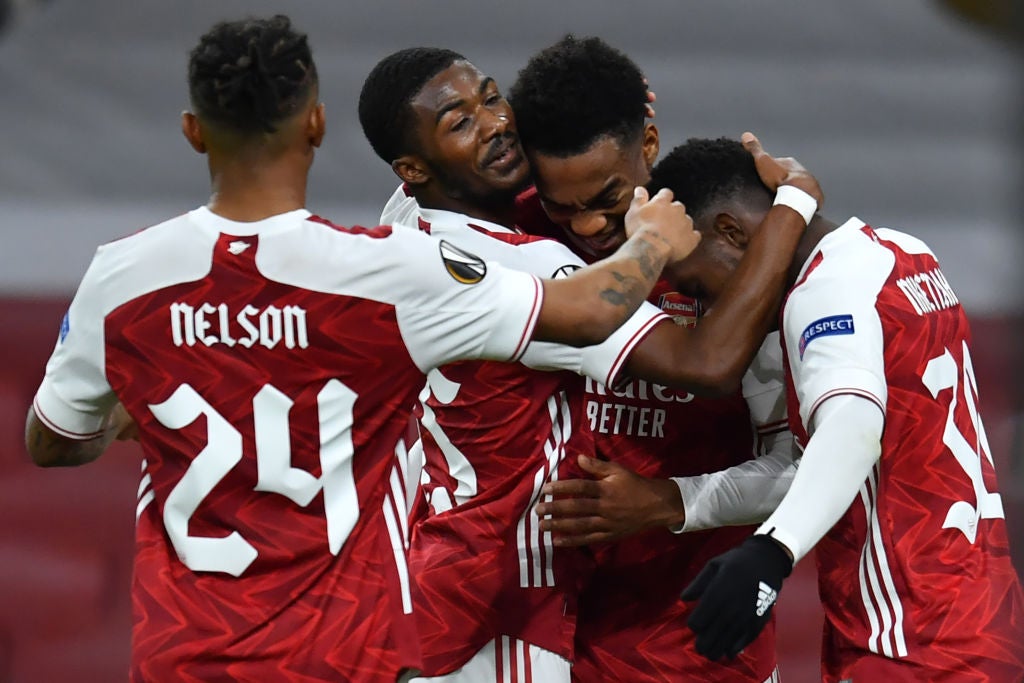 He didn’t have to dwell on it too long, or wait much longer for a better chance.

That’s the other thing about games like this, though. Even if it is not the wealthier side’s first team, the opposition have to be first to everything, and 100% on it. That didn’t happen.

Gary Rogers – who had been the penalty hero in the Europa League qualifier away to Sheriff Tiraspol to basically ensure Dundalk got this far – fumbled a corner, allowing Nketiah to quickly make amends by prodding in from even closer.

That was probably that in any case, but Arsenal immediately made sure, courtesy of another individual error. A touch at the edge of the box put in Joe Willock, who thrashed the ball into the roof of the net.

It looked like it could have been an avalanche as Arsenal claimed another just after half-time – and their third in four minutes of football.

This was Pepe’s moment, and quite a goal.

The ball had been bobbling along the edge of the box, only for the forward to control it with his studs in an unorthodox manner, before curling it into the net.

It was a supreme, and almost a frustrating glimpse of what might be.