Arsenal will be without Thomas Partey; Leeds midfielder Kalvin Phillips is an injury doubt; follow Arsenal vs Leeds on Sky Sports Premier League and Main Event from 4pm on Sunday; kick-off 4.30pm 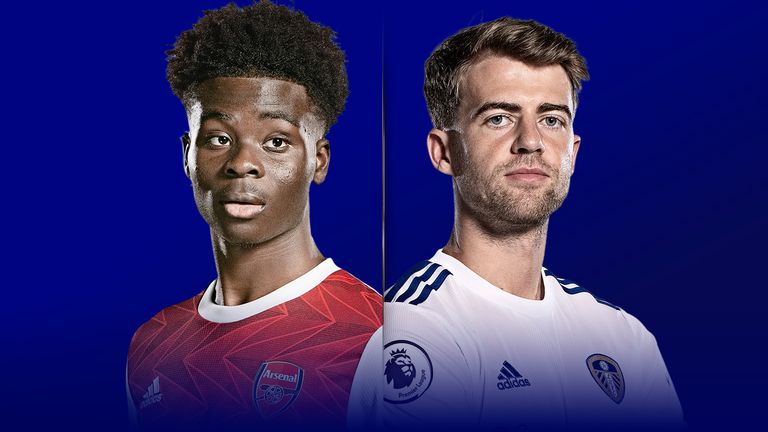 Team news and stats ahead of Arsenal vs Leeds in the Premier League on Sunday; kick-off 4.30pm.

Arsenal will be without Thomas Partey for Sunday’s Premier League visit of Leeds.

The midfielder came off in last weekend’s defeat at Aston Villa with a hamstring problem and is absent this time around.

Kieran Tierney (leg) is also still missing but both Bernd Leno and David Luiz are back in contention after serving one-match bans following their red cards against Wolves.

Leeds midfielder Kalvin Phillips is an injury doubt and will be assessed after sustaining a calf injury in Monday night’s home win against Crystal Palace.

Rodrigo and Pablo Hernandez have not recovered from respective muscle strains and will not be included in the squad.

You can’t beat a bit of Leeds on Super Sunday.

They head to The Emirates will their tails firmly up, too, having won three of their last four matches. Patrick Bamford, Raphinha and Jack Harrison are all playing with confidence and you feel the Arsenal back four is going to get a significant workout in this one. Arsenal faced 25 shots in the 0-0 draw at Leeds in November – four more than they have in any other Premier League game this season. How that game remained 0-0 is still a mystery, even when it was 11 vs 11 Leeds were the dominant side.

A quick look at the table shows that Leeds are above Arsenal with a game in hand. The eye in terms of performances backs that up – there really isn’t much between these two. And with no home advantage at play still in the Premier League, the 3/1 with Sky Bet for an away win does look very generous.

One thing to consider though is Leeds’ organisation at the back – it still worries me. This means my Rob Holding to score project will hopefully take a profitable turn on Sunday.

Holding is becoming a key player for Mikel Arteta, but one thing is missing: a Premier League goal. He has never scored one.

Since Arsenal’s defeat to Tottenham in December, Holding has developed into massive threat at set-pieces. In that period he has registered 12 shots at goal – only Lewis Dunk has had more efforts on goal of every centre-back in the Premier League. He’s showing an ability to get into dangerous areas and it’s only a matter of time before he knocks one in.

Pitch to Post Preview – Guardiola v Mourinho, Arsenal’s dip and development, and how far away are Man Utd?

In this week’s Pitch to Post Preview Podcast Peter Smith is joined by Sky Sports News reporter Paul Gilmour and Sky Sports feature writer Nick Wright to look ahead to Saturday’s clash between Pep Guardiola’s Man City and Jose Mourinho’s Tottenham, with the league leaders’ imperious form and Gareth Bale’s continued absence from the Spurs XI on the agenda.

We also hear from Sky Sports pundit Alan Smith on Arsenal‘s inconsistency, how Mikel Arteta is building for a better campaign next season, and whether Leeds striker Patrick Bamford can make it into England’s squad for the Euros.

Plus, Nick Wright delivers his verdict on why Manchester United should be ready for a title tilt, Sam Allardyce‘s struggles to turn things around at West Brom, and shares his Pitch for what will happen in the Premier League this weekend.