-Match kicks off at 4pm

Arsenal boss Mikel Arteta has confirmed he will pick a strong team as Watford fight to survive in the Premier League on the final day.

“We have to respect that there are a few teams in the relegation battle and we are responsible for that as well.”

He added: “It is our responsibility. A strong side doesn’t mean that players who have played less will not participate. 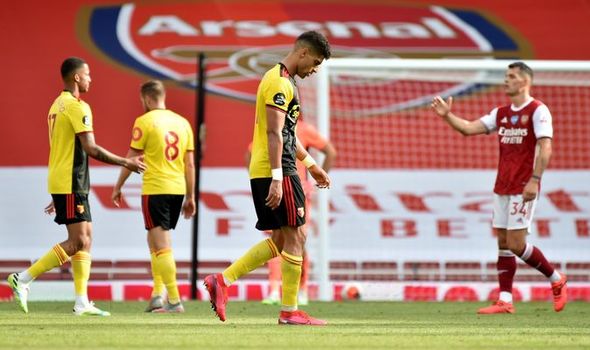 “For me, it’s more about how we approach the game and how we go into that game to win.

“That is not 50/50, there is no lack of intensity, anything like that. We cannot do that.”

Watford are fighting Bournemouth and Aston Villa with two of the three set to be relegated alongside Norwich who are already down.

The Hornets are currently 18th, level on points with Villa going into the final matches at 4pm this afternoon.