Mikel Arteta has been warned that Arsenal star Emile Smith Rowe is growing ‘unhappy’ at the club due to his lack of opportunities. The versatile playmaker is yet to start a Premier League match this season.

The Gunners have made an impressive start to the new campaign and head into this weekend at the top of the table. They have won five of their opening six games of the season, losing to 3-1 to Manchester United in their only defeat earlier this month.

Arteta is already reaping the benefits of his summer spending spree, notably with Gabriel Jesus seemingly proving to be the final piece of the puzzle in the final third. The Brazilian has brought together the attack, with his hold-up play allowing wingers Bukayo Saka and Gabriel Martinelli to flourish – with midfielder Martin Odegaard also benefitting by being able to push forward more frequently.

However, Arsenal’s good form means that Smith Rowe has been limited to just 48 minutes of league football. Former Tottenham defender Alan Hutton believes that the England international is growing frustrated by being pushed down the pecking order at the Emirates Stadium, telling Football Insider: “I think it’s been a difficult start to the season for him. 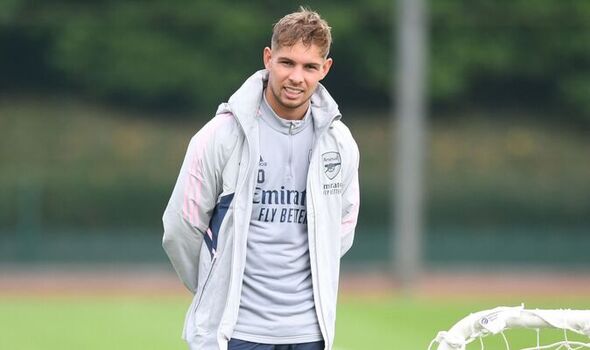 “I mean, he’s still a very young player, he came in and he was one of the reasons they did well last season, him and the likes of [Bukayo] Saka really set it alight. With the players that are coming in, I don’t think he’s really had the game time that he was after.

“You can see just in his demeanour, he looks a little bit down, he’s not as happy as he was last season.” Smith Rowe was ruled out through injury for Arsenal’s recent Europa League match against FC Zurich, with speculation mounting that he could spend an extended period on the sidelines. 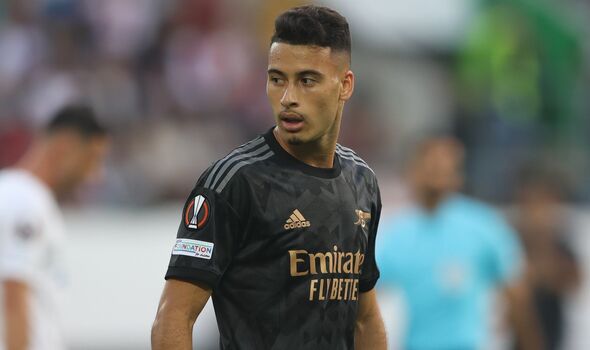 Hutton continued: “Getting an injury at this point in time is not ideal, especially if you’re not a main player within that team. So, it’s really about him recovering from this and getting back to where he was. We know he’s a great player, but you have to show the manager that you can do it on a consistent basis.“

And things could have gone from bad to worse over the summer for Smith Rowe given that Arteta was desperate to sign another winger to add depth to his squad, with Wolves star Pedro Neto targeted.

If the manager gets his wish in the January transfer window, then the 22-year-old will need to truly make an impact off of the bench to stake his claim as to why he is an important member of the team, as he was last season when he made 33 league appearances and scored 10.