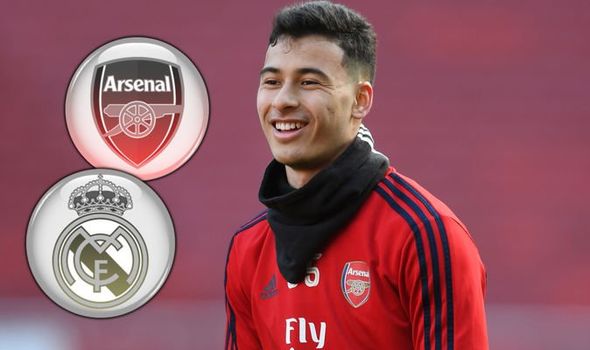 Arsenal will consider huge bids for Gabriel Martinelli this summer – despite the teenage striker having established himself as one of Europe’s most exciting youngsters.

Despite only coming to Europe last summer as an 18-year-old, Martinelli has produced 10 goals and four assists in 26 appearances, only 15 of which have been starts.

That has seen the Brazilian already repay the £6million fee that the Gunners paid Ituano to bring him to the Premier League.

Such an excellent start to his Arsenal career, with Liverpool boss Jurgen Klopp calling Martinelli “the talent of the century”, has reportedly piqued the attention of Real Madrid.

The South American teenager appeared to pour cold water on any prospect of him leaving by recently making clear his desire to win the Champions League and “lots of domestic titles” with the north London club. 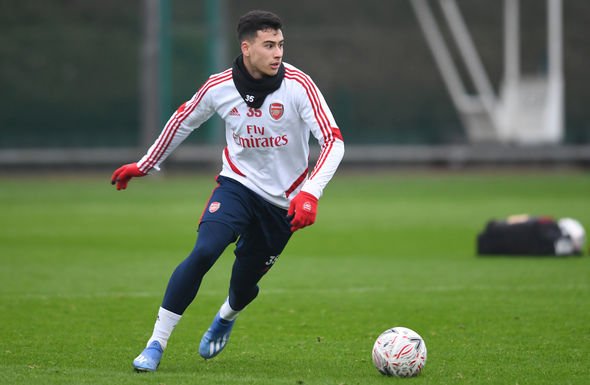 Martinelli declared that he wants to make Arsenal fans “very happy” because they “deserve the best” and that he feels a desire to “give back to the club” after everything they’ve done for him, also adding his ambition to ultimately become “a Gunners legend”.

But despite that, 90min report that Arsenal could be tempted by big offers for Martinelli in the summer.

Mikel Arteta is of course working with limited funds and despite the player’s huge potential, it appears if a bid was considered too good to turn down, they would cash in.

That’s despite Martinelli’s prodigious talent indicating he could be a major player on the European stage over the next decade.

Earning a big fee for him could allow Arteta to rebuild his squad, with central midfield and central defence two areas in need of improvements.

Should he stay at the Emirates, however, Martinelli could find himself playing a role of added significance next season.

That’s because Pierre-Emerick Aubameyang could leave this summer, with less than 12 months remaining on his contract with Arsenal as of July.

But Alan Smith, despite being a big fan of Martinelli, has urged Arteta not to put too much pressure on the teenager too soon.

He told Sky Sports: “It’s asking a lot of [Eddie] Nketiah or Martinelli, as talented as they both are, to step into the shoes of a tried-and-tested goalscorer like Aubameyang, who has been playing at the top level for a lot of years.

“If Aubameyang did leave I’m sure they would be looking to bring some experience in but they are restricted by their finances. 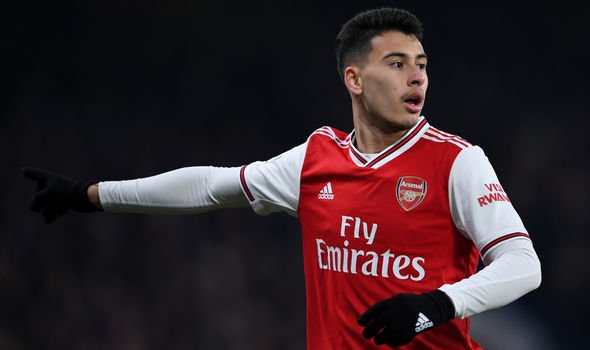 “They’ve also got Alexandre Lacazette but his goal output has tailed off this season compared to his first at the club, so that would be a concern.

“But there’s no question they’ve got talent inside the club. I’m a big fan of Martinelli in particular.

“I think he’s got a great attitude and a wonderful eye for goal as we’ve seen on a number of occasions already.

“There’s definitely a lot to come from him but you have to be careful you don’t put too much responsibility on young shoulders. They need to be nurtured.”