Arsenal new boy Fabio Vieira has been told he needs to toughen up and “build his body up” after finally making his first start for his new club. The £34million signing from FC Porto was handed a start by Mikel Arteta after being eased into the first-team fold at the Emirates Stadium.

Having been named in Arteta’s starting XI for their Europa League group stage tie against FC Zurich, Vieira was handed a chance to impress. And while he didn’t do too much wrong, the Portuguese midfielder looked some way off the pace required at the highest level on his first start.

Given the physical demands of the Premier League, it seems that Vieira may need some more time to adjust before he can be considered a regular. And former Gunners striker Kevin Campbell has urged the youngster to consider bulking up or risk getting bullied by the opposition.

“It was his first start and it was always going to be a tough one,” Campbell told The Highbury Squad. “Look, the opposition weren’t great. And you know what they are going to do about it? Is make up for it with grit and that’s what they did. 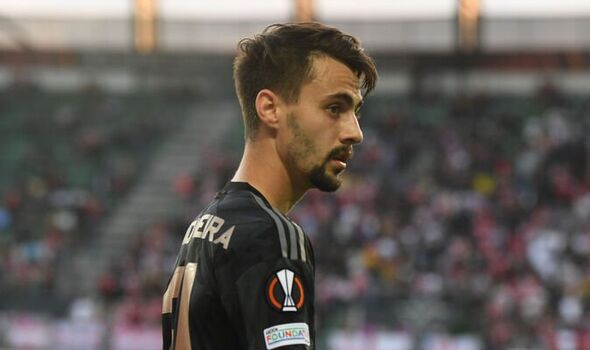 “I thought Vieira… we saw flashes of quality. The one quality we did see was him releasing Eddie [Nkeitah] down the left-hand side for the goal. Showed good touches.

“They [Zurich] had a bit more grit in midfield and that’s what he has to learn. He is playing for Arsenal now. When Arsenal turn up, you are going to get the best of everybody else.”

The 22-year-old has a lean frame as a playmaker and it was notable that he spent much of the game being man-handled by the opposition, with the attacking midfielder often complaining for fouls after ending up on the floor. 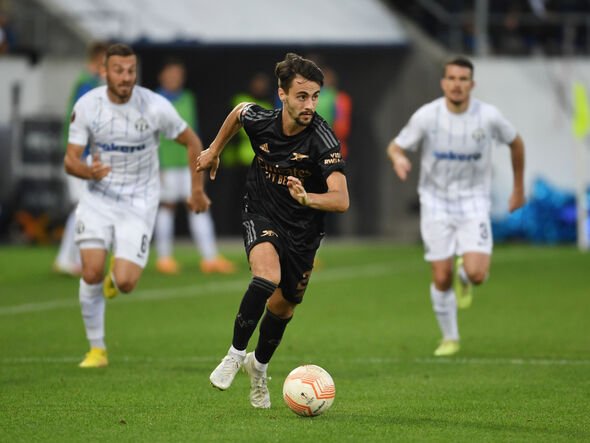 When asked about Vieira being targeted, Campbell insisted being fouled is something he has to accept – and encouraged the Portuguese to use his ability to ensure he is not stifled.

“At the end of the day, he has to get used to the physicality. People know he can play,” he added.

“People know, that if you give him space and time, then he’s a good player and he will hurt you. What’s the first thing they are going to do? Stop him playing. Get into him and make sure he can’t get his head up.

“He has a lot to learn. He has to build his body up, that’s for sure. I thought it was an okay start considering it was his first start.”