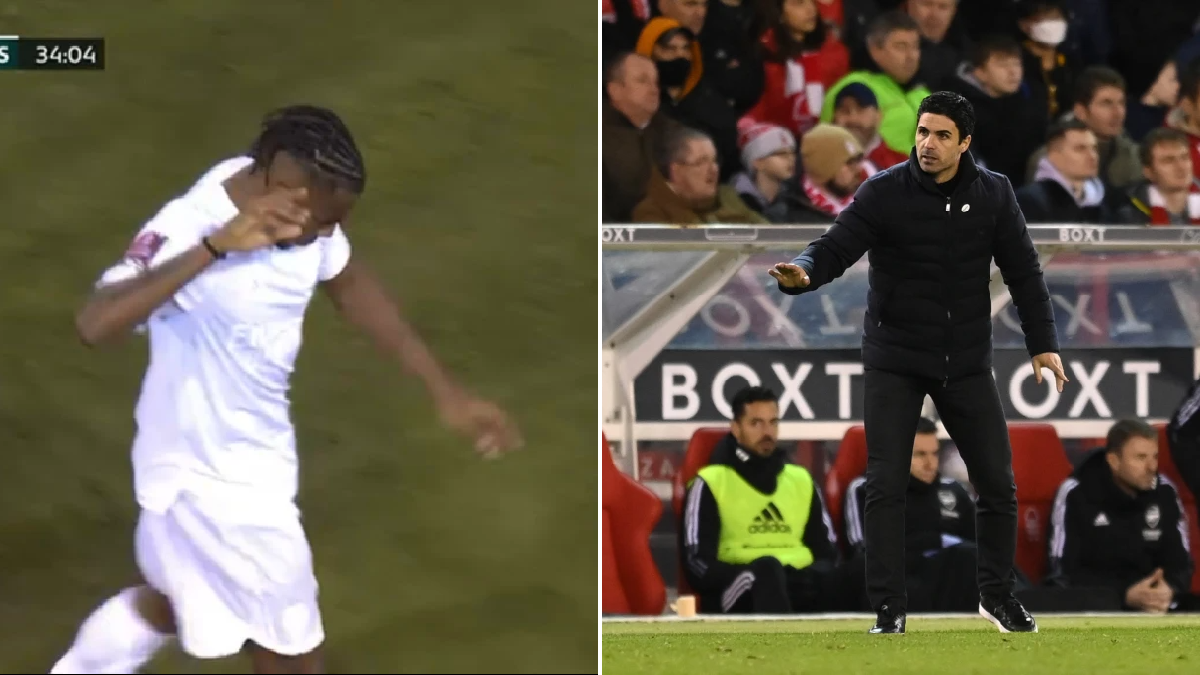 Mikel Arteta says his decision to hook Nuno Tavares after half an hour in their defeat against Nottingham Forest was simply to improve the team.

Arsenal suffered an embarrassing 1-0 defeat to Forest in the third round of the FA Cup as Lewis Grabban came off the bench to score late on for the home side.

The Gunners were far from the best but Tavares had a particularly difficult afternoon and was substituted after just 34 minutes for Kieran Tierney.

The 21-year-old was clearly not happy as he stormed past his manager and threw his gloves to the floor in frustration.

Unsurprisingly, Arteta was asked about the decision post-match but stood by his brutal actions despite the impending fallout that was to come.

‘I just did it to try to improve the performance of the team,’ said the Spaniard.

When asked if he’d considered the story the substitution would create, Arteta replied: ‘I understand that but I have to make the decision to try to improve the performance of the team when it’s not going in any other direction.’

And when pushed further on what Tavares did to be hauled off, he said: ‘I don’t want to talk about any individuals.’

Arsenal now turn their attention to their only other chance of silverware this year when they take on Liverpool in the first leg of their EFL Cup semi-final against Liverpool on Thursday.

Arteta will be expecting much more from his side than the way they performed this evening and admitted his team needed to apologise to the fans for their poor display.

‘They won, they scored a goal and we didn’t,’ Arteta said. ‘We were not good enough and we have to apologise for it.

‘I don’t want to use excuses, I expect the team I put out to do better and when you don’t in the cup you are out.

‘Today showed we were not capable of winning against Forest away from home and didn’t put in the level to win the game. It’s a collective issue and today we have not done it.’