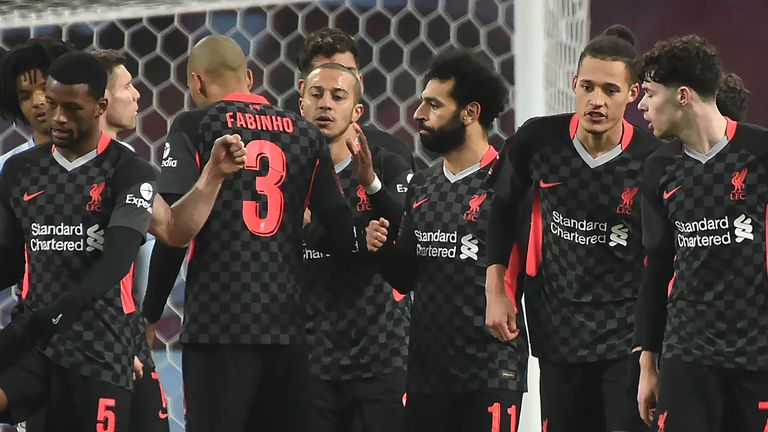 Aston Villa’s academy youngsters produced a valiant effort as Liverpool survived a first-half scare to win 4-1 and progress to the forth round of the FA Cup.

Following a Covid outbreak in their first-team squad, Villa were forced to field an Under-23 side, and Sadio Mane headed the Premier League champions in front inside four minutes.

But Louie Barry equalised (41) memorably on the stroke of half-time to spark hopes of a fairy-tale result for Mark Delaney’s young team.

Liverpool’s superior quality told, however, as second-half strikes from Georginio Wijnaldum (60), Mane (63) and Mohamed Salah (65) ensured there would be no upset. 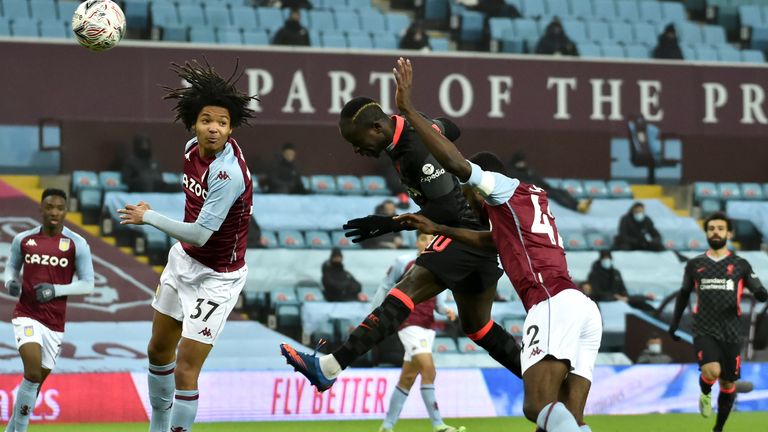 How Villa youngsters rose to the occasion

The Aston Villa starting line-up did not have a single senior appearance between them and an average age of just 18 years old. Unsurprisingly, Liverpool needed just four minutes to take the lead when Mane headed in Curtis Jones’ cross from the right.

Jurgen Klopp’s side had several chances to extend their lead as Wijnaldum wasted a glorious chance when found again in space by Jones. Akos Onodi then saved well to deny Fabinho from 12 yards before the Hungarian stopper kept out a low shot from Salah.

But Villa grew into the contest and stunned Liverpool five minutes before the break when they levelled. Barry raced onto Callum Rowe’s pass to go clean through and calmly beat Caoimhin Kelleher.

Stephen Warnock told Sky Sports News: “It has been truly brilliant from Aston Villa’s youngsters. But Jurgen Klopp will be furious. He will be telling his team they have to move the ball quicker and do things a lot sharper.”

Liverpool had 83 per cent possession in the first half, but Klopp still turned to Thiago Alcantara at the break in place of Jordan Henderson.

Anything Villa produced in the second half would have been a bonus, but Liverpool immediately reasserted themselves as James Milner’s corner was headed towards goal by Fabinho to bring Onodi straight into action.

Aston Villa fielded a youth side for their FA Cup tie with Liverpool amid a coronavirus outbreak at the club. Covid-19 had swept through the senior staff and players with nine of the first-team squad and five members of staff sidelined with the virus. Hungarian Akos Onodi, 19, started in goal while Jake Walker was at right-back after being recalled from Alvechurch.

The visitors thought they had restored their advantage eight minutes into the restart when Thiago slipped a ball inside for Neco Williams that was lashed home at the second attempt by Salah, but only after he had taken the ball out of Onodi’s hands in front of referee Craig Pawson.

Villa were defending resolutely but they were finally breached on the hour mark as Takumi Minamino set up Wijnaldum for a fine finish from the edge of the box low to Onodi’s left. Within four minutes and 20 seconds, the visitors had a three-goal cushion. 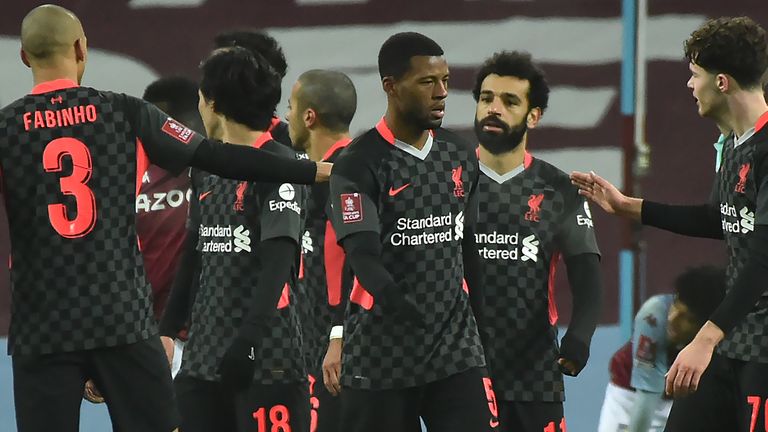 First, relentless pressure led to Mane doubling his tally for the evening as the Senegal international escaped Jake Walker to meet Xherdan Shaqiri’s cross to loop his header beyond Onodi, and barely two minutes later, Salah took another Shaqiri pass to turn and fire low into the same corner having been afforded too much space by Mungo Bridge. It was the first mistake the Villa youngster made all night.

Villa were tiring and began to cramp, as Liverpool looked to add to their lead with Roberto Firmino introduced. The Brazilian dragged an effort wide in the closing stages before Thiago, in cruise control since coming on at half-time, nearly capped his cameo with a goal as his strike from distance thudded off the bar.

Four times in Liverpool’s history have they won FA Cup semi-finals on this ground and gone on to win the cup. They will hope this is a good omen, but the night belonged to the pride of Aston Villa’s youngsters.

Aston Villa are set to face Tottenham in the Premier League on Wednesday January 13, live on Sky Sports; kick off 8.15pm. However, there are doubts as to whether the game will go ahead after the coronavirus outbreak in the Villa first-team squad.

Liverpool’s next encounter is a week on Sunday when they face Manchester United in the Premier League, live on Sky Sports; kick off 4.30pm.