Manchester United are unlikely to shell out the £100million transfer fee required to sign Aston Villa star Jack Grealish this summer. That is according to Gabby Agbonlahor, who believes Villa’s most prized asset will stay put in the transfer window because no club has the funds to tempt his club to sell.

Grealish is back fit and firing after missing 12 games through a persistent shin injury and is likely to play an important role for England at the European Championships this summer.

The 25-year-old playmaker returned seven goals and 10 assists in 27 matches for Villa last season and his quality was there for all to see.

He committed his future to his boyhood club by signing a five-year contract worth around £140,000-a-week in September.

It will therefore take a sizable transfer fee for Villa to sell their creative fulcrum and, having finished 11th, the Birmingham club will hope to push on next season.

Former Villa striker Agbonlahor believes his old club won’t just keep hold of Grealish, they will also invest in other players to help bring the best out of him. 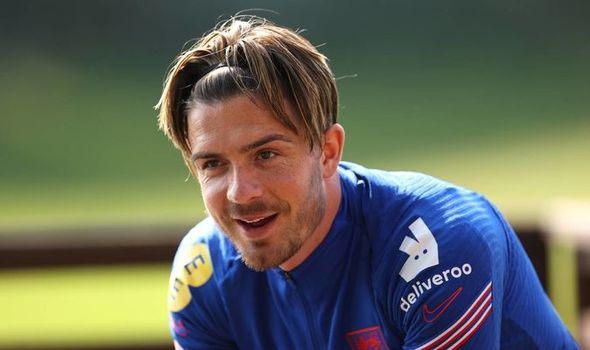 “Jack Grealish will stay, is what I’m hearing, and Villa will invest as well,” he said on talkSPORT.

“Who can afford him? If Aston Villa were going to sell him they’d want over £100m.

“And do Man City need him? They’ve already got the likes of [Phil] Foden, [Kevin] De Bruyne and [Ilkay] Gundogan. They’re looking for a striker as well, so are they going to spend £100m [on Grealish]?

“Man City and Man United are the only ones that would go for him in the Premier League, but with COVID are these teams going to want to pay £100m or £130m? I’m not too sure.”

After their Champions League final defeat by Chelsea, Man City chairman Khaldoon al-Mubarak has promised to the club “will bring quality into the squad in a couple of key positions” this summer.

A replacement for Barcelona-bound Sergio Aguero is a clear priority, but former City winger Trevor Sinclair believes Grealish would be another great addition to Pep Guardiola’s side.

“Pep will get Grealish playing the ball quicker because that’s how Manchester City play,” he said.

“He won’t take so many knocks and he won’t pick up so many injuries. That’s really important.

“Jack Wilshere always waited until the last minute to get rid of the ball and he took a lot of heavy knocks.

“So not only will it help Grealish integrate into that Manchester City side, it will also help him with the injury problems that he’s had.”