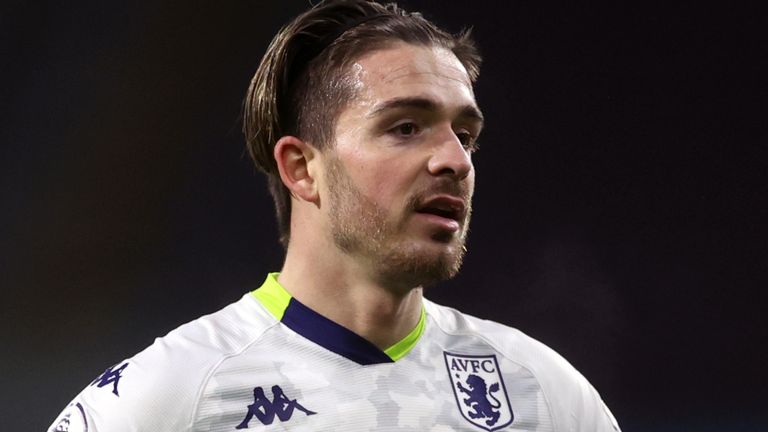 Team news and stats ahead of Aston Villa vs Spurs in the Premier League on Sunday (kick-off 7.30pm).

Aston Villa playmaker Jack Grealish faces a fitness race ahead of the visit of Tottenham.

The skipper has been out for five weeks with a shin injury – forcing him to miss England’s World Cup qualifiers this month – and boss Dean Smith will make a late call on Sunday morning with the midfielder yet to resume full training.

Wesley (knee) is back in training after over a year out while Kortney Hause continues to battle a foot problem.

Tottenham are likely to be without Heung-min Son.

The South Korean is nursing a hamstring injury and boss Jose Mourinho does not expect him to be fit until after the international window.

Mourinho is likely to make several changes to his side with a number of them, including Harry Kane, playing 120 minutes in their Europa League defeat to Dinamo Zagreb on Thursday.

Aston Villa vs Tottenham will be shown live on Sky Sports Premier League and Main Event from 7pm; kick-off 7.30pm. Sky Sports customers can watch in-game clips in the live match blog on the Sky Sports website and app. Highlights will also be published on the Sky Sports digital platforms and the Sky Sports Football YouTube channel shortly after the final whistle.

PITCH TO POST PREVIEW: HOW WILL SPURS RESPOND TO THEIR EUROPA LEAGUE SHOCKER?

In this week’s Pitch to Post Preview Podcast Sky Sports News’ Elliot Cook and Keith Downie join Peter Smith to look ahead to a crucial clash in the battle against relegation, which sees Brighton host Newcastle on Saturday night. From analysis of what’s gone wrong this season, to tactics for this clash, and what defeat would mean for both managers, we have the ultimate lowdown on this pivotal game.

We also have the latest on Arsenal, following their progress to the quarter-finals of the Europa League, and ask Sky Sports football journalist Ron Walker whether West Ham can topple their London rivals.

Plus, Sky Sports football journalist Charlotte Marsh reacts to Tottenham’s disastrous defeat to Dinamo Zagreb and discusses whether Jose Mourinho’s side can salvage their season domestically, starting with a tricky trip to Aston Villa.