‘He stays and we are all happy’: Axel Witsel is delighted that team-mate Jadon Sancho is back training with Borussia Dortmund after they told star his £108m Manchester United move was off

Borussia Dortmund midfielder Axel Witsel admits the team have been given a massive boost after the club insisted Jadon Sancho would not be sold to Manchester United this summer.

The England winger is United’s number one target but talks are thought to have hit the rocks after the Premier League outfit failed to meet Dortmund’s deadline of August 10 to wrap up the deal.

United were unwilling to meet the Bundesliga side’s asking price of £108m and while the Red Devils haven’t given up on bringing the 20-year-old to Old Trafford, the deal now looks increasingly unlikely to happen. 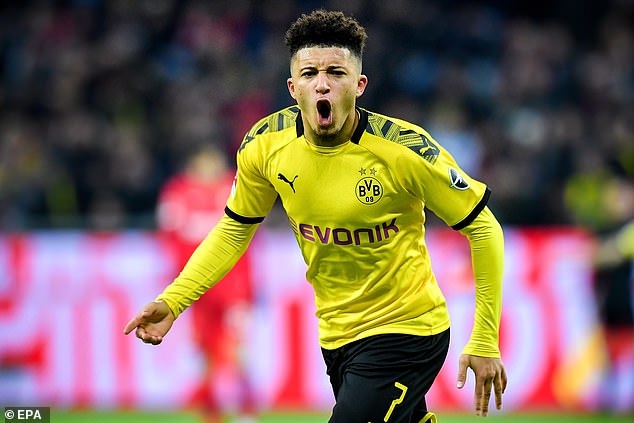 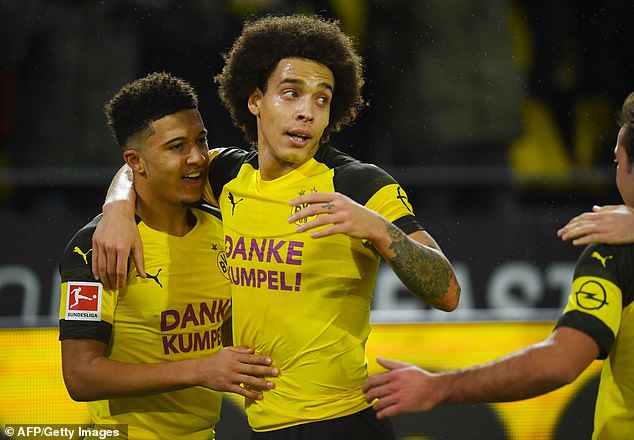 His team-mate Axel Witsel, centre, said the whole team would be happy if the club kept him

The club’s sporting director Michael Zorc said the club had made a decision to keep Sancho for the forthcoming season and that their decision was ‘final’.

Speaking to Sky Sports, Witsel said Sancho was crucial for the team and that news he was set to stay put was particularly positive.

‘He stays and we are all happy,’ he said. ‘Last year and the first year when I came he’s been one of the most important players offensively for our team.

‘This is really good news for us to keep him – at a minimum – one more season.’ 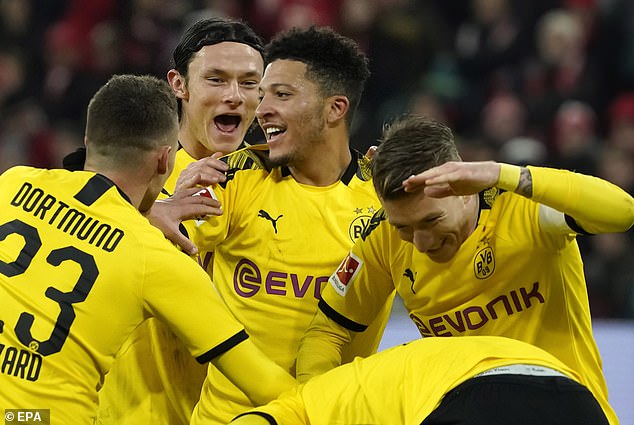 Witsel was not the only Dortmund star to celebrate the club’s stance on Sancho, with defender Mats Hummels saying: ‘He can be the player who makes the difference. I’m happy that he stays.’

Dortmund chief Zorc was dismissive when asked about Sancho’s future, saying any deal with United was off after their deadline passed, with the players travelling to Switzerland for a pre-season training camp.

‘We plan with Jadon Sancho,’ he said. ‘He’ll play for us next season. The decision is final. I think that answers all of the questions.’

Sancho continued the electric start to his career by smashing in 20 goals for the German outfit last season, also providing 18 assists to maintain his status as one of the top creative midfield players in the world.