Barcelona’s slim title chances took another dent when Valencia nicked two points from them at the Camp Nou on Saturday.

Barça were trying to make it three straight wins but poor defending crossed them again and they took a point from the game despite being given a generous first half penalty.

The home side dominated possession in the first half but Valencia had all the best chances with Marc Andre ter Stegen having to dive full stretch to keep out a Maxi Gomez header and a Carlos Soler shot. 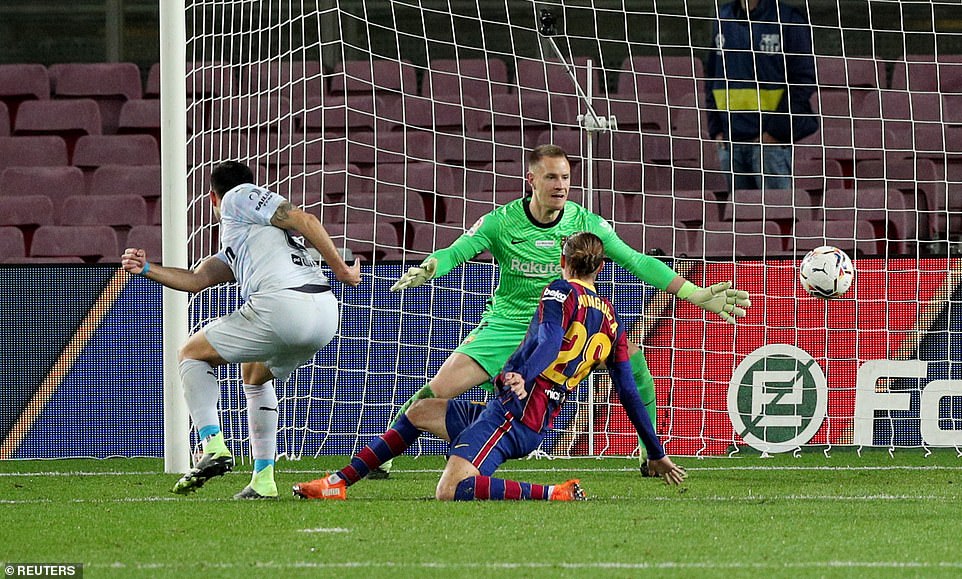 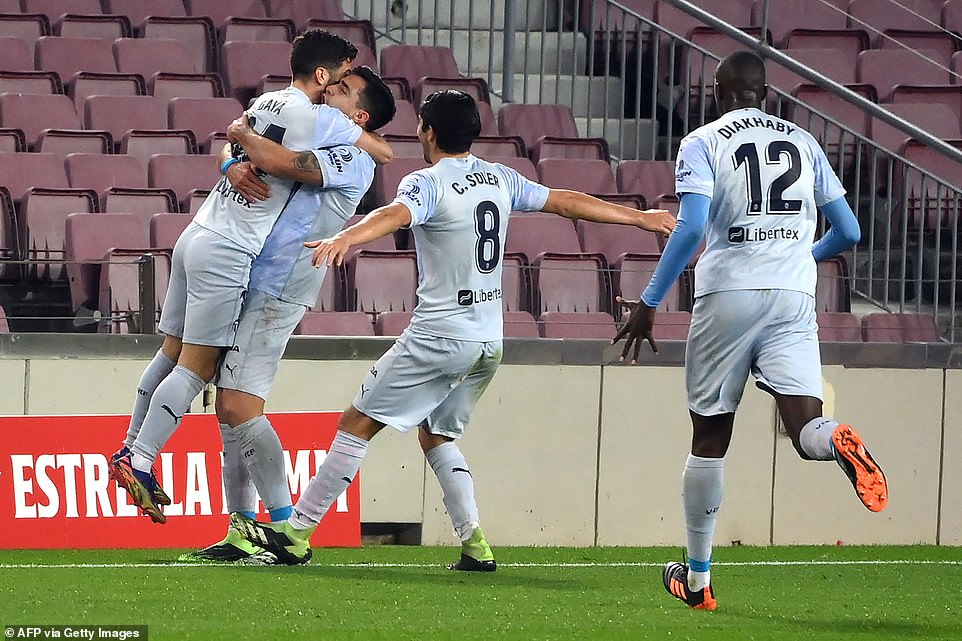 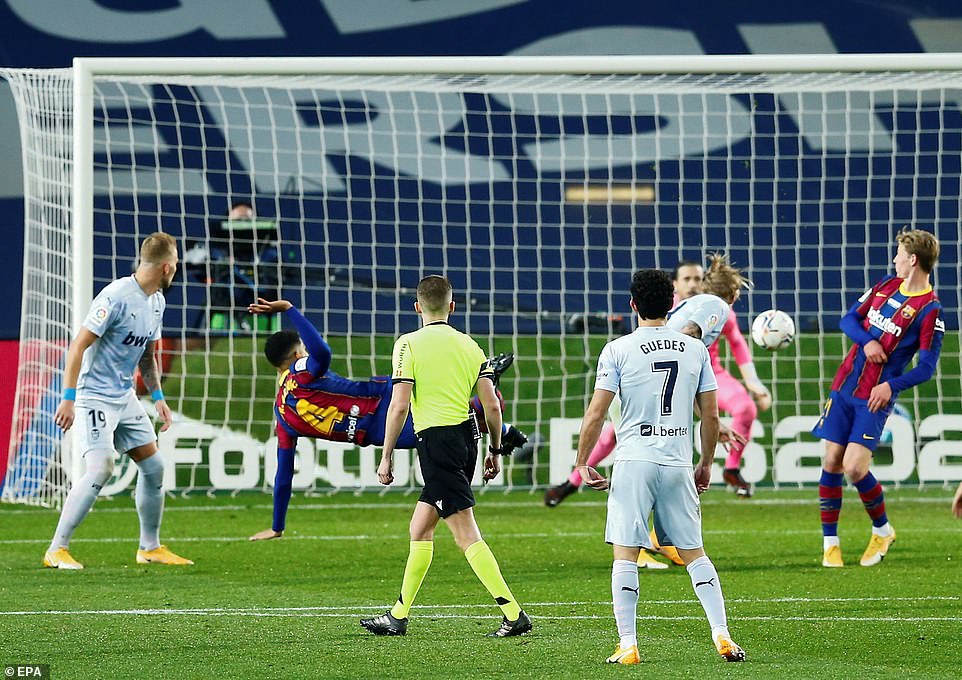 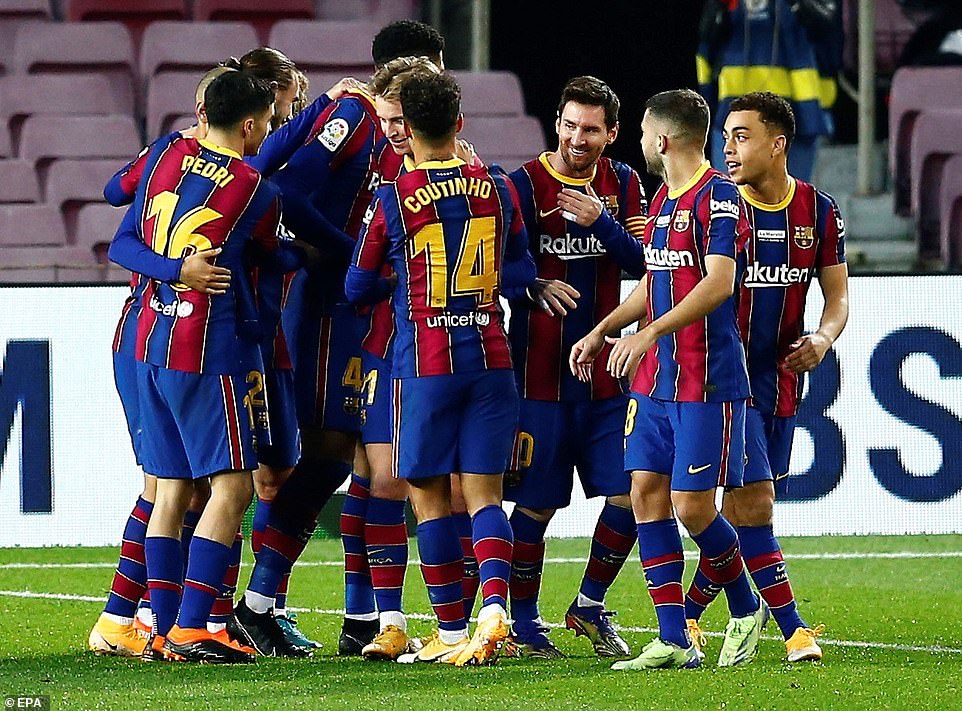 He could do nothing, however, on the half hour when Mouctar Diakhaby crashed in a header from a Soler corner having given Antoine Griezmann and Ronald Araujo the slip.

Yunus Musah might also have finished had Maxi not gone for the same loose ball in the area. The young winger hobbled off before the breath with a shin problem. Valencia were comfortable with the clock ticking down but things unraveled in the last minute of the first half.

Antoine Griezmann burst through and as Jose Gaya pursued he placed a hand on the Frenchman’s shoulder. It was not a push, it was not the reason why Griezmann tumbled, and it should not have been penalized with a spot kick. 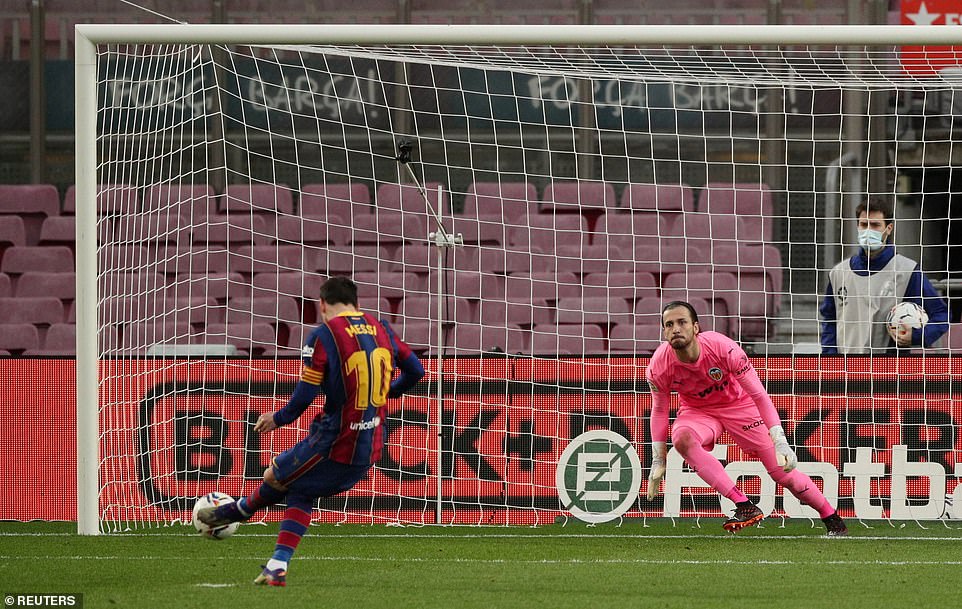 Lionel Messi failed to convert from the penalty spot, but would go on to score minutes later to pull Barca level at 1-1 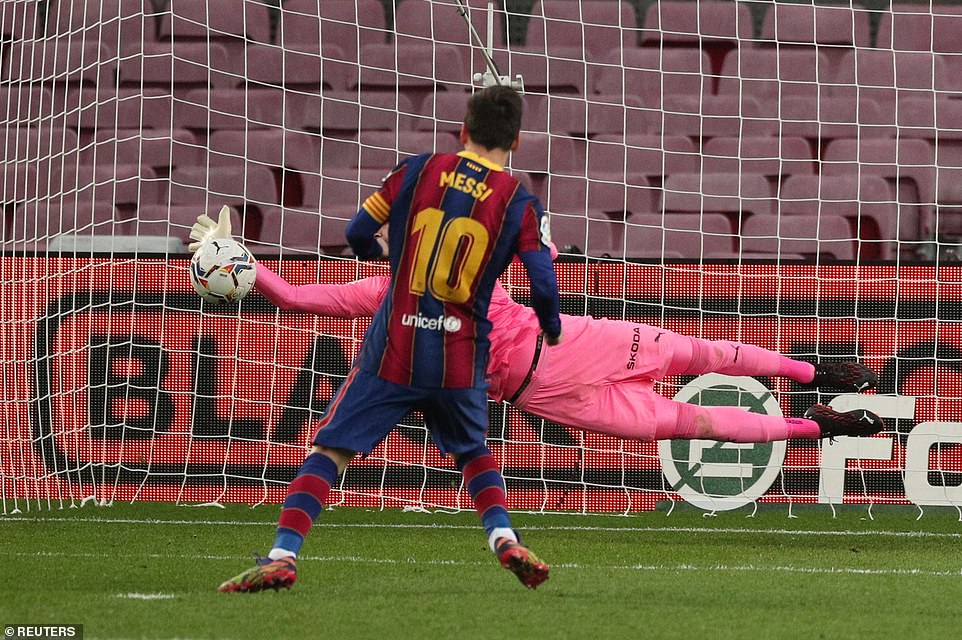 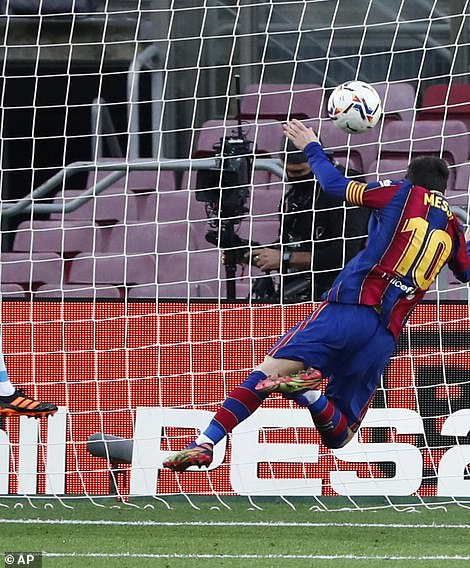 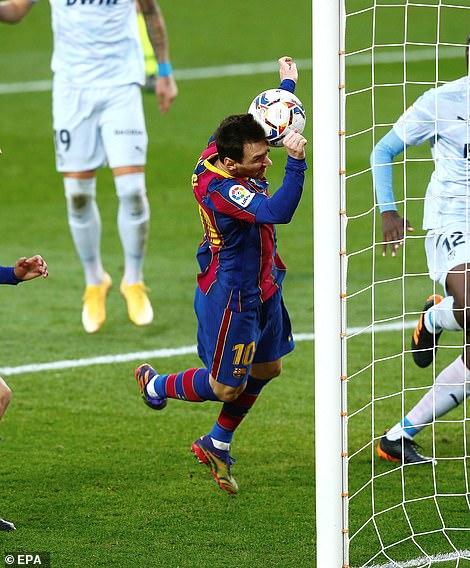 The chance was kept alive by Jordi Alba however, who crossed to the back post moments later for Messi to head home 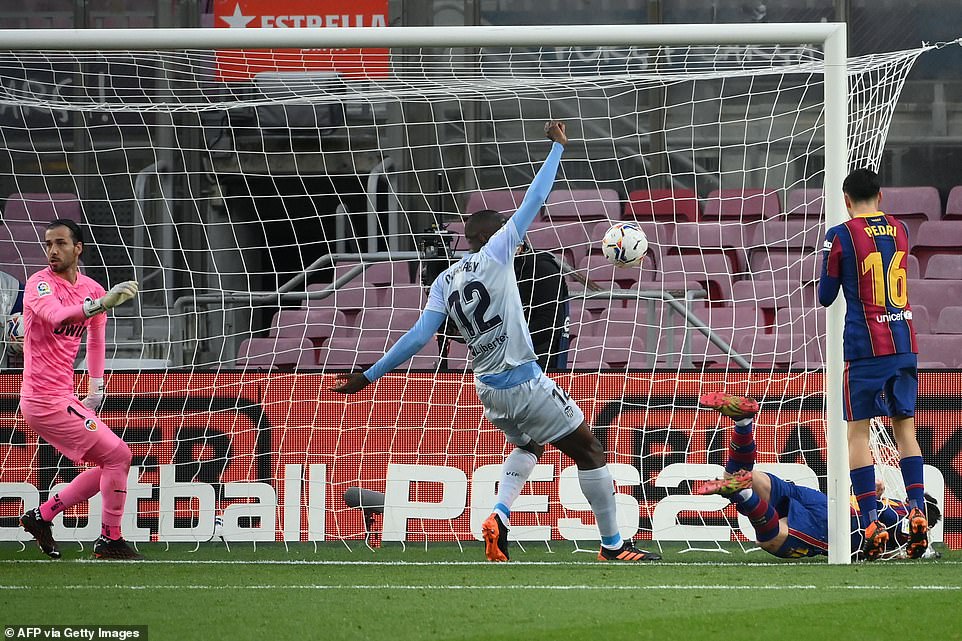 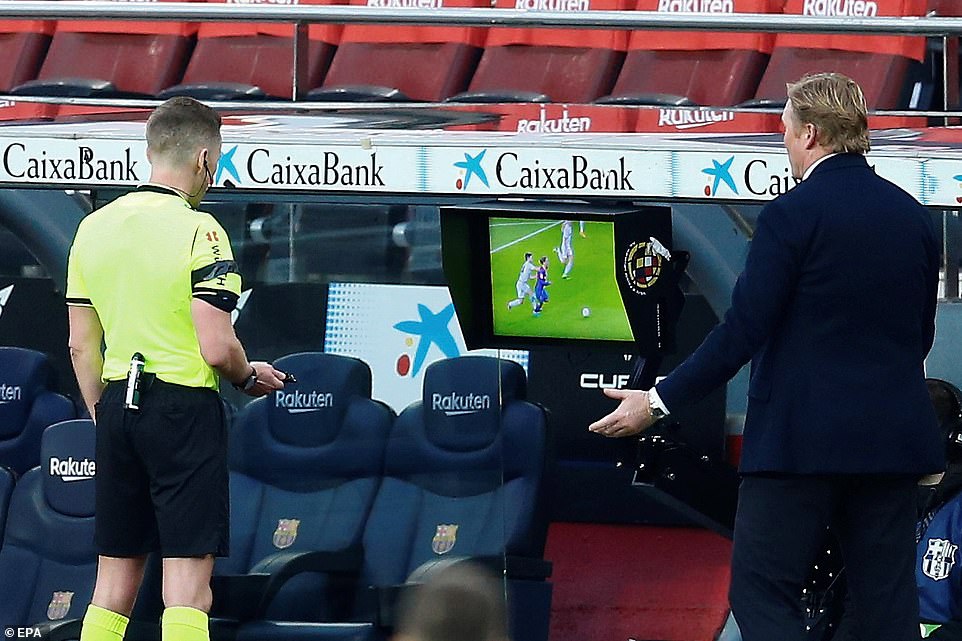 The initial penalty had been awarded with VAR intervention, after the ref was asked to review a tackle on Antoine Griezmann

Alejandro Hernandez also sent off Gaya for deliberately stopping a goalscoring chance. His decision would surely be corrected at the monitor but instead of over-ruling the card and the penalty he merely downgraded the red to yellow.

From the spot Jaume Domenech dived to his left to save Messi’s kick but when the ball ran out to Alba his cross took a deflection and Messi bravely bunded it, and himself, into the back of the net at the far post.

Valencia were almost back into the lead with their first counter-attack at the restart. Denis Cheryshev screwed the ball horribly wide after running on to Gonzalo Guedes’ cross.

But Barcelona were the team to score next and it was centre-back Ronald Araujo who leapt into the air to scissor kick a loose bouncing ball in the area past Domenech after 52 minutes. 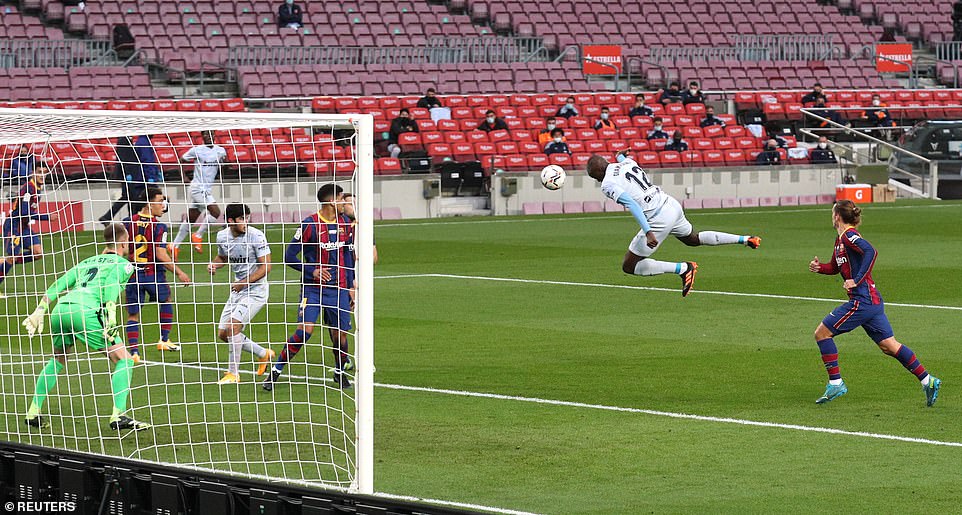 First blood had gone to Valencia in the tie, after the unmarked Mouctar Diakhaby was able to direct a header homebound 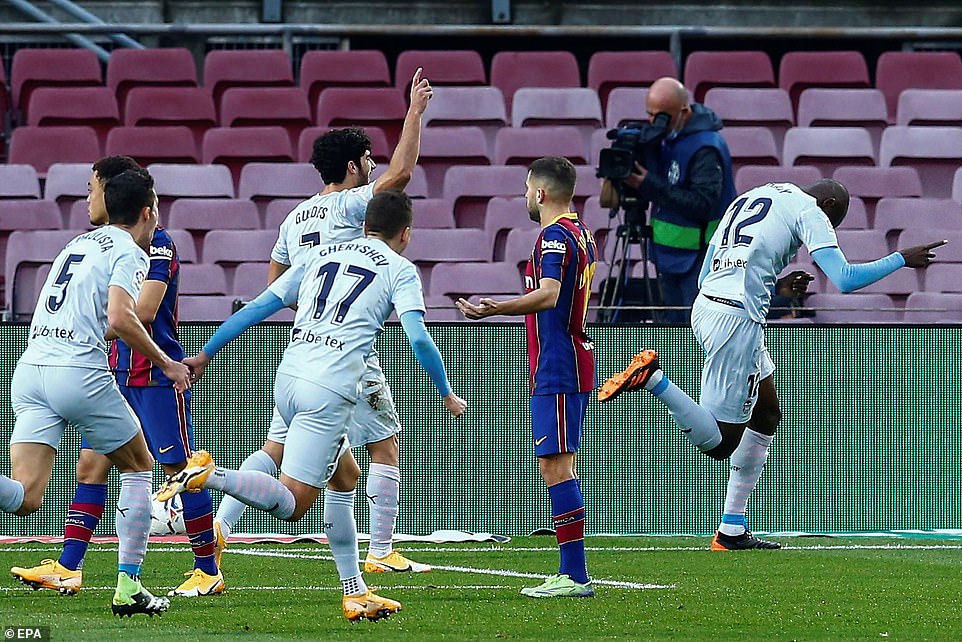 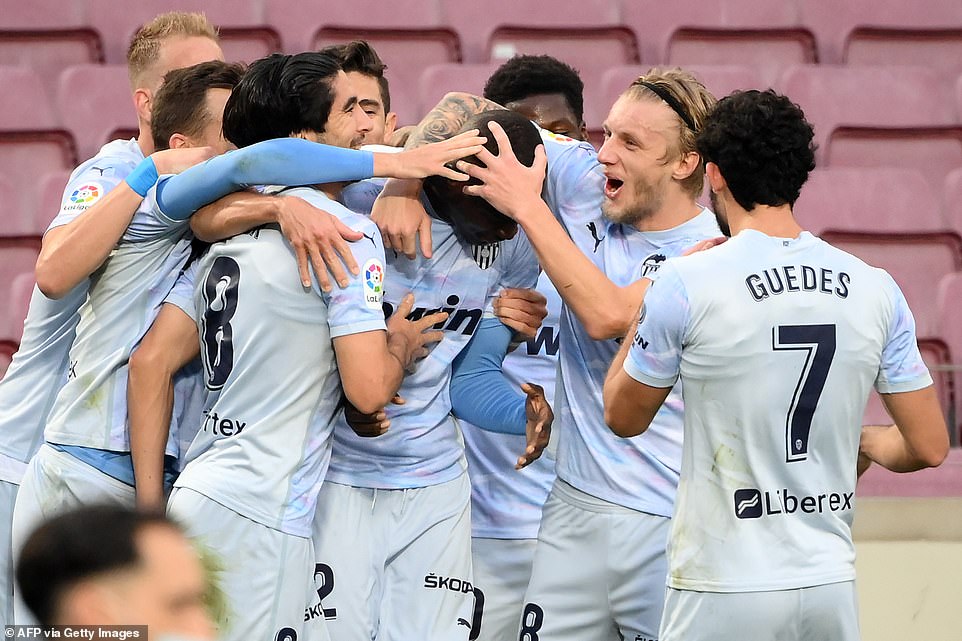 The lead lasted until minute 69 when Valencia showed once more how easily it is to attack this Barcelona side. Guedes played in Gaya and when he crossed to the edge of the six-yard box Maxi Gomez got in ahead of Oscar Mingueza to score.

Philippe Coutinho’s cut in from left and sent a right-footed shot just wide. It was his last contribution replaced by centre-back Clement Lenglet in Ronald Koeman’s somewhat peculiar last throw of the dice.

Messi was next to conjure a chance winning a free-kick on the edge of the D but sending ball high over the top. It was disappointing form him and for Koeman against the club he once coached. His Barcelona are improving slowly but still look nothing like serious title challengers on this form.