Manchester United, Arsenal and Liverpool are all thought to be in the market for a new centre-back this summer and Barcelona could have a brilliant solution which would save them millions.

United are on the hunt for a long-term partner for Harry Maguire as Ole Gunnar Solskjaer is not convinced with Victor Lindelof or Eric Bailly.

Jurgen Klopp is searching for cover for Virgil van Dijk and Joe Gomez after this season’s injury crisis brought to light their lack of strength in depth at the back.

The last couple of years have shown how important a world class centre-back is to winning the Premier League title.

Liverpool were only able to dominate world football once they stabilised the foundation by signing Van Dijk. 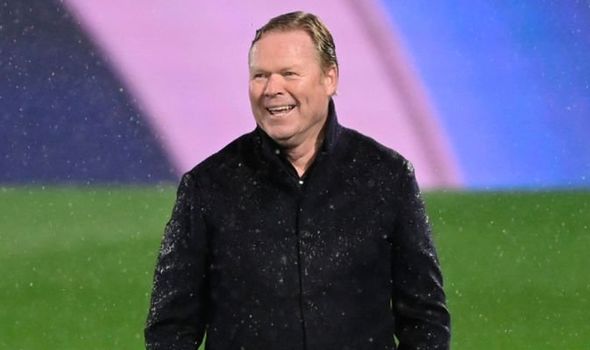 Manchester City wrestled the Premier League reigns back this year after they finally replaced Vincent Kompany with Ruben Dias.

United, Arsenal and Liverpool could turn to Barcelona in their search as they are ‘trying to release’ Samuel Umtiti, according to Mundo Deportivo.

City starlet Eric Garcia is expected to move to the Nou Camp when his contract expires at the end of the season.

That means Umtiti, who has been on the periphery of the first team, will become surplus to requirements.

Barcelona also have Gerard Pique, Clement Lenglet , Ronald Araujo and Oscar Mingueza on their books, who can all play centre-back.

The report does not specify if Barca will try and command a fee for Umtiti but if they do it would only be nominal.

The French World Cup winner could save Premier League clubs millions if they try and bring him to the UK.

And those extra funds could prove crucial this summer when some of the world’s hottest talent could be on the move. 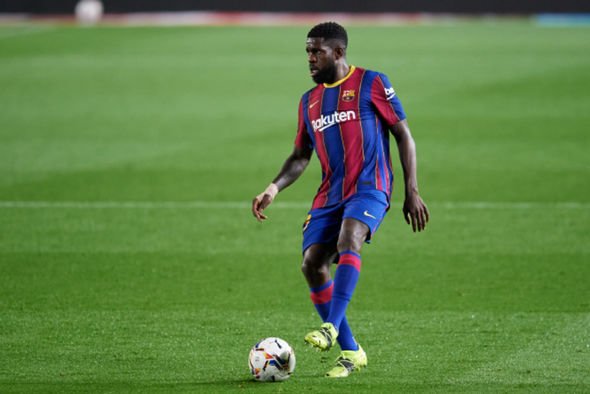 Erling Haaland is expected to leave Borussia Dortmund with a host of European clubs on his tail.

His team-mate Jadon Sancho is often linked with a return to the Premier League, four years after leaving City.

Paris Saint-Germain may have to cash in on Kylian Mbappe as he enters the final 12 months of his contract.

And closer to home Harry Kane is set to leave Tottenham if they fail to qualify for the Champions League.