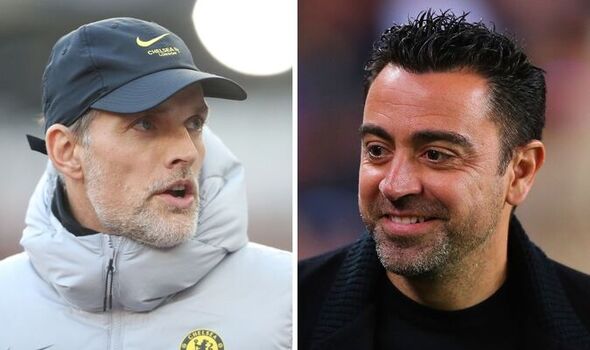 Barcelona chiefs Mateu Alemany and Jordi Cruyff were in London on Thursday to meet with Chelsea over a series of summer signings, according to reports from Spain. The Catalan giants are keen to move quickly to get their squad in place for the new season as they look to knock Real Madrid off their perch once again.

Two signings have already been wrapped up in the form of Andreas Christensen and Franck Kessie – both on free transfers from the Blues and AC Milan, respectively – but Barca aren’t prepared to stop there.

According to SPORT, Alemany and Cruyff headed to London to meet with Chelsea officials to discuss the possibility of signing Cesar Azpilicueta, Marcos Alonso and Romelu Lukaku in midweek.

The idea was to try and gauge the availability of each player as Barcelona continue to refine their list of summer targets.

Both of the full-backs are believed to be firm options on the agenda for Xavi and the board as they target more defensive reinforcements.

Azpilicueta looked set to join Barca on a free transfer before Chelsea trigger an automatic one-year extension clause in his contract.

Yet despite extending his stay, the Blues captain could still be in line for a return to La Liga, where he has previously played with Osasuna.

Alonso, meanwhile, still has two years remaining on his current Chelsea contract but the Spaniard is keen to experience football in his homeland having spent time in both England and Italy with Bolton, Fiorentina, Sunderland and Chelsea.

Lukaku is believed to be on the market this summer less than a year on from his club-record £97.5million return to Chelsea.

The Belgian has been monitored by both AC Milan and Newcastle but as of now, Lukaku does not seem keen on either potential exit route.

Barcelona would prefer to sign Robert Lewandowski from Bayern Munich but the move hangs in the balance for now.

Bayern are determined to keep the Poland international for the final year of his contract, which expires in 2023 but Barcelona will not go away.

And if Barca fail to strike a deal for Lewandowski, Lukaku is one of the other opportunities on the market that will fall under consideration.

The 28-year-old can leave for the right price, although Chelsea are yet to resolve the future of the club and their new owners.

Leeds winger Raphinha is also on the agenda for Barcelona and Chelsea were actually at the front of the queue for the Brazilian before the sanction against Roman Abramovich.

The report claims it’s not out of the question that Leeds chiefs travelled down the London to meet with Barcelona about the player.

Barcelona have already outlined their desire to bid for Raphinha but the club are waiting to discover Leeds’ status come the end of the season before tabling their formal proposal.

Should Leeds be relegated, Raphinha could be up for grabs for just £25m.