Barcelona are considering a £32.5million bid for Leicester centre back Caglar Soyuncu according to Diario Sport.

The Foxes still remain hopeful of agreeing a new contract with Soyuncu despite efforts to link the player with a move to Liverpool or Barcelona this summer.

The defender had been one of the Premier League’s top performers before the coronavirus pandemic brought a halt to the division two months ago, and his former agent Mustafa Dogru, who negotiated Soyuncu’s move from Bundesliga side Freiburg to Leicester in summer 2018, has claimed that Barcelona are interested in the 24-year-old. 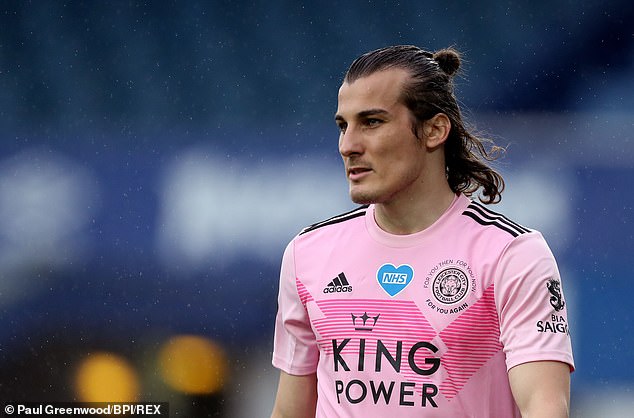 Barcelona are considering a £32.5million bid for Leicester centre back Caglar Soyuncu

It is thought Soyuncu is now represented by the Arena 11 Sports group, based near Munich, who also have Liverpool pair Sadio Mane and Naby Keita on their client list, as well as Barcelona goalkeeper Marc-Andre ter Stegen.

Soyuncu has three more years on his current deal but has been in discussions for some time as Leicester seek to recognise his status as one of Brendan Rodgers’ key men.

Speaking to Spanish sports daily AS, Dogru said: ‘It is possible that Barcelona could sign Caglar this summer, as they wanted to sign him before he moved from (Turkish club) Altinordu to Freiburg in 2016.

‘We negotiated with them back then, and they presented an interesting project. 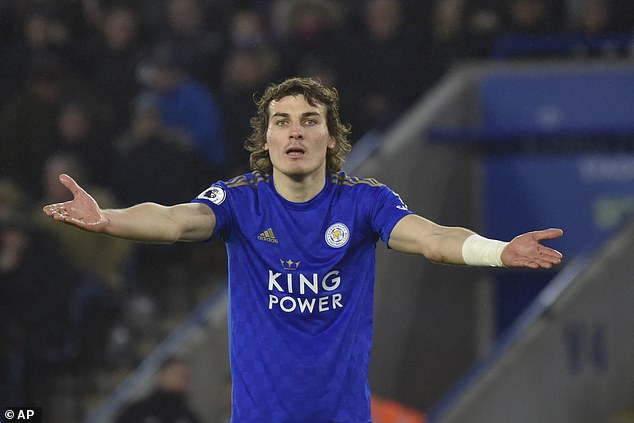 ‘But we wanted a situation which guaranteed first-team football for Caglar, which is why we chose Freiburg.

‘Liverpool are the only Premier League side that could sign him, but Paris Saint-Germain could also be an option.’

Soyuncu himself claims he currently has no wish to leave the King Power Stadium. In an interview in April, he said: ‘I don’t think it would be right to go somewhere right now. I’m having a good season. Above all, I still have a lot to learn.’