Barcelona are interested in signing Manchester City star Raheem Sterling this summer, according to reports. However, Barca would have to tempt City with players in part-exchange for Sterling because they would not be able to afford an outright deal. He is not the only City player Barca are linked with.

Sterling has been linked with a move away from the Etihad following an under-par end to last season.

The 26-year-old scored just one goal in his last 16 appearances for his club.

Arsenal were linked with a move for the winger last month, along with fellow City star Riyad Mahrez.

However, Barca are now keen on the England star, according to Italian football reporter Matteo Moretto.

JUST IN: Three Chelsea players that could be added into Haaland swap deal with Abraham 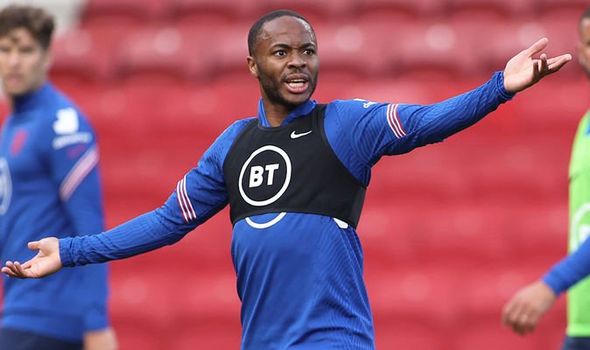 Any deal for Sterling has been described as “complicated”, with Barca likely to have to propose players to send in the opposite direction.

“It is clear that it is a very complicated business and the Laporta club would have to put players in the middle to reduce the costs of the operation.”

Barca’s financial struggles, which have been deepened by the effects of the coronavirus pandemic, make a straight cash deal unlikely.

Sterling has just two years remaining on his City contract, so is nearing the time where the club will either want to renew his deal or cash in.

The former Liverpool star is not the only City player Barca are interested in.

They have already completed deals to sign Sergio Aguero and Eric Garcia on free transfers when their City contracts expire at the end of this month. 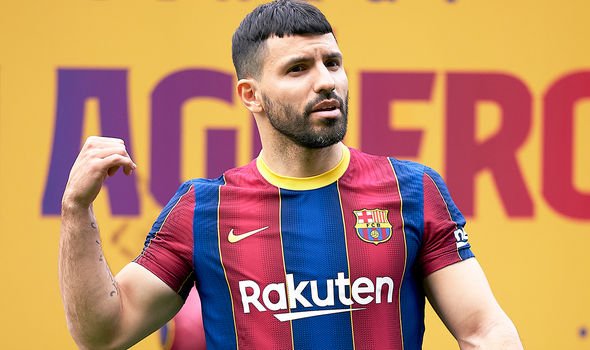 So Sterling becomes the sixth Citu player Ronald Koeman’s side have been linked with.

Barca have so far focused their efforts on signing players on free transfers.

As well as Aguero and Garcia, they are reportedly close to signing Memphis Depay from Lyon.

They were also set to sign Georginio Wijnaldum at the end of his Liverpool contract but the Dutchman has now chosen to join Paris Saint-Germain.

Barca president Joan Laporta confirmed last week that Koeman would be staying as the club’s manager.

Laporta said: “After this period of reflection, vice-president Rafael Yuste and myself have agreed that we will continue with the current contract that Ronald Koeman has.

“We are very satisfied to see that these conversations have resulted in a unity of opinion.

“We see the coach very motivated and he already has a year of experience in this dressing room, which we will try to make more competitive.

“I think Koeman comes out on top because he is the coach we want.”