Former Barcelona president Josep Maria Bartomeu reportedly blames Neymar’s departure to PSG for his miserable Nou Camp stint. The Spaniard recently resigned from the club, revealing the club had accepted a proposal to join a future European Super League as a parting shot. And that was a victory for Barcelona fans, many of which had been hoping for him to leave.

Bartomeu confirmed his resignation earlier in the week, calling time on his time at the Nou Camp ahead of an expected vote of no confidence next month.

But he didn’t go out quietly, saying: “Today I can announce a piece of news that will extraordinarily change the club’s revenue prospects for the coming years.

“The board of directors yesterday approved the acceptance of the requirements to participate in a future European Super League of football clubs, a project promoted by the big clubs in Europe.

“The details of these requirements will be available to the next board of directors, and the decision on participation in this competition will have to be ratified by the next Assembly of Compromising Partners.

“And I also want to announce that we have approved the acceptance of the future new format of the Club World Cup.”

Bartomeu was unhappy about having to leave Barcelona but knew he had to jump before he was pushed. 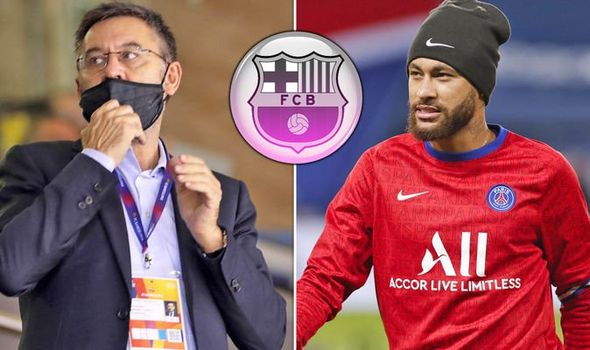 And Spanish website OKDiario claim the Spaniard blames Neymar’s move to PSG for the miserable way his Nou Camp presidency panned out.

It’s said Bartomeu and board members who also resigned think ‘everything started’ with the sale of the Brazil international, who left in the summer transfer window of 2017.

Since Neymar’s move away, the La Liga giants have seen their big name signings struggle to fill the void.

Philippe Coutinho is thriving again but spent last term on loan at Bayern Munich, even scoring twice against Barcelona in a 8-2 victory earlier in the year.

Yet Ousmane Dembele and Antoine Griezmann both look shadows of their old selves, flopping since arriving from Borussia Dortmund and Atletico Madrid respectively. 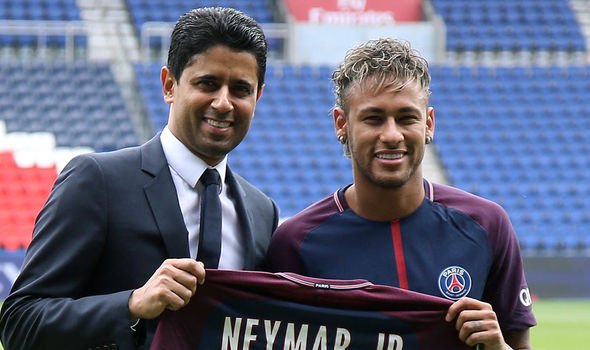 On the pitch, Barcelona have also struggled.

They’ve fallen in the semi-finals of the Champions League for the past three years and haven’t won the competition since 2015, back when Luis Enrique was in charge.

The report adds that Bartomeu remains unhappy about the ‘Neymar soap opera’ of last season.

The PSG star was in favour of returning to the Nou Camp, despite the difficult nature of his departure three years ago.

But negotiations didn’t pay off and, in the end, Barcelona were forced to live without a player everybody knew they wanted.

Meanwhile, Barcelona have been linked with Pep Guardiola again with the Manchester City boss’ long-term future currently up in the air.

But he’s insisted he’s content at the Etihad Stadium for the time being, saying: “I’m incredibly happy here, delighted to be in Manchester and hopefully I can do a good job this season to stay longer.”

Guardiola then called for five substitutions to be allowed in the Premier League, adding: “There is statistics… Premier League players have 47% more muscular injuries than previous season due to no preparation and the amount of games.

“All the leagues – Germany, Spain – have five substitutions to protect the players, not to protect one team.

“Hopefully they can reconsider and do what the rest of the world does. We have to adjust, due to the pandemic the reality is different than before.”