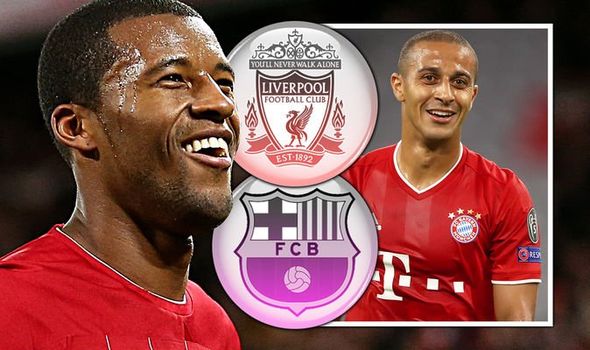 Barcelona are set to make an official approach for Gini Wijnaldum – which would pave the way for Liverpool to sign Thiago Alcantara from Bayern Munich, according to new reports. Wijnaldum’s future is up in the air after the Netherlands international entered the final year of his contract at Anfield despite remaining a key player under Jurgen Klopp.

The Reds rarely allow players to go into the final 12 months of their deal with Wijnaldum’s situation all the more surprising given he played 47 times last term, contributing six goals.

No central midfielder made more appearances last term than the versatile Dutchman, who has been at Liverpool since 2015 after joining from Newcastle.

The 29-year-old has racked up close to 200 appearances for the Merseyside club in that time, winning the Champions League and the Premier League.

But with uncertainty regarding his long-term future, although Wijnaldum nor Liverpool are agitating to see him out of the exit door this summer, Barca are ready to swoop according to the Daily Star.

Ex-Everton boss Ronald Koeman recently took over at the Nou Camp having managed Wijnaldum at international level as the manager of the Dutch national team. 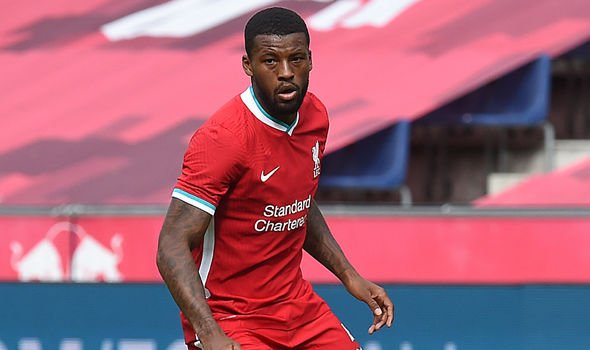 And Koeman wants to put him alongside Frankie de Jong in a new-look Barca midfield, while he had also liked Donny van de Beek before he joined Manchester United from Ajax on Wednesday in a £40million deal.

The Star say that the new Barca boss wants the club’s board to make a move to sign Wijnaldum immediately, rather than wait until his contract expires in 2021, although they could then sign him for nothing.

And if a deal is agreed for the former PSV ace, who can play as a No 10, a No 8 or even as a defensive midfielder, Liverpool would like to replace him.

Signed for £25m five years ago, it has been suggested in Spain that Barca would be willing to pay up to £18m for Wijnaldum in the coming weeks.

Such funds would give Liverpool the ability to make their first real move for Bayern Munich midfielder Thiago, who like Wijnaldum sees his deal expire next summer.

Klopp needs to sell players before he can make a move for Thiago despite a minimal spend this summer, paying £12m for Kostas Tsimikas, offset by the £10.9m raised by the sale of Dejan Lovren to Zenit St Petersburg. 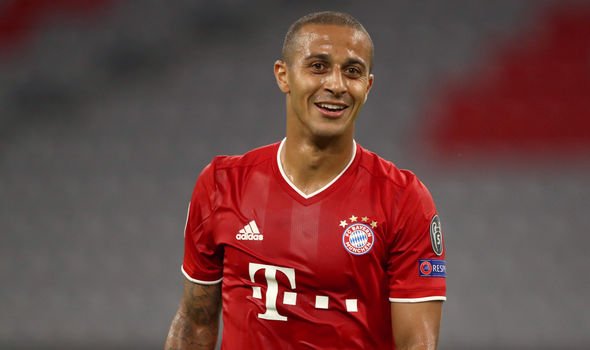 Thiago, 29, has spent seven trophy-laden years in Bavaria and is keen for a new challenge amid links to the Premier League, with Manchester United another mooted suitor.

Due to his quality, Bayern will not let him leave on the cheap and are thought to want around £27m (€30m) to let the Spaniard go this summer.

RMCTV journalist Mohamed Bouhafsi said of Thiago on Wednesday: “His only choice is #Liverpool. #Klopp and #Alcantara have already discussed.

“Alcantara has already prepared his arrival in England. Problem: Bayern know it and discussions with Liverpool are long.”

“Klopp pushing again for Thiago. Manchester United only had contacts with his agent at the moment – nothing advanced between clubs. #Liverpool #Thiago.” 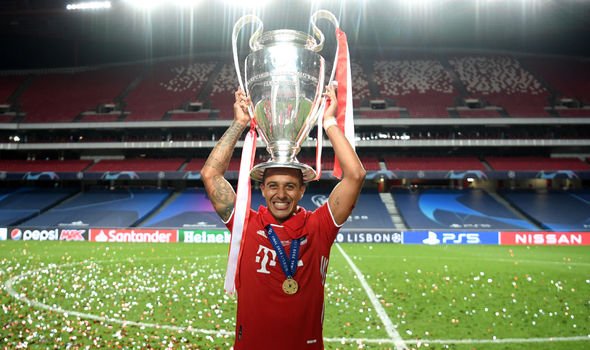 Those claims come after Bayern boss Hansi Flick offered an update on Thiago’s future this week.

“I assume he will leave,” Flick said. “We were completely focused on the Champions League, and his contract wasn’t an issue in the past few weeks.

“We haven’t had another conversation now, but I think his decision has been made.”

If Wijnaldum is to leave, Liverpool will hope to resolve his future and move for Thiago before their Premier League opener against Leeds United on Saturday 12 September (5.30pm kick-off).