Real Sociedad were smiling when Antoine Griezmann moved from Atletico Madrid to Barcelona at the start of last season – they took a tidy 20 per cent of the 120m euros transfer fee.

They will be less happy tonight if he finally starts paying Barcelona back for the money they spent on him by inflicting defeat on his former club.

‘As soon as Griezmann and Messi start getting it right there will be no stopping Barcelona’ said Real Sociedad coach Imanol Alguacil in the build-up to the game. He knows they haven’t yet and hopes it won’t happen tonight. 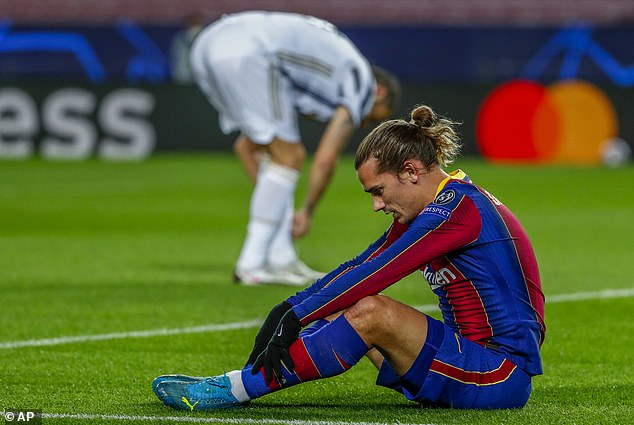 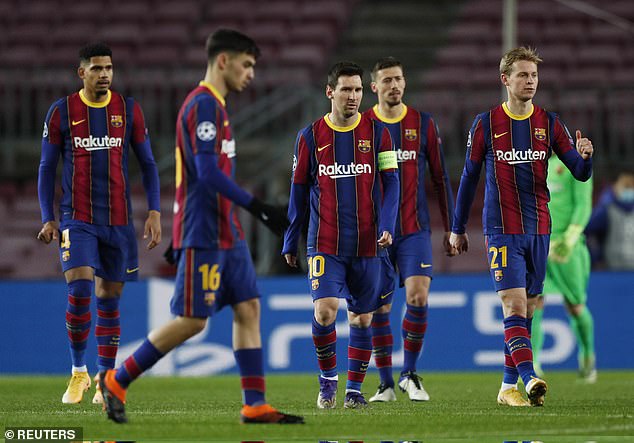 Griezmann’s problem at Barcelona remains the same – he wants to play off the striker and that is exactly where Messi best operates. Barcelona would love him to be the tricky winger he was when he broke through at Real Sociedad having been discovered by their French scout when he was just 13.

But he morphed into a central striker under Diego Simeone at Atletico Madrid and then won the World Cup in that position for France. There is now no going back.

He managed 15 goals in four assists last season but with Luis Suarez sold in the summer he was expected to improve on that decent first campaign and so far he has not done it. 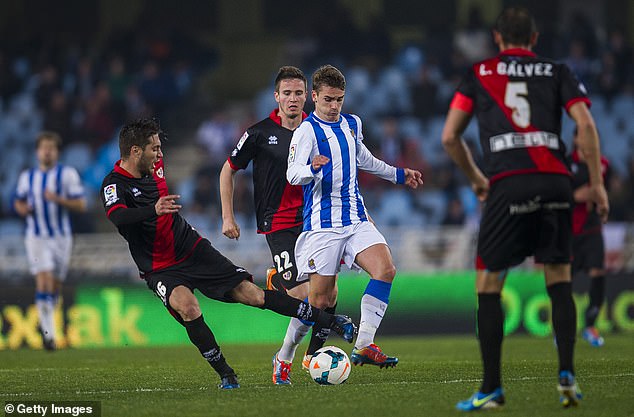 Griezmann will start tonight alongside Messi with Philippe Coutinho expected to drop to the bench. The former Liverpool man was asked to operate slightly deeper at the weekend as Ronald Koeman looked to add a third body to midfield – he did not convince, and so the 17-year-old Pedri should come in tonight to replace him.

Messi goes in search of what will be his 300th Camp Nou win and his 643rd goal for Barcelona. That would equal Pele’s record number of goals with the same club, at Santos.

The test is huge for Barcelona tonight. They know if they lose against the league leaders they will be an incredible 12 points off the pace at the top. But they also know Real Sociedad have slowed up of late and history certainly points to a home win. 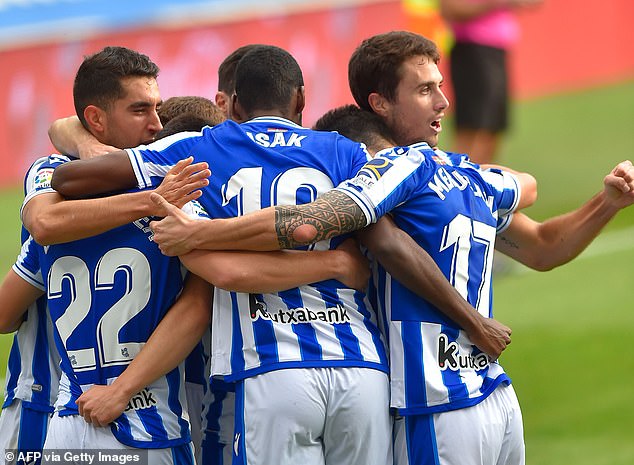 They cannot afford to lose to leaders Real Sociedad, who could pull 12 points clear of them

Real Sociedad are La Liga’s highest scorers and they have the second best defensive record in the division but they have drawn their last six games in all competitions scoring just five goals.

They also have injury problems. Both David Silva and Mikel Oyarzabal are out of tonight’s fixture. Silva needs to rest a sore calf and Oyarzabal has travelled with the party but only because the demands of their fixture list mean they travel straight to Levante where he is expected to feature this weekend.

It’s been 29 years since Real Sociedad last won at the Camp Nou. They picked up a victory in May 1991 when most of their current players were not even born and their coach Alguacil was still a youth teamer.

They have not picked up so much as a point there since April 1995 when both Ronald Koeman and Alguacil were on the pitch. Koeman had just announced his departure from Barcelona at the end of the season. 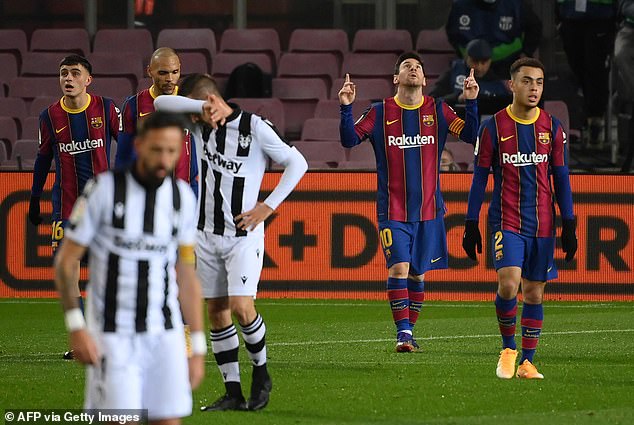 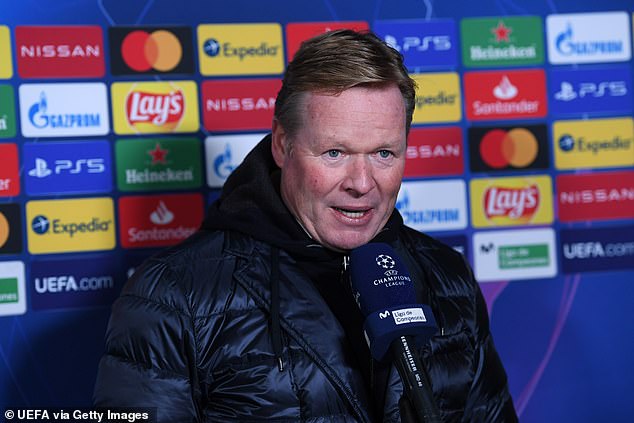 Alguacil, the player, only won once at the Camp Nou and that was in a Villarreal shirt in December 1998. They beat an erratic Barcelona struggling under Louis van Gaal at the time 3-1. Barça were mid-table but recovered to win the league that season. How Koeman would love a similar comeback this time around.

He has not given up on Barcelona’s chances of taking the title. It’s a strange season with no one showing any consistency so that belief is not as fanciful as current position suggests but the team – and especially Griezmann – will have to improve.

He scored 53 goals in 202 games for the Basque club. They were hurt by his departure but he left on good terms. What he wouldn’t give to enjoy the adulation he received there at his current club. Big goals in big games like tonight’s will help him achieve that.