Barcelona star Gerard Pique has been caught berating his team-mates during their recent defeat to Getafe.

In their first game after the international break on Saturday, Barcelona produced a below-par display and were punished as Getafe beat them 1-0.

Off the pitch, there continues to be frustration at the way the club is being run.

And on the pitch, it appears tensions are rife between players. 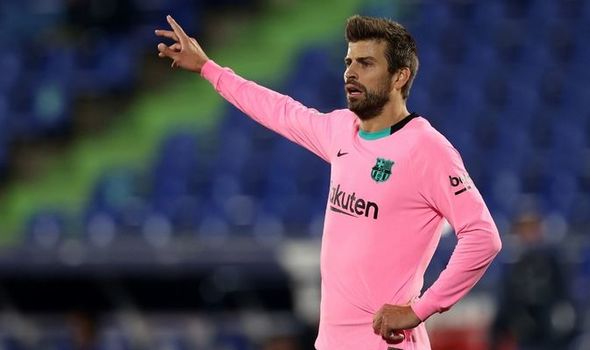 The Spaniard is caught saying: “Wake up, dammit” at one point and aiming expletives at players.

It all comes on the eve of Barcelona starting their Champions League campaign against Hungarian side Ferencvaros.

In August, Barcelona crashed out of the tournament to eventual winners Bayern Munich in humiliating fashion as they lost 8-2. 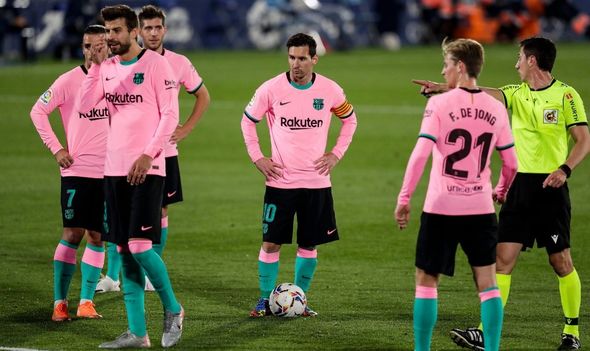 Barcelona have reached the semi-finals just once since 2015, which was the last time they won the competition.

Speaking on Tuesday, Barcelona boss Ronald Koeman conceded the club were not among the favourites to win the tournament and admitted Lionel Messi was not at his best at the moment.

“When you’re at Barcelona you always want to be there fighting for trophies, be it in La Liga or Europe. We aren’t the favourites, but we can go far,” he told reporters.

What Liverpool star Van Dijk has said about potential replacement

“Right now, you could maybe say his performances could be better.

“But when you see him on a day-to-day basis, he’s happy and wants to play and be the team’s captain.

“I don’t have any complaints or doubts about his effort.”