Barcelona star Lionel Messi is considering a move to Inter Milan as well as Manchester City and PSG, according to reports. The Argentina international is free to negotiate with clubs outside of La Liga when the transfer window reopens in January. And with the Catalan titans struggling, the prospect of him departing seems increasingly likely.

Barcelona were just about able to keep hold of Messi back in the summer transfer window.

The 33-year-old sought a move away from the Nou Camp having grown disillusioned with the club, particularly after their 8-2 Champions League defeat to Bayern Munich.

In the end that didn’t happen, with Barcelona insisting Messi had to stay despite the Argentina international believing he was free to leave for nothing.

Since then, the La Liga giants have continued to struggle with Ronald Koeman’s side currently eight points adrift of rivals Atletico Madrid at the top of the table – having played one game more.

And OKDiario say Messi is considering a move to Inter Milan, as well as to City and PSG.

However, Antonio Conte’s team are currently reported to be outsiders in the race to secure the signing of the football icon. 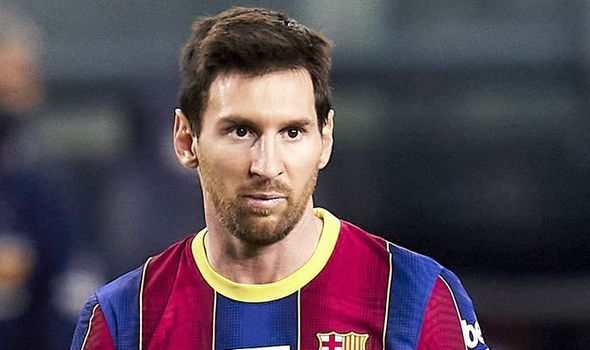 With City, their interest is waning.

Pep Guardiola has reportedly been told he can either sign three players or just Messi and, though the Spaniard managed the Barcelona star between the years of 2008 and 2012, he’s torn on what to do.

On one hand, he knows signing Messi would certainly boost City’s chances of winning the Champions League in the short term.

But the Barcelona forward’s dizzying salary, coupled with his age, represents a major dilemma.

PSG now seem to be in the driving seat to sign Messi, with the 33-year-old still close to Neymar – who quit the Nou Camp for the Parc des Princes back in 2017. 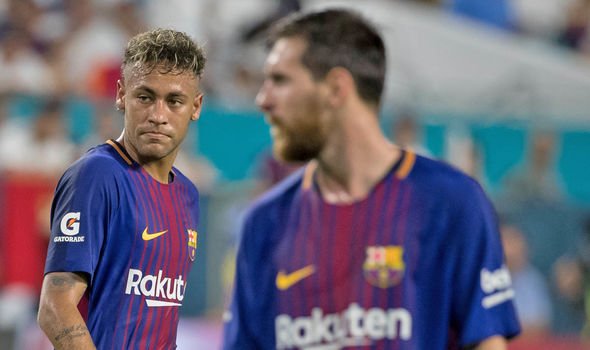 But what ultimately happens remains to be seen.

Meanwhile, Messi has admitted he had a ‘bad time’ at Barcelona back in the summer and expressed a belief it impacted his form during the early stages of the campaign.

“I had a really bad time of things in the summer. It had been building up,” he told LaSexta.

“What happened before the summer, what with how the season ended, the beurofax and all the rest of it. I ended up carrying that over a bit into the start of this season.”

Messi did insist, however, that he was feeling good again.

“I’m feeling good at the moment,” added the veteran.

“I’m raring to really fight for everything that lies ahead.

“I’m excited. I know that the club is having a tough time of things, both on and off the field, and everything related to Barcelona is a bit tricky right now, but I’m feeling hungry.”

Messi is expected to feature when Barcelona face Real Valladolid in their La Liga showdown on Tuesday night (9pm).

And he’ll be looking to score for the third time in four domestic matches after previous goals against Levante and Valencia.