Barcelona will wear the logo of rapper DRAKE on their kit for El Clasico clash against Real Madrid as part of deal with music giant Spotify… but fans joke the owl design ‘looks like they’re sponsored by Sheffield Wednesday’!

Barcelona teaming up with a superstar music icon like Drake sounds like a brilliant way to boost their popularity – but football fans have still found a way to poke fun at their unusual partnership.

The LaLiga giants have announced they will wear the logo of the rapper for their El Clasico clash against Real Madrid this weekend as part of their deal with music streaming service Spotify.

The club say their collaboration with one of the biggest artists in the world will ‘bring football and music together’ and allow them to connect with new audiences globally, hoping his 120m followers on Instagram will boost the club’s profile. 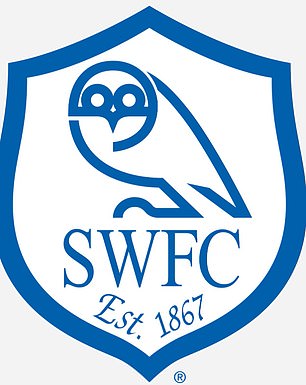 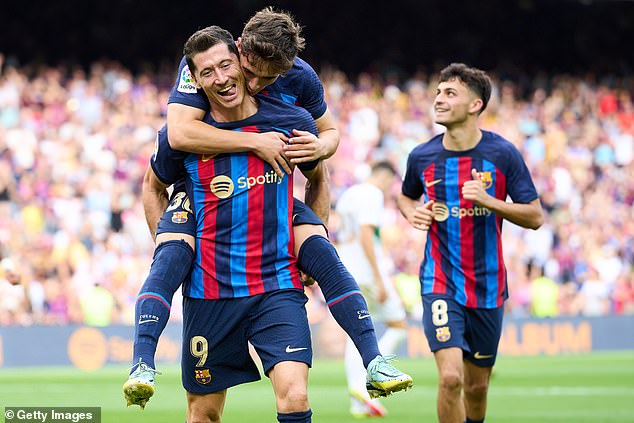 However, it hasn’t taken UK supporters long to mock the special-edition kit on social media after quickly noticing that the owl design looks similar to the badge of Sheffield Wednesday.

One fan took aim at the club’s precarious financial position and joked that their situation is ‘so bad they’re now sponsored by Sheffield Wednesday’.

Another quipped: ‘…and FC Barcelona, first club to use the old Sheffield Wednesday logo as their shirt sponsor in the El Clasico.’

‘A third wrote: ‘Barcelona are in their Sheffield Wednesday era.’

And one said: ‘When did Sheffield Wednesday start sponsoring Barcelona?’

In their official statement, Barcelona said fans could expect more music team-ups as the season went on.

‘On October 16, instead of seeing the world’s most popular audio streaming subscription service logo on the front of the Barça jersey, those watching the game against Real Madrid will see the silhouette of an owl – the logo of the Canadian singer’s brand,’ Barcelona said. 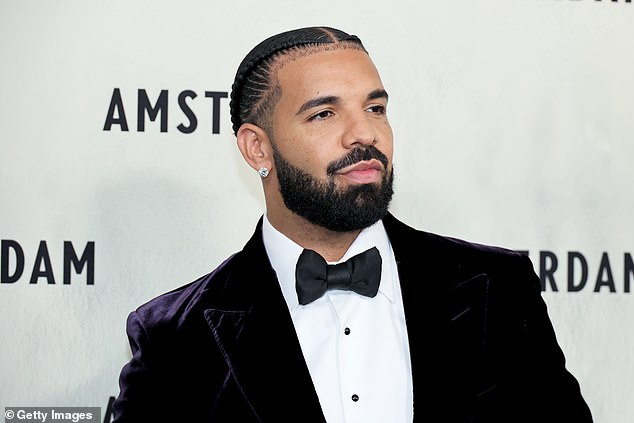 Drake is one of the biggest artists on the planet, with 120m followers on his Instagram 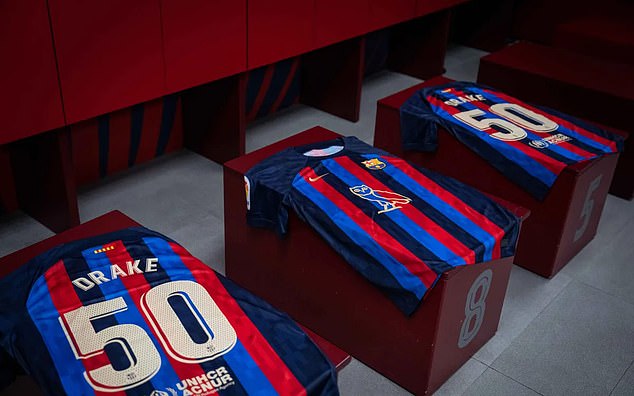 ‘Spotify has given this privileged space on the jersey as part of the framework of the partnership with the Club, just one of the actions that both brands are putting into place to offer innovative experiences for football fans, as well as helping to reach new audiences through music.

‘As was announced when the agreement was ratified, this type of exchange on the front of the jersey is scheduled to happen more as the season progresses.’

Barcelona will travel to the Bernabeu to face their bitter rivals on Sunday, with an intriguing top of the table clash set to play out and determine who is looking like the favourite for the LaLiga title.

Xavi’s men are top of the table, ahead of Madrid only on goal difference – with both sides on 22 points after eight games.