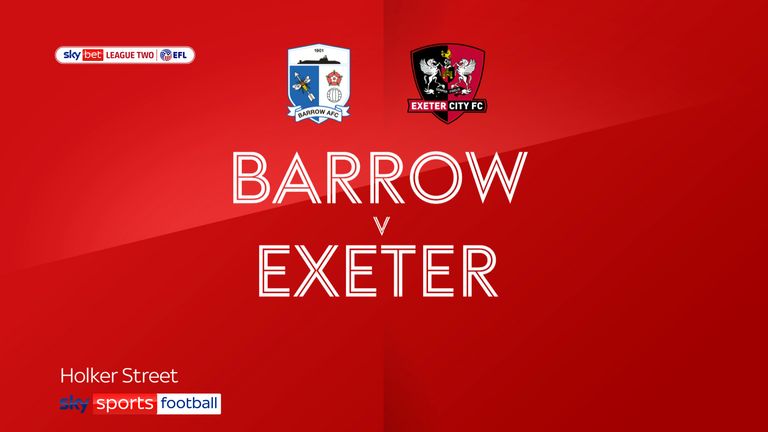 Rob Kelly’s side led from injury time in the first half when Patrick Brough, a derby scorer against Carlisle four days earlier, produced the only moment of quality in a poor opening 45 minutes.

As a loose ball bounced off Luke James following an unsuccessful penalty appeal, the rangy midfielder followed up to net his sixth goal of the season.

The Bluebirds had to wait until the 91st minute to double their advantage, with Quigley on target from close range with his 13th goal of the campaign.

There was momentary panic when Pierce Sweeney netted even later for the Grecians but Barrow hung on and are now unbeaten in four matches.

After reviving their top-seven ambitions with a 4-1 success over previous table-toppers Cambridge last weekend, it was a disappointing night for Matt Taylor’s outfit.