Is it possible to have too much of a good thing? It’s a question football fans, players, coaches, clubs and administrators are asking themselves – prompted by FIFA, which is contemplating even more dramatic reform for the world’s biggest sporting event.

FIFA president Gianni Infantino succeeded in his push to expand the World Cup from 32 teams to 48, which will take effect from 2026. It was officially signed off almost five years ago; many fans didn’t even notice and still haven’t fully grasped that the tournament after Qatar will feature 16 groups of three teams each.

Now Infantino wants the World Cup to be played every second year, rather than every fourth – a change to a cherished tradition that stretches way back to 1930, the first time the Jules Rimet Trophy was handed out.

It would mean a World Cup (either men’s or women’s) at the end of every season, with the various continental tournaments, like the Euros, Asian Cup and Copa America, played in alternate years.

On face value, it sounds pretty enticing. The World Cup is good, so why not more of it?

Some of the sport’s most iconic names – including ex-Arsenal manager Arsene Wenger, former USA women’s supercoach Jill Ellis, and retired greats Javier Mascherano and Yaya Toure – have been rolled out by FIFA in recent weeks to spruik the benefits of such a change, which are apparently many and varied. 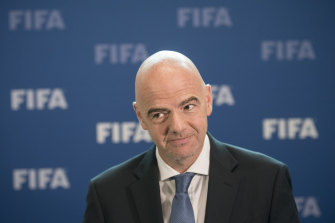 FIFA president Gianni Infantino could be set to make further changes to the structure of the World Cup.Credit:AP

Wenger, as FIFA’s chief of global football development, has been trying to find ways to overhaul football’s international calendar to ease the ever-growing physical load on players, as well as closing the gap between the sport’s traditional powers and smaller, emerging football nations.

By reducing the number of qualifying matches and cutting international windows down to just two a year, and by creating more opportunities to play at a World Cup, Wenger believes FIFA can kill multiple birds with one stone.

“There needs to be less diversity in the calendar between when clubs play and when national teams play, which for example would reduce the amount of transcontinental travel for players. What we’ve seen in studies on recovery is that player fatigue is impacted by travel and sudden changes in climate,” Wenger told French newspaper L’Équipe.

“I think it’s an interesting idea. I’ve been working on it for six months now, consulting on it, and the reception has been 100% favourable. It’s an idea which initially evokes some reticence, but once we’ve explained it the guys go home thinking: ‘in the end, it’s not a bad idea’. They change their minds.” 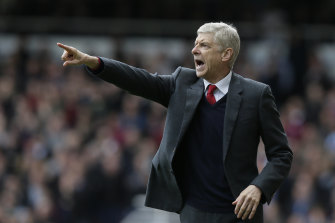 The conversation gained serious momentum in May after a formal request by the Saudi Arabian Football Federation for FIFA to carry out a feasibility study on biennial World Cups. FIFA insists that is all it is: a consultation process with “no predetermined objectives”, while Wenger is adamant there is no financial incentive behind it.

Some countries from Asia have come out in favour. “Four-year gaps between FIFA World Cup is too great – and the window of opportunity too small – to preclude whole generations of talent,” said minnows Bangladesh, Maldives, Nepal and Sri Lanka in a joint statement. “Less than a quarter of current AFC member associations have been represented in almost a century of FIFA World Cup finals in a situation where these tournaments are the real drivers of development.”

It would be a surprise if FA don’t end up in favour since CEO James Johnson, a high-ranking former FIFA executive, is one of Infantino’s closest allies in the game, and has previously endorsed his plans for an expanded Club World Cup – and especially since FA is considering a bid to host the men’s World Cup in 2034. 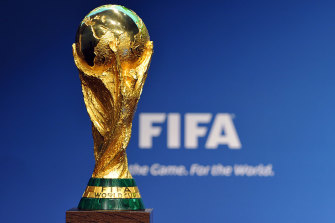 Would a FIFA World Cup every second year cheapen the value of the tournament?Credit:Getty Images

But Socceroos and Matildas fans will know that qualifying for a World Cup feels special for two reasons. First, it’s incredibly hard to get there, so making it through three arduous years of qualifiers feels like an achievement in itself – and second, they don’t come around often. Condensing the qualification period and doubling the frequency would unmistakably cheapen it all, an argument which has some powerful backing.

“We think that the jewel of the World Cup has value precisely because of its rarity,” UEFA president Aleksandr Ceferin said in an address to the European Club Association. “Holding it every two years will lead to less legitimacy, and it will unfortunately dilute the World Cup itself.”

A few days earlier, Ceferin expressed UEFA’s “grave concerns” over the plans in a letter to official fan group Football Supporters Europe and suggested that FIFA had covertly launched a “PR campaign” without looping in stakeholders.

If nothing else, FIFA’s kite-flying has united most of the 12 clubs behind the short-lived European Super League insurrection with UEFA, the organisation they were rebelling against only five months ago – a good example of how in the fraught politics of football, the enemy of one’s enemy can soon be a friend.

What it all means for the continued presence of football at the Olympics, or the fate of smaller regional tournaments like the AFF Suzuki Cup – which the Socceroos were considering entering pre-COVID – is unclear, but the signs can’t be positive.

Either way, the battle lines in football’s newest off-field war appear to have been drawn.