Bayern Munich are ‘looking to sign Liverpool target Konrad Laimer’ from RB Leipzig, as the midfielder will be out of contract next summer and is ‘keen to join the German champions’

Bayern Munich are ‘optimistic’ they will complete the signing of RB Leipzig midfielder Konrad Laimer next summer.

Laimer has been a key presence for Leipzig since joining in 2017, racking up 167 appearances.

The 25-year-old was chased by Liverpool in the last transfer window, but a deal could not be agreed and the Reds ended up bringing in Arthur Melo instead. 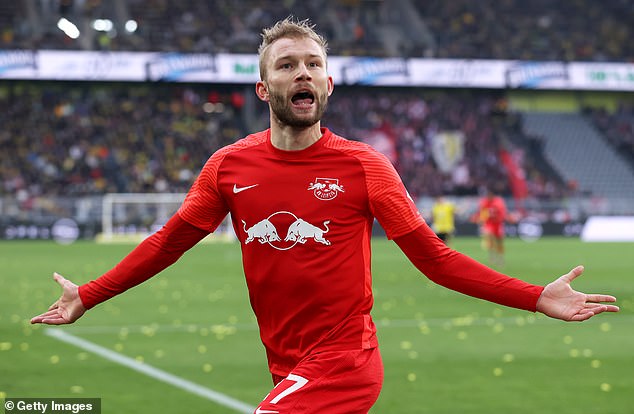 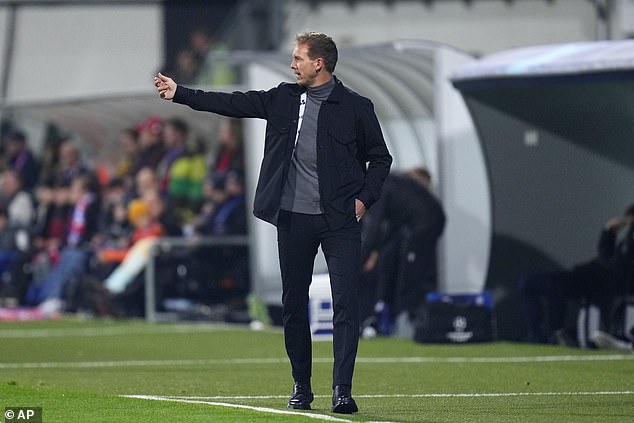 According to Fabrizio Romano, a deal to bring the Austrian to Bayern was in place in July before falling through. He also claims Laimer is keen to join the German club, who are ‘optimistic’ they will complete the transfer in the summer.

Laimer’s current contract at the Red Bull Arena will be up in June, meaning he could join Julian Nagelsmann’s side on a free transfer.

The news will come as a blow to Liverpool after Laimer previously expressed affectio for Jurgen Klopp’s side. 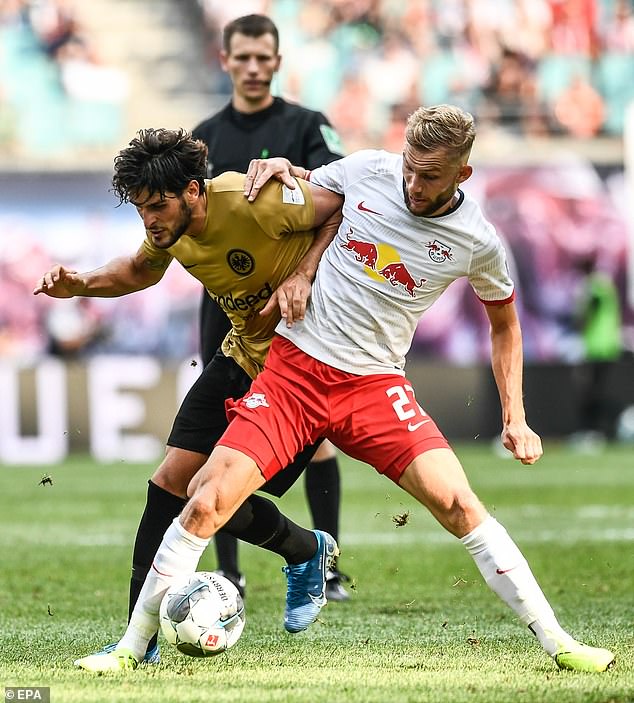 Laimer is out of contract at the end of the season, and is reportedly keen on a move to Bayern

In quotes carried by the Liverpool Echo, he said: ‘I’m generally a football fan. I generally like watching the Premier League. I’ve always been a Liverpool fan.

The midfielder also seemed keen on staying in Germany, though, as he explained: ‘I don’t think a club like [Bayern Munich] comes knocking every summer, it’s one of the best in the world.

‘When you’re associated with clubs like this, there’s a certain pride. But I’m more the guy who talks to people and needs a feeling that everything fits together.’